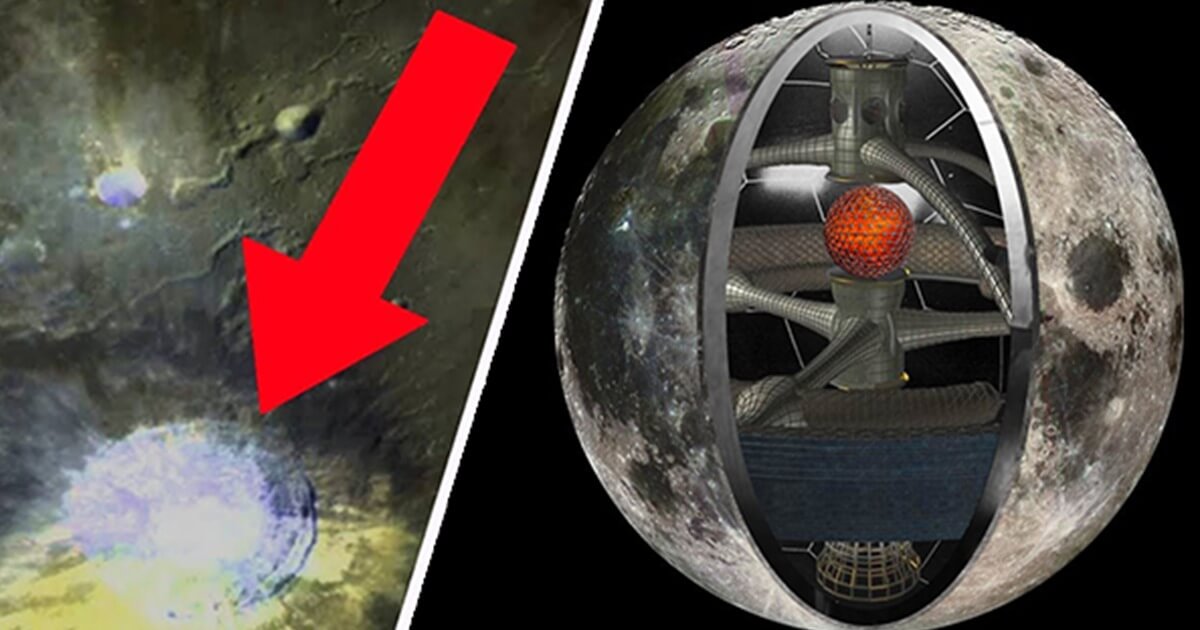 In case you didn’t know already, by far one of the most popular theories going around at the time is the one that our own satellite is not real after all. Many believe that it is actually a construct made by the aliens to spy on us.

The first man to ever head the Commission of Lunar Exploration himself, Dr. Jastrow, stated that the Moon is basically “the Rosetta Stone of the planets” which in itself is quite a statement, to say the least. According to most theorists that believe in this theory, only the outer three miles of its surface are made out of the rocky layer we see ourselves. The rest of its shell is made out of some sort of durable metal or chemical component which gives it the durability needed to withstand the impact of incoming asteroids or comets with relative ease.

Back in 1969, the US wanted to prove this themselves as they constructed a module and sent it crashing down into the Moon to see what the after-effects would be. According to them, this explosion was akin to over a thousand kilograms of TNT going off at once. As opposed to what the team would have expected from it though, the Moon sounded more like a gigantic bell than anything else, with its echo going off for well over half an hour after the initial blow up.

Ken Johnson stated that the Moon itself vibrated for half an hour as if it had a gigantic hydraulic damper strut inside.