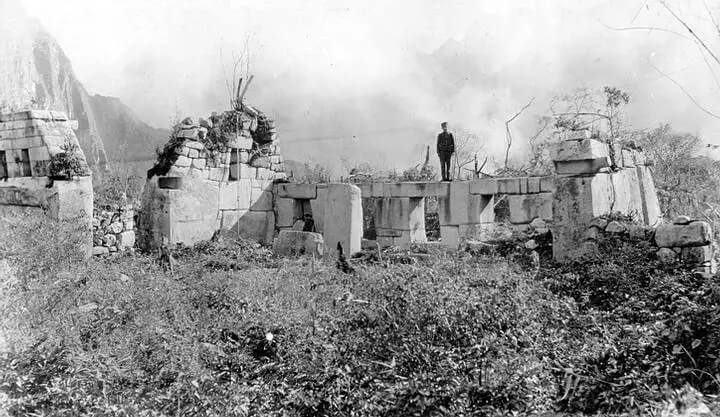 The Inca citadel atop Machu Picchu mountain in southern Peru was built and inhabited decades earlier than previously believed, according to new radiocarbon dates of human remains found at the archaeological site.

The discovery that Machu Picchu was inhabited in 1420 — and possibly much earlier — has implications for the date the Inca Empire came to power.

“Machu Picchu is among the most famous archaeological sites in the world, but until now estimates of its antiquity and the duration of its occupation were based on contradictory historical accounts written by Spaniards in the post-conquest period,” said the lead author. of the study, Richard Burger, an archaeologist, and anthropologist at Yale University in Connecticut.

Those historical accounts suggested that Machu Picchu was built between 1440 and 1450.

But in the new research, Burger and his co-authors found that human remains unearthed at the site show that Machu Picchu was inhabited more than 20 years earlier than expected.

The Lost City Of Machu Picchu

Machu Picchu is located high in the Andes, at an elevation of almost 8,000 feet (2,430 meters) on a mountainous ridge in the eastern cordillera of Peru.

It was abandoned in the 1530s after the Spanish invasion and later became popularly known in the West as the “Lost City of the Incas,” although its location was never unknown to the local population. Hiram Bingham of Yale University led expeditions to the site in 1911 and 1912, and he became world-famous in the following decades as an icon of the Inca civilization.

Archaeologists believe that Machu Picchu was built as urbanization under Emperor Pachacuti, a hereditary ruler born in Cuzco, the Inca capital in what is now southeastern Peru. According to a chronology based on Spanish documents written after the conquest, the iconic citadel was erected around 1438, after Pachacuti rose to power and began expanding the empire to nearby regions.

To determine when Machu Picchu was built, Burger and his colleagues examined the remains of 26 people – believed to be servants – found in three cemeteries in the citadel by Bingham’s expeditions.

The new analysis measured the proportion of certain versions, or isotopes, of carbon in bone, using a sensitive technique known as accelerator mass spectrometry (AMS). Because the radioactive isotope carbon-14 decays at a certain rate and stops accumulating after living things die, the amount of this isotope can reveal the age of organic materials.

Burger explained that AMS is especially useful for dating skeleton bones where only small amounts of organic material remain.

The results show that Machu Picchu was occupied from at least 1420 to 1530, decades earlier than previously thought. That, in turn, suggests that Pachacuti came to power and began conquering neighboring regions before that, the researchers wrote.

Previous estimates of the age of Machu Picchu were derived from historical records compiled after the conquest in the 16th century by Spanish rulers of the region, and the new discoveries challenge the reliability of the use of historical records by colonial forces.

Dennis Ogburn, an anthropologist, and archaeologist at the University of North Carolina at Charlotte, who was not involved in the research, said the decades-long discrepancy in Pachacuti’s rise to power would have implications for understanding Inca history.

“As we can revise and improve the chronology based on radiocarbon dates, we are coming to see that the Incas created and began to expand their empire perhaps three or four decades earlier than the historical chronology indicated,” Ogburn commented. “This chronology shows us not only how quickly their empire expanded, but also how long they had to consolidate their control over the provinces they conquered.”

“Before improvements in radiocarbon dating like AMS,” we had little hope of refining the chronology of the Inca empire because it was a short-lived phenomenon in archaeological terms, “he added. “The radiocarbon dates from previous research did not have the resolution that allows us to adjust things the way we can now.”

The findings have been published in the journal Antiquity.