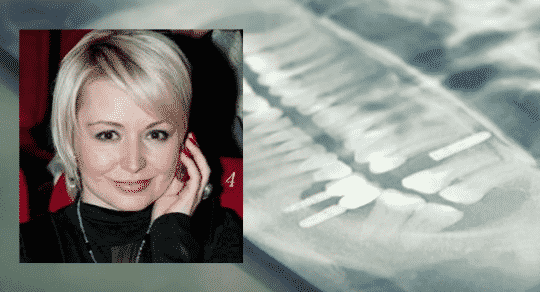 It may sound like a strange tabloid but these news has been reported all over Russian national television channels. Alongside world news, politics, and current events, Rossiya 1 (Russia 1) interviewed pop singer Katya Lel in a segment called “Meeting with UFO.”

Katya opened up her story by professing that she waited 28 years to finally feel safe to share it. She feels that now society if finally ready to hear the truth about aliens, to believe it, and to discuss it with inner wisdom and peace.

At 16, Katya remembers herself a very joyful girl, full of laughter, and fully enjoying her life. She also described herself as fearless. (Could it be that this character strength is partly why she was chosen?)

Everything changed one what started as an ordinary evening.

She was in Nalchik, a city in the south of Russia. Her mom, sister, and neighbor sat down at the dinner table for tea and friendly chit chat, when all of them saw bright light through the window.

Katya knows that it was as if they froze in that moment for quite sometime. When everyone ‘awoke’ from a trance, everyone at the table was staring at her, but Katya did not feel any different and did not know yet what happened.

Her sister was uploaded information to  pass along.

“Open your mouth,” she said.

Katya ran to the mirror, and to her shock she saw teeth missing from her mouth. Yet, there was no pain, and no blood.

“I couldn’t believe my eyes,” a few teeth were gone.

The singer was surprised to find out that a group of ufologists had correct information about what happened. SHe said another evening six ufologists visited their house, and they had details of exactly what happened to her: her address, age, time when she was visited, and that they took her teeth for an ‘experiment.’

Nine days after teeth disappeared, the same light came back, and Katya teleported to an alien ship, where she was asked if she was ready by three ‘men.’ She got scared, and told them that she needed more time on Earth, to sing more songs.

She then realized that she had prophetic dreams since she was 14, and the dreams were preparing her for this meeting.

Katya’s father was the only person in her immediate family to not believe any of her experiences. Every time she was visited, he was already sleeping.

Then one day, he was calling her from the kitchen sounding in distress. She ran to see what was going on to see him submerge his hand into a pot of boiling water without the ability to control what he was doing.

“Am I going crazy?” he asked in shock. He felt no pain.

Katya helped his hand out of the pot and under cold water, and since this incident he believer her fully.

Since then Katya sees alien ships every once in a while. One of the first times this glowing ball was following her an her sister on a street. They ran away from it, but she started fearing that they would come and take her away for good.

As a teenager, it was an emotionally hard time dealing with being visited and not being able to tell many people. She started becoming depressed and anxious. She was hearing people’s thoughts. Sometimes she would see a pair of glowing yellow eyes in the dark. She was afraid and without a clue of what to do.

Eventually she realized that no one can help her in this unique situation, and that she can only help herself. So she grew mentally stranger.

Today at 44 years old, she says that she is afraid of nothing. Her husband and daughter know her story and see ships in the sky above Moscow almost daily.

“I tell my husband and daughter: ‘If mom suddenly disappears, you know where I am.’”

It must be a relief for Katya to finally share her truth on Russian television and social media. On her Instagram, she now openly shares videos of when she sees ships in the sky for her 1.6 million followers, who as assumed, do not want her to disappear.

One of Katya’s Instagram videos shows two flickering objects in the sunny sky:

On June 20th, 2019 almost on the Summer Solstice Katya posted a night video where she said she counted about 20 UFO ships.

Katya’s experiences and openness on Instagram started multiple conversations with fans and interested public about UFOs, visitations, and what do aliens do on Earth.

One of the commentators asked if they mean harm. Katya wrote back: “No, if you are kind, they will treat you the same.”