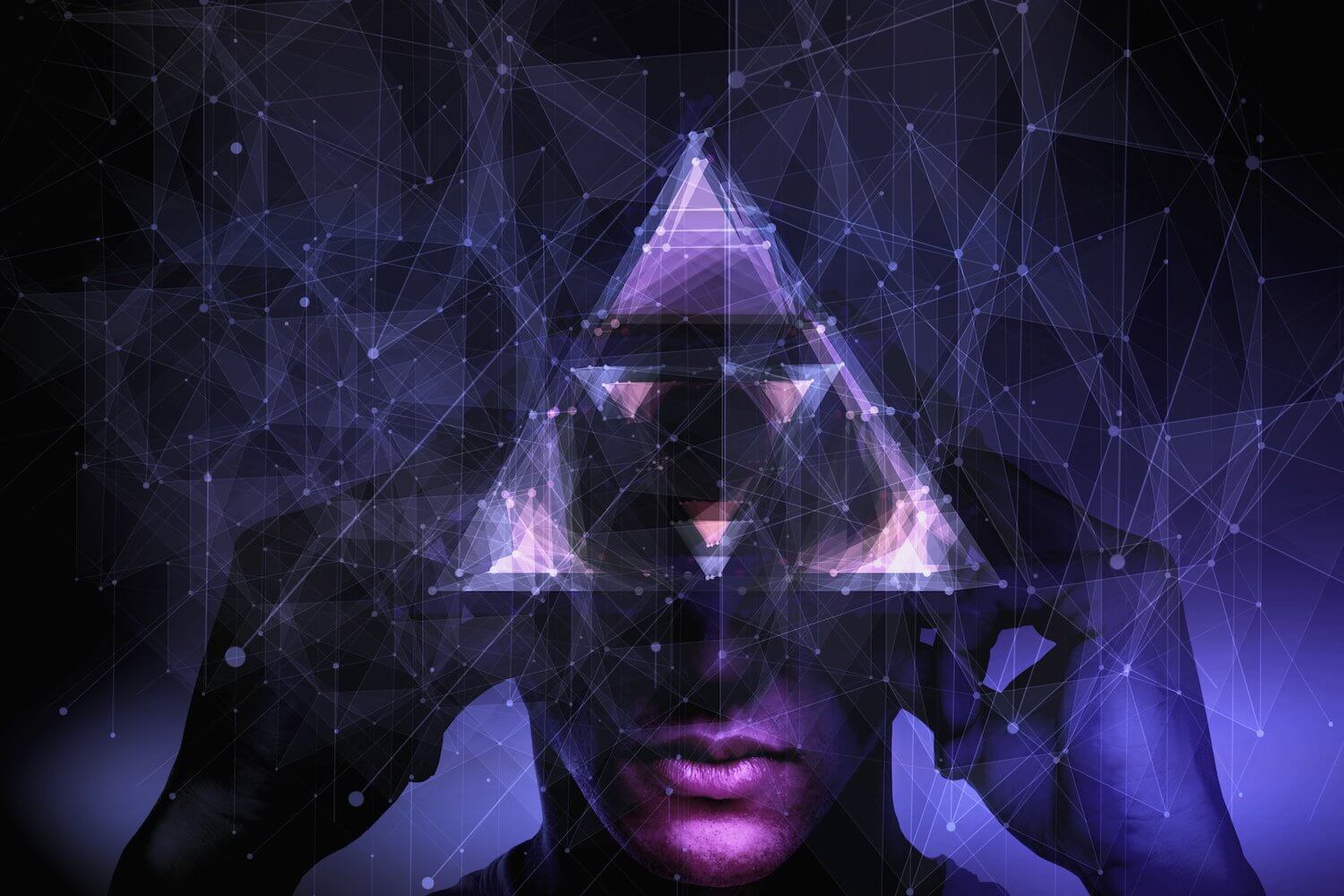 Where does the “physical” world come from? Matter at its smallest observable form, atoms, pop in and out of existence all the time. The idea that physical matter is birthed from a non physical realm, such as the “quantum vacuum” or the “void”, or something else we are unaware of is not novel.  Nikola Tesla himself believed that “all perceptible matter comes from a primary substance, or tenuity beyond conception, filling all space, the akasha, or luminiferous ether, which is acted upon by the life-giving Prana or creative force, calling into existence, in never-ending cycles all things and phenomena.” (Man’s Greatest Achievement, 1907)

A paper published by Parahamsa Tewari in the journal Physics Essays explains,

acuum of space which fills the universe is itself the real substratum of the universe; vacuum in a circulating state becomes matter; the electron is the fundamental particle of matter and is a vortex of vacuum with a vacuum-less void at the center and it is dynamically stable; the speed of light relative to vacuum is the maximum speed that nature has provided and is an inherent property of the vacuum; vacuum is a subtle fluid unknown in material media; vacuum is mass-less, continuous, non viscous, and incompressible and is responsible for all the properties of matter; and that vacuum has always existed and will exist forever….Then scientists, engineers and philosophers will bend their heads in shame knowing that modern science ignored the vacuum in our chase to discover reality for more than a century.”

This non-physical “field” may also be dark energy, we don’t really know or understand it quite well, but we know it exists. A declassified Defense Intelligence Agency document touches on this,

“We do not understand why it exists or how it is created; we simply know it provides an ever-present force on spacetime, causing the universe to expand. Indeed, recent high-precision experimental observations indicate dark energy may be a cosmological vacuum energy.”

So, if our material world is birthed from this non material “stuff”, does consciousness play a factor? It’s interesting to contemplate, especially given the fact that consciousness is not a physical thing, nor is it the result of any known physical process or biology. You cannot pinpoint or find the source of consciousness within the brain. Even at the quantum level, factors associated with consciousness have been known to change the behavior of matter, like photons, suggesting that matter itself may be a conscious perceiving thing.

Does this mean that all “physical” things possess some type of consciousness? Photons don’t have a brain, do they? What about plants? There is a growing amount of evidence suggesting that plants act and behave in ways suggesting that they are a thinking things, capable of feelings, emotions, perceptions and thoughts.

If consciousness can have such an influence over matter, and is a non physical property that exists within all physical things, could it somehow be responsible for the creation of reality? This has been a common theme discussed within the realms of quantum physics for quite some time. In fact, the discussion of “ether”, this non physical, indescribable “stuff” has been the subject of contemplation for thousands of years. Plato wrote about the ether  in his work Phaedo, and explained how life exists within it. He believed what air is to us, the ether is to them. Is the ether alive? Is the universe itself, which could be primarily made up of this non-physical stuff, a conscious living entity?

Another paper has emerged claiming that “observers” are responsible for determining physical reality, and that conscious observers themselves generate and create the structures of time and space.

What’s interesting to contemplate here is that, if this is true, it would include all “observers” within the universe itself, not just human observers. It reminds me of the double slit experiment, where tiny bits of matter are shot through a slit forming what’s called a wave pattern of probabilities and possibilities, but when an observer is introduced the wave function collapses.

One of the authors of the paper, Robert Lanza, told Big Think that observers can dramatically affect the “behavior of observable quantities” both at a microscopic and massive spatiotemporal scales. In fact, a “profound shift in our ordinary everyday worldview” is necessary. The world is not something that is formed outside of us, simply existing on its own. “Observers ultimately define the structure of physical reality itself.”

How does this work? Lanza contends that a network of observers is necessary and is “inherent to the structure of reality.” As he explains, observers — you, me, and anyone else — live in a quantum gravitational universe and come up with “a globally agreed-upon cognitive model” of reality by exchanging information about the properties of spacetime. “For, once you measure something,” Lanza writes, “the wave of probability to measure the same value of the already probed physical quantity becomes ‘localized’ or simply ‘collapses.’” That’s how reality comes to be consistently real to us all. Once you keep measuring a quantity over and over, knowing the result of the first measurement, you will see the outcome to be the same

Who knows, but the most important point to takeaway here is that consciousness itself is fundamental to the creation of our physical experience. If we want to change the world, ultimately we have to change the way we think, feel and perceive. This is a key factor that is directly intertwined with the type human experience we create for ourselves.

This is why, perhaps, sometimes it seems that the greatest resource for powerful people, politicians and corporations is human consciousness itself.  If we ourselves determine what direction humanity heads simply by what we think and feel, just imagine what somebody could do if they could manipulate that aspect within us? The state of the world today, some might say, is chaotic, and that could be a direct result of the fact that the collective mind and heart is not in a state of coherence.

You might say “we are all over the place.” We’re separated by our beliefs and unable to come together in understanding and harmony. This collective state of being in turn will create a physical experience that reflects that, which is exactly what we are seeing today and have seen throughout human history.

Below is a great little documentary from a colleague of mine, it’s based off an essay he wrote for his philosophy master’s degree. It dives a bit deeper into this discussion.