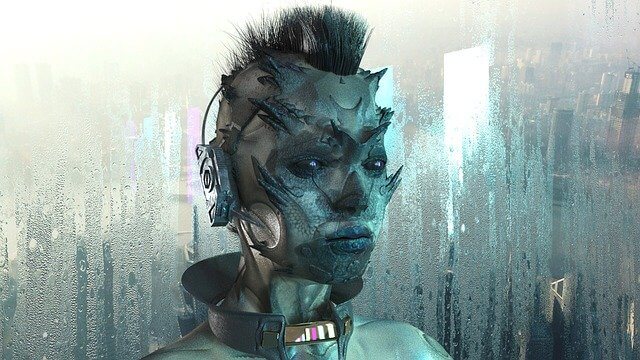 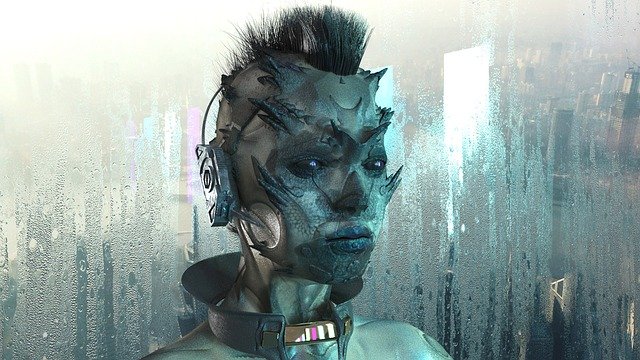 The Lacerta files or archives, are two interviews with a young female from the earth ‘s inner civilization. She tells the story of mankind ‘s origins, the earth’s inner core civilized world, extraterrestrial life, types of spaceship models, as well as things we do not know about the Earth’s past. In the foreword of the story, the interviewer Ole K wrote this first sentence: ‘I guarantee that the following content is absolutely true and not fictitious‘.

On December 16, 1999, in a remote forest in southern Sweden, a thin layer of white snow covered the roof of a cabin, as if hanging a huge, soft wool blanket on the cabin window Swaying the orange-red soft light of the fire. Ole put down the cup in his hand and looked out the window.

The sky had gradually dimmed. He is waiting for a visit from a special guest. After a while, he heard the promised knock on the door, and Ole quickly got up and creaked on the floor that had been in disrepair. At the moment when he opened the door, Ole was stunned. Who is this sacred person?

It turns out that the owner of the cabin is actually a friend of Ole, we call him EF. He has always been alone in the forest. A year ago, a young female from the inner earth civilization came to this forest in Sweden to search for biological specimens, and accidentally saw EF’s cabin.

Out of curiosity, the creature knocked on the door of the cabin. EF, who was on his lunch break, was very surprised, because there was usually no person in sight where he stayed.

EF opened the door of the house and saw a beautiful young brown-haired girl standing in front. Reptilians can control the human brain through mental abilities, modify the information conveyed by the human eyes, and make people think of them as normal and ordinary human appearances, which is also a kind of telepathy.

However, when the female ‘guest’ later visited EF’s cabin for the fourth time, she revealed her true identity and true appearance to him, and EF screamed out of fright.

Ole is full of question marks: ” Did EF live alone in the forest for too long and imagined such a non- human friend?” Of course, it took EF some time to convince the female visitor to see other people as she was reluctant for his human friends to see her face.

She knew that if she would tell her story, no one would believe her anyway and agreed. In this way, a meeting with a weak foundation for mutual trust between the two parties was finally reached.

EF couldn’t hide this secret and couldn’t wait to reveal this incredible encounter to his friend Ole. He also wanted to facilitate the meeting between Ole and the female reptilian. He repeatedly said to Ole:

“Those unsolved mysteries on the earth, if you want to know, ask them.”

Lacerta is the approximate pronunciation in English. According to a later explanation, the sound of this word cannot be made with human vocal cords. This is an excerpt from a conversation between the author and an alien creature in December 1999. It can be seen that the author is very aware of the fact that the possibility of this story being accepted by others is very low.

This reptilian named Lacerta was introduced to Ole, the author by a friend named EF. Ole emphasized at the beginning of the article that before this happened, he was a sceptic, and always thought it was a joke between his friend and him.

Lacerta replied that he was not a human being, not even a mammal. She is a female ‘reptilian’ life form, belonging to a very ancient race, she said that their lizard talents are the aboriginal people of this planet.

Their race is mentioned in the literature of earth civilization. Some tribes respect them as gods, while others call them evil serpents, so she does not consider herself to be an alien. At the same time, she pointed out that the evolution of human beings is not natural, but is participated by several alien races.

Lacerta said that their time unit is different from that of human beings and is not based on the sun. It is calculated based on certain cycles of the earth’s magnetic field. In terms of earth’s time, she should be 28 years old.

Ole continued to ask her, about her mission, and if there are jobs in her planet similar to human ones.

Lacerta said that she is a curious student, and her major is similar to our social behavior. Her task this time is to investigate the reaction of human beings after receiving information about reptiles. Lacerta believes that humans are full of lunatics and liars, and even if their reptilian information is made public, humans will not believe what she said.

Ole asked her about UFOs

Lacerta told Ole that many of the UFOs they discovered were natural phenomena, and some were aircraft of the human military. The rest were indeed spacecraft of various alien races, including their lizard people. They will try to be invisible without affecting human activities. Their discoverability is often caused by a careless operation and malfunctions of the spacecrafts Their spaceships would appear more often in the north and south poles of the earth and the mountains of Asia.

Lacerta did not allow Ole to take her picture because she believes that even if human beings see her photo, they will say that it is an earth woman wearing a mask.

But Lacerta began to describe her true appearance in detail. Similar to humans, they also have hands, feet, a head and body, and as a female, she also has a pair of breasts, but they are very small.

Males also have the same genitalia as humans, and they are also smaller than humans. From the perspective of biological evolution, exposed genitals are unwise, and exposed genitals mean that there is a greater chance of injury. However, human society is keen on larger genitalia. Reptilians are also a race that advocates sexual abilities, but they will compare sexual abilities, not the size of sexual organs.

Lacerta said that her skin was greenish brown, thus the ‘reptilian’ assumption. The hierarchy is very clear, and it is innate and easy to distinguish. White, golden, and blue are the highest-ranking reptilians, belonging to the royal family and nobles.

In the dialogue of an African chief, there is a red and black lizard man, who should belong to the warrior class. The gray and green reptiles like Lacerta are the lowest order. But even at the lowest level, Lacerta can easily show some incredible abilities such as transformation, telepathy, and moving objects through space.

Transformation is determined by the reptilian genes, and telepathy is indeed the inherent ability of most life. We humans have always communicated in words and signal. But during established archaeological discoveries, it is difficult to find written records 5,000 years ago.

According to the explanation in some materials, such as the Atlanteans 12,000 years ago, they can communicate effectively with people even far away through telepathy.

Therefore, they do not rely on written records at all, so they did not leave their writing. Language is just a polite act for them.

Let’s make an analogy. The http protocol is often used when two computers are connected to each other. This is probably the principle. First input the information from the external device, code it into a binary format through the program, and then package the relevant protocol. The information is transmitted to another computer through electromagnetic waves such as Ethernet or wifi. Another computer is doing the inverse calculation on it and finally outputting the information to the display.

The reptilian language is similar to this series of behaviors, and the principle of telepathy is to directly link two brains. There is no need for external devices such as mouth and ears to convert the data format. Both parties only need to clarify the frequency of the information and the parameters for comparison. For example, the communication frequency is 187.5kHz and the parity bit is enough. Therefore, the principle of telepathy is inherently simpler and faster than using words.

Human beings just rely too much on their external sense organs, and forget some of the inherent abilities of the brain.

After that, Lacerta demonstrated her ability to move objects in space. She let a pencil dance on the table, and let an apple hover about half a meter above her hand.

Lacerta said that she is not a physics major, but she can barely explain these principles. She mentioned the concept of the physical fantasy. All the existence of matter is a manifestation of field effects and energy accumulation. The human brain can only see one aspect stubbornly, and there are some aspects that humans have not yet discovered, such as the morphogenetic field or super layer that she calls information stuffing.

She said that people with strong mental power can understand the matrix through consciousness and influence the superlayer. The soul is also involved in this process. Human beings do not believe in the existence of the soul, so it is impossible to gain more knowledge.

Ole asked about the famous Roswell incident in 1947

Lacerta said that between 1946 and 1953, there were 5 UFO falling events due to the unpredictable magnetic field of the earth and the magnetic field vortex. The gray races in that incident were not friendly to humans. They were a kind of artificial life form. They did not want humans to develop, nor did they want to conflict with humans.

So in 1960, they established contacts and signed agreements with the US government. They have obtained mineral resources from humans, the right to establish bases, the right to access secret defense data, and the permission to kidnap humans and animals to obtain DNA. And all this is just to quell Americans’ desire for power.

In the end, Lacerta pointed out the ignorance and deception of religions on earth, which are nothing more than a means of borrowing the name of God to control other people and a way of brainwashing.

The full text is not very long. When Ole was about to publish his article, he was obstructed a lot, because no one believed what he said.

Everyone can tell the authenticity of the story.

The editor feels that we should abandon our original cognitive limitations to process his encounter.

Try to think about the obstacles to the development of human civilization and the logic of existence of alien civilizations.