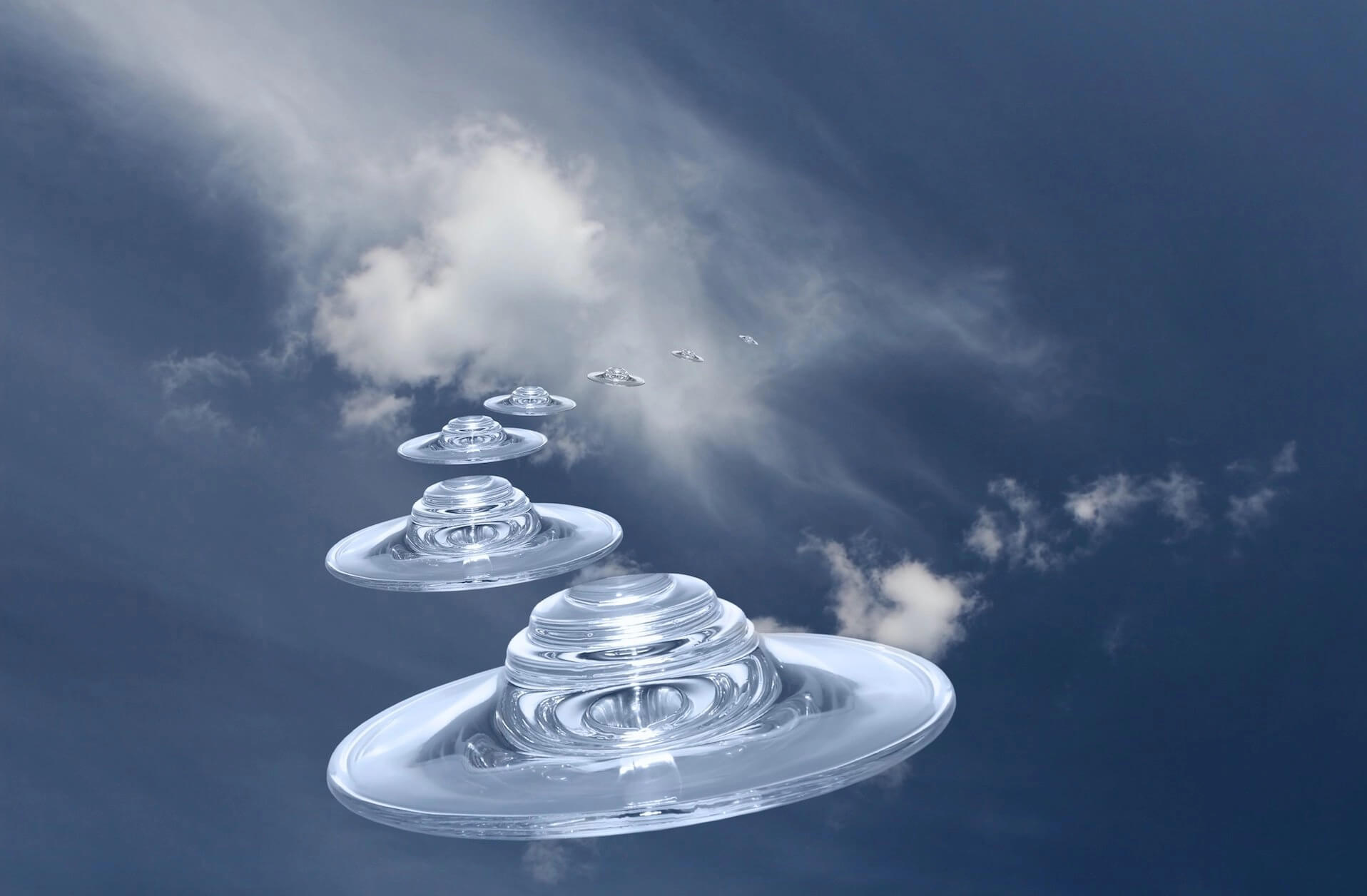 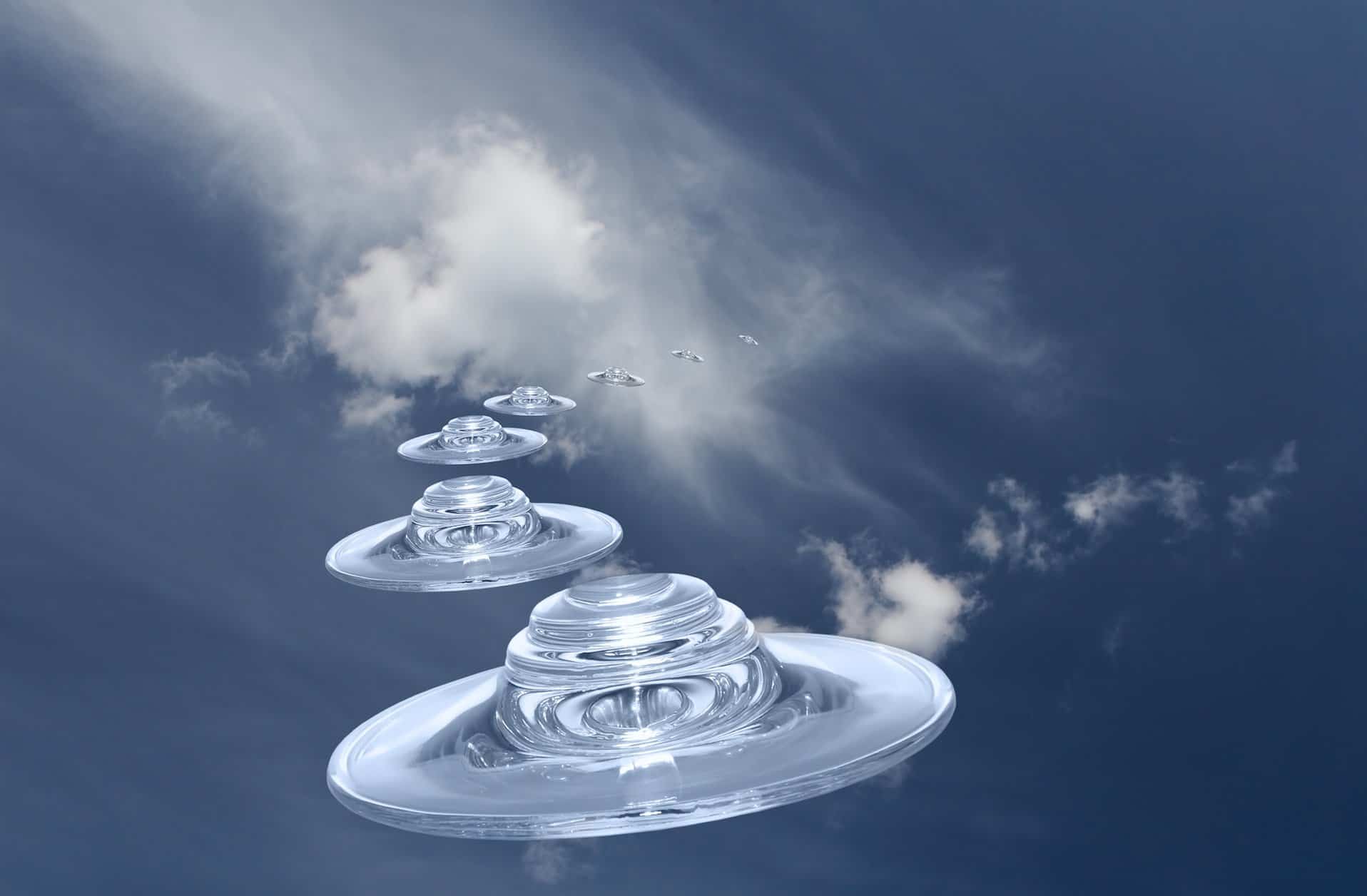 The Kenneth Arnold UFO sighting on June 24th, 1947 may have ushered in the term “flying saucers”, but it opened the door to more mystery than we could imagine.

About two weeks later, Roswell exploded onto the front pages of newspapers.

Kenneth Arnold reported nine disc-shaped objects flying past Mount Ranier at a speed of about 1600 miles per hour.

This was just two years after World World Two had ended and speed was faster than any aircraft of the time could manage.

Arnold may have reported a UFO sighting, but according to one of the world’s most respected researchers Dr. Irena Scott, he bought himself a whole lot more.

Arnold ran into plenty of resistance after his initial report. Men in black and mind control were two symptoms of his initial ufo sighting.

The Kenneth Arnold UFO Sighting And The Events Surrounding It

The events which surrounded the Kenneth Arnold UFO sighting could only be described as strange and bizarre.

It should have been a straightforward UFO report.

It was almost as if Arnold had disturbed a “hornet’s nest of cover up”. Remember the scene in The Exorcist when Linda Blair was able to spin her head a full 360 degrees?

Arnold’s description of what he saw seemed to elicit the same response from those who already knew about “flying saucers”.

Scott has worked at some of the world’s most guarded facilities. She is a tenacious researcher and has few peers in this area. She wasn’t relying on what the government or media was feeding her about UFOs and had to find out for herself.

When Kenneth Arnold was asked to investigate the famous Maury Island incident of 1947. He was to meet with Maury Island witness Harold Dahl. That’s when things really got weird.

Arnold flew to Washington State at the end of July and during that flight, had his second UFO encounter.

This time he encountered small discs no more than three feet in diameter. There were at least two dozen of them and they moved very fast.

They didn’t seem to fit the larger spaceship profile which probably resulted in this incident not getting the exposure it should have.

When Arnold eventually arrived in Tacoma, Washington, the weird meter went into overdrive.

“He didn’t tell anybody he was going to Washington and when he landed he couldn’t find a motel or hotel”.

“He called around and called the most expensive hotel in town and they said there was a reservation for him”.

“And he never made a reservation because nobody knew he was coming. He thought somebody else by that name had the reservation”.

“He went anyway and it turned out nobody was there. So it seemed a little fishy to start with. There was a reservation in his name when nobody knew he was coming”.

Arnold found Dahl’s name in the room’s phone book and called him. Dahl however, was reluctant to talk. In fact, Dahl insisted Arnold get out and go home and forget the entire business.

As it turns out, Arnold met Dahl who told him of his encounter with men in black. Dahl said his family was threatened if he didn’t ship about his UFO sighting.

The Stuff Of X-Files?

It’s the stuff of The X-Files. Replace Kenneth Arnold with Fox Mulder and you have the popular television series in real life.

Scott has recently been heavily involved in researching The Pascagoula Incident. The 1973 UFO event made world headlines and will soon be presented as a television series.

Dr. Scott has helped pinpoint new witnesses in the case who have provided some amazing testimony.

During the 2020 Aliens Revealed Live Online Summit, I interviewed Dr. Scott. The following is the full interview I did with her.

She talked at length about her research on UFO cover ups. She also relates an experience she had with her sister on the outskirts of Boston in 1968.

It involved a massive UFO, men in black and a highway car chase. It could have cost Dr. Scott and her sister their lives.