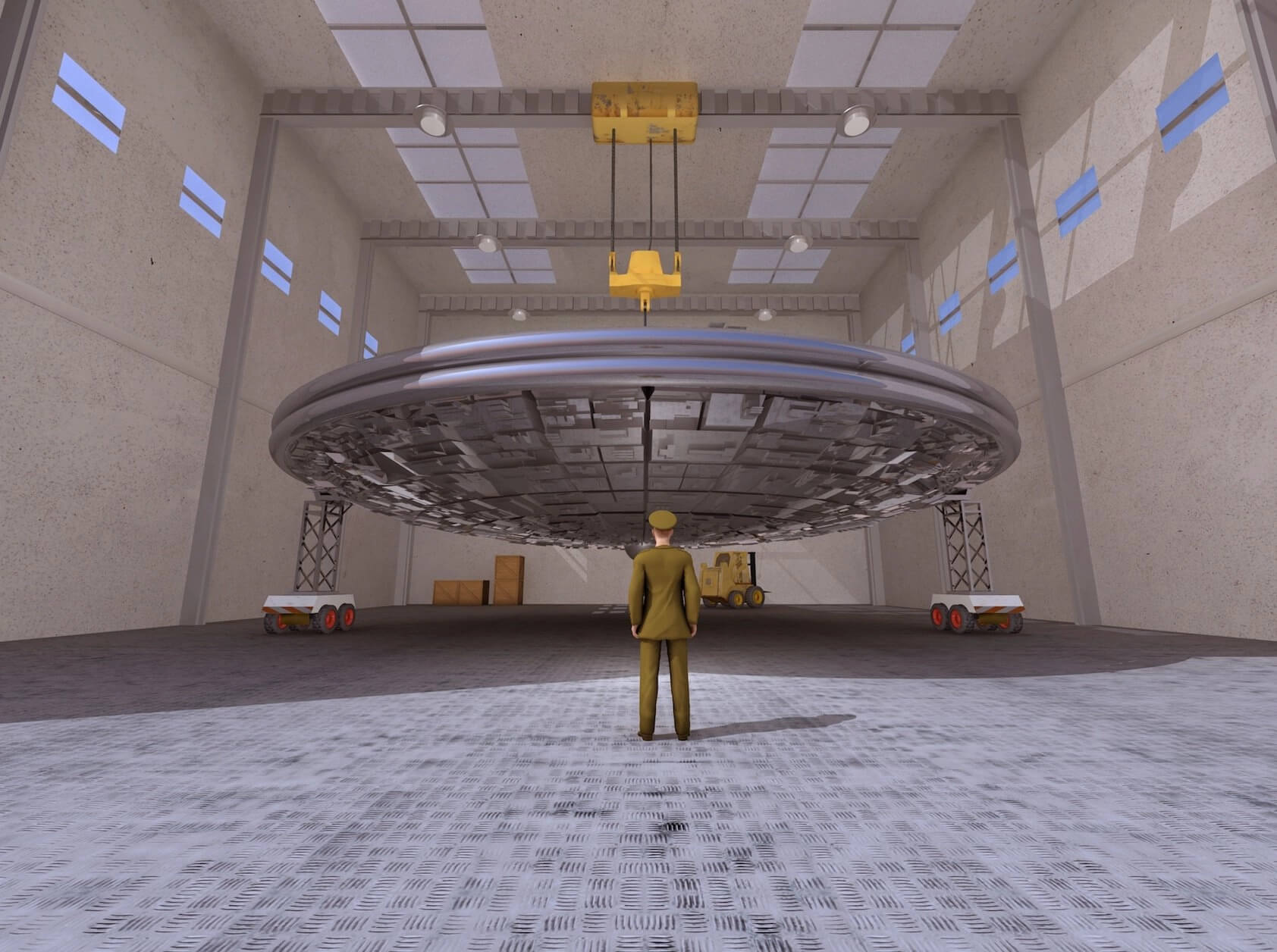 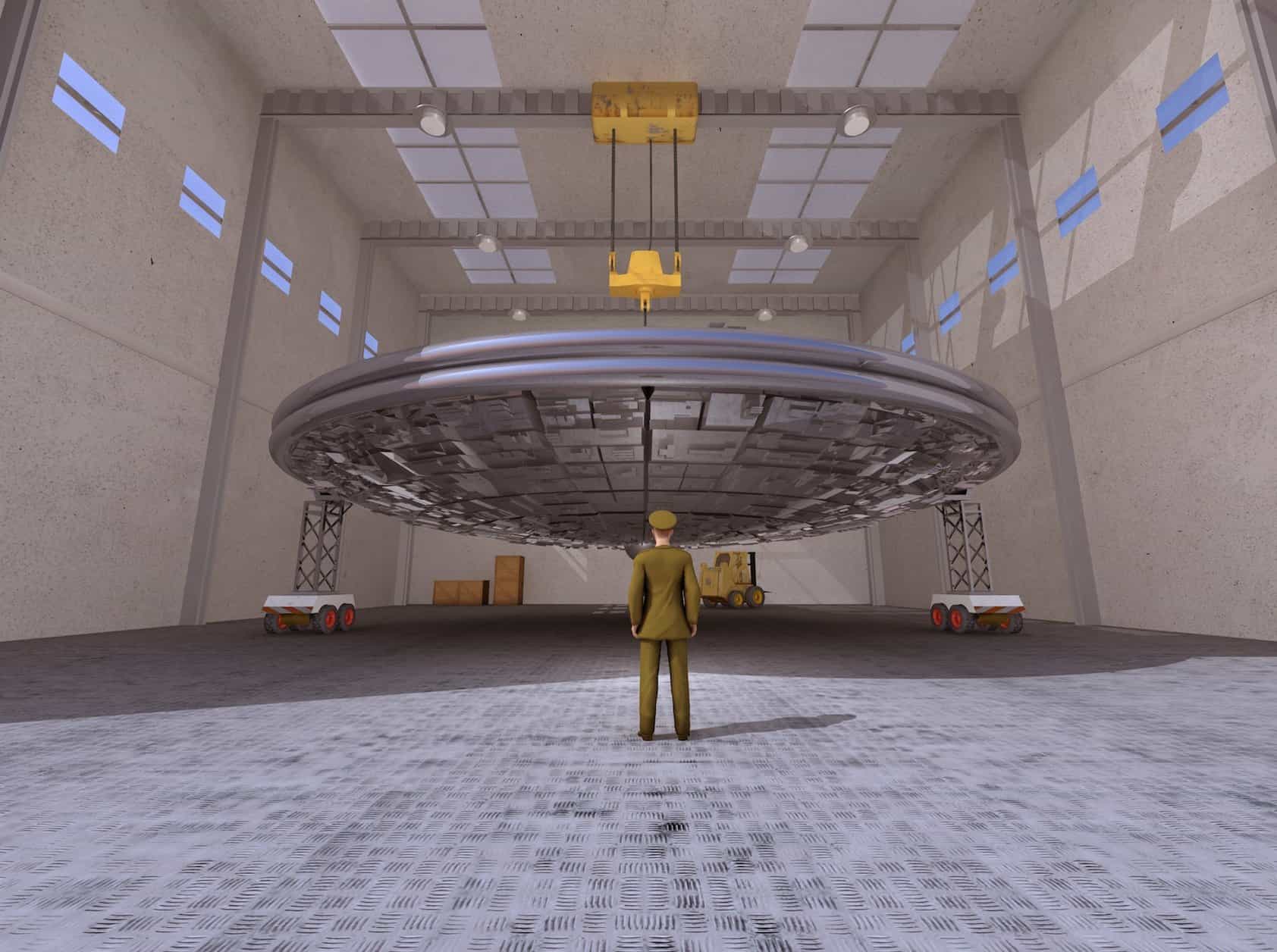 The UFO conspiracy has become part of our landscape for the past seventy five years.

We are using Kenneth Arnold’s famous 1947 sightings as the start of the UFO cover up but many will point out it started well before then. At least two decades before.

Roswell, MJ-12, the mysterious death of America’s first Secretary of Defense James Forrestal and the Washington D.C. UFO incident all happened within a five year span and the era of UFO conspiracy was “off to the races”.

When the internet came into vogue, suppressing the UFO truth suddenly became tougher.

Today, UFO evidence is all over the internet and while some of it may be questionable, there’s more than enough of it to squash any doubt UFOs are real.

Add to this the enormous proliferation of television programs, documentaries and movies dedicated to the UFO truth, skeptics and debunkers are hardly effective anymore.

In fact, it’s fair to say they are being “laughed off the stage” whenever they attempt to discredit evidence.

They no longer seem to hold “the whip hand”.

S.E.T.I. seemed like a great idea when first conceived. But consider this, in the five or six decades it’s been pointing it’s dishes to the heavens, it hasn’t detected any intelligent signal from ET. That’s as far as we know.

So what are we to believe? There’s no alien life out there because they’re not responding to our signals? Or the eyes, ears and voices of witnesses of all nationalities worldwide reporting UFOs?

If it’s the former, then is everyone who reports UFOs or a contact experience a liar?

The UFO Conspiracy Could Be Over

So how do skeptics respond when credible people in the scientific field examine ufo and anomalous evidence and can’t debunk it?

And how do they respond to recent events such as the tic tac videos? Or lawmakers asking the Pentagon to release what it has on ufos?

People with training in the scientific field seem to be taking more of an interest in the evidence being presented.

But this is not a recent thing. It’s been going on for a long time.

It seems with what appears to be a gradualist disclosure process happening, scientific folk are now being taken more seriously.

For example, Dr. Mark Carlotto is an engineer and scientist. He has several decades of experience in satellite imaging, remote sensing, image processing, and pattern recognition. Before he makes any decision, he spends time analyzing the data presented.

Dr. Carlotto dedicated much of his spare time to investigating the anomalies on Mars including the famous face.

He used a technique called shape-from-shading to analyze the 3-D structure of the Mars face. His technique received recognition during an episode of the popular National Geographic series Cosmos.

Dr. Carlotto has also devoted a lot of research to the origins of the human race and ancient mysteries.

His latest work has been presented in a book titled Not Of This World: An Emerging Picture Of The UFO Phenomenon.

Dr. Carlotto has used his pinpoint expertise in his field to examine everything from the relationship between UFOs and crop circles, objects in space that defy the natural known laws of physics, orbs and the recent tic tac videos.

His findings? In true scientific talk, this is taken from his book:

“UFOs and UAPs are likely real, appear to defy the laws of physics as currently understood, apparently exceed known aerospace capabilities, and might not be extraterrestrial in origin, suggest that reality may be completely different from what we think it is…”

For the UFO believing community, he’s just confirming what we know. More importantly, it’s giving the UFO conspiracy another black-eye.

Not A Good UFO Investigator?

By his own admission, Dr. Carlotto admits he is not a good UFO investigator. He’s a man of science and looks at and studies the data and facts.

“I’m not really a good UFO investigator or at least the classic type, which is very skeptical”.

“I tend to accept the data as is and then I try to understand it”.

“I know some of my early work was in trying to determine whether some of the photos, particularly back in the 1990s, were faked”.

“It’s really not my thing. I tend to assume that there’s a legitimate phenomenon out there”.

Dr. Carlotto is the classic scientist. He tends to accept the data and then tries to understand it. So when he says “UFOs and UAPs are likely real” after studying the evidence, we need to take notice.

Dr. Carlotto doesn’t just present verbal findings in his book. I’m a stats, figures and photo evidence type of guy myself. This is what makes this piece of work so valuable and powerful.

While he admits by including a lot of statistical data could scare some people off, it’s the only way to present his positive findings in a way that would satisfy both believer and skeptic alike.

“Yeah, I write up front that I hope I don’t scare too many people away because there is some math in there”.

“But it’s meant to illustrate and explain. You can skip over it if you like. But there are tables and graphs and there’s a lot of pictures, I think close to one hundred figures”.

“I tend to prefer figures to doing a lot of talking plus, I have to have data”.

“I don’t like to speculate. I’d like to be able to say this is what I think and then point to the data. And that’s what I try to include in the book”.

So After Studying The Data Are UFOs Real?

When I interviewed Dr. Carlotto I knew as a scientist he would be armed with plenty of data and research.

The bulk of the UFO believing public just want to hear that these otherworldly craft are not of human origin.

With the scientific crowd, it’s “give me the data and I’ll take a look and run some tests on it”.

I was extremely encouraged with Dr. Carlotto’s response to this question:

So, after studying all these pictures and looking at all the facts and figures, what’s your verdict? Are UFOs real?

“There’s a real phenomenon out there but it’s complicated. There’s a lot of aspects to it, and it’s clearly existed for a long time going back to biblical times and beyond”.

“There is something that we’re observing. Reports are everywhere and they’re increasing. It’s persisted for thousands of years yet we don’t have a single radio transmission from a distant galaxy”.

In the following interview with Dr. Carlotto, he talks about the one thing that’s still a little confusing. It concerns S.E.T.I. Despite all the evidence pointing to UFOs and UAPs being real, he is concerned that we are yet to receive a response signal from ET.

We also talked about contact experiencers and their emergence, inter dimensional entities, the spiritual realm and UFO realm being one and the same, and the possibility that previous civilizations existed on this planet before humans and disclosure.