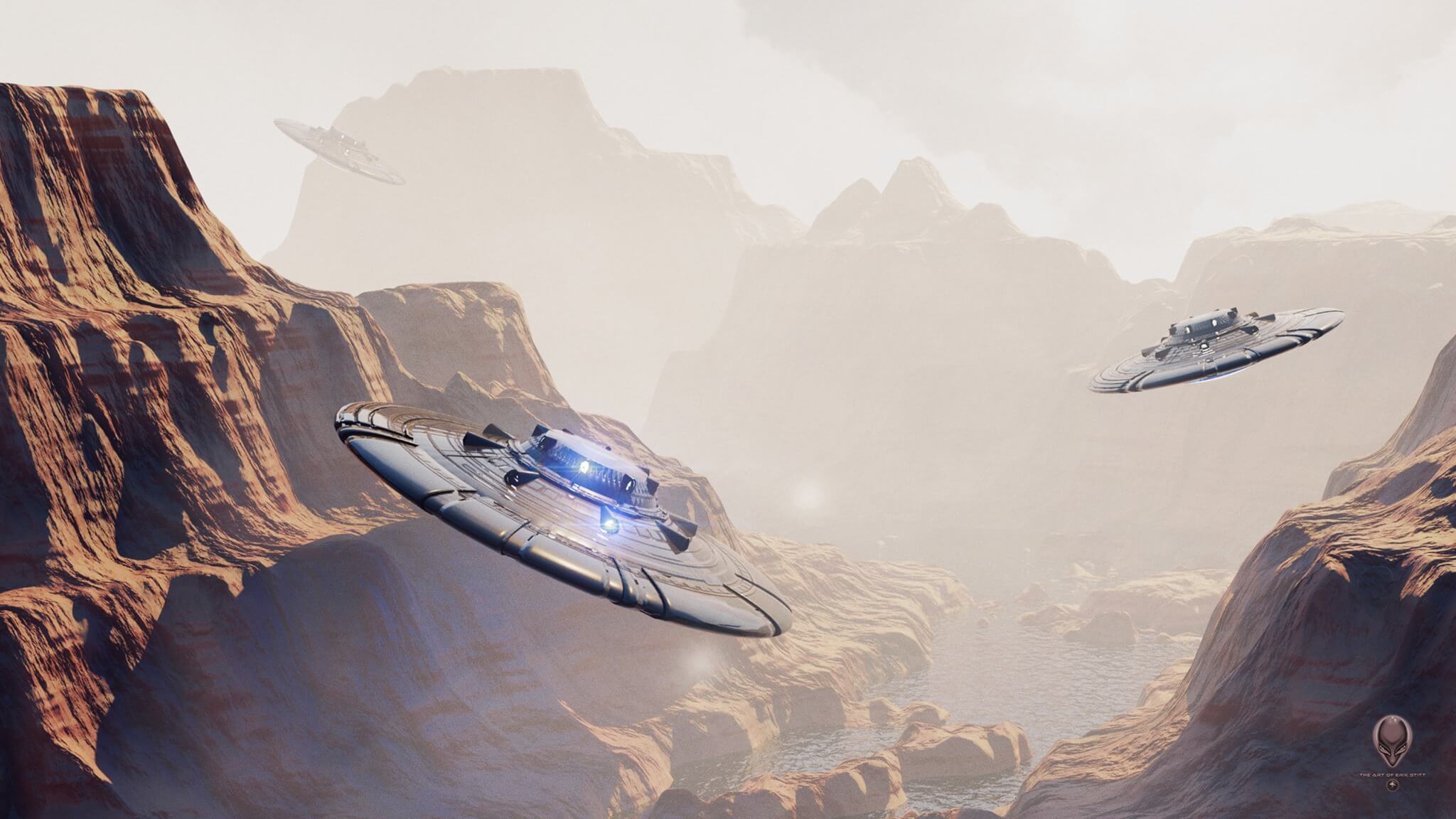 An extremely compelling account of alien abduction that took place in 1987 in the Ilkey Moor, Yorkshire, U.K. is a unique case which may include one of the very few photographs taken of a live alien being. The main character and only witness of a UFO and alien being is one Philip Spencer, a retired policeman. He claims to have been taken aboard an unidentifed flying object, and snap one photograph of an unknown being.

Ilkley Moor is very much like you would expect: a place of mystery and intrigue, and full of legends. There have been a number of reports of UFOs over the area, along with odd lights that seem to come and go. The lights, shining through the dense fog, can play tricks on the mind. There are two places where planes come and go-Menwith Hill Military Base, and Leeds Bradford Airport. Some of the strange sightings in the moor may be attributed to plane lights, but they will not explain what happened to Philip Spencer.

A Walk Across the Moor:

Spencer had worked as a policemen for four years in another location, but to fulfill his wife’s wishes to be closer to her family, he had moved the family to Yorkshire. Spencer was taking a walk across the moor one December morning to his father-in-law’s house, and was hoping to take some photographs of the strange lights on the moor. He had loaded his camera with ASA rated film to get the best quality pictures he could in the less than perfect lighting conditions. He could not imagine what was to soon befall hi

Spencer also brought along a compass to help find his way in the early morning hours before sun up. He was attempting to get some good angles for his photographs, when he saw a strange-looking being through the fog. The small being was on the slopes of the moor. Spencer took aim and photographed the small creature. He felt that the being was attempting to wave him away from the area. Whatever the being was, it ran away.

Spencer wanted to know more about what this strange being was, and what it wanted. He took off trying to catch up to it. Later, he would state that he must have just acted on impulse, as he had no fear of the unknown entity at the time. As he ran toward the being, he was stunned to see an unknown flying craft with a dome on top rising up from the moor grounds. It soon disappeared into the sky. He was not quick enough to photograph the UFO.

The photograph that Spencer took of the creature on the moor was very blurry, but it is still quite evident that there is some type of being present. The being very much resembles the so-called “grays” of UFO legend. Spencer waited for a time to see if the UFO or the alien creature might return, but all was quiet across the moor. He began to make his way to the nearest village, to get his photograph developed, and as he did, he noticed that his compass was pointing south instead of north. Arriving at the village, he noticed that his watch was an hour behind.

Spencer made no money from his photograph, and relinquished all rights to the photograph to UFO investigators.