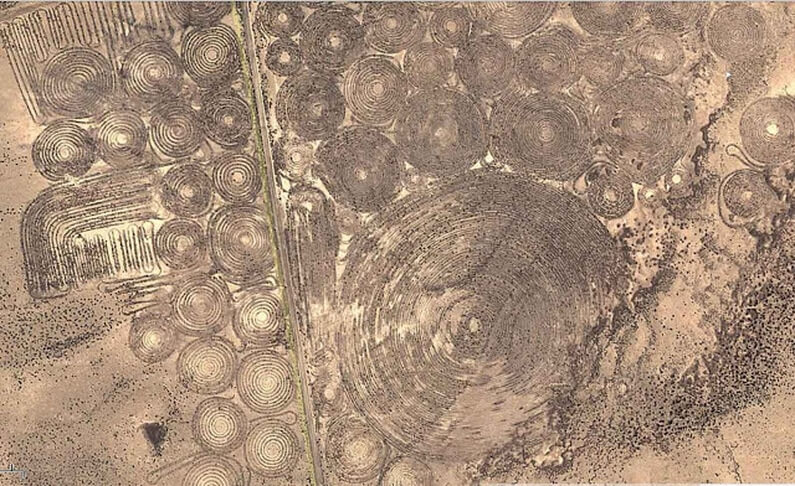 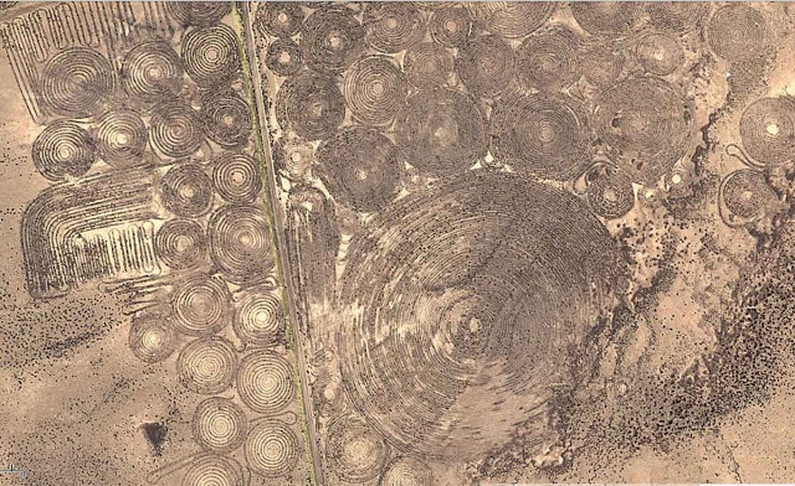 The recent discovery of an Africa version of the famous Nazca Peru geoglyphs, has led a number of researchers, including myself, to take a closer look at the landscape where the land forms are to be found.

Located in Verneukpan, a widespread dry salt pan south of Kenhardt, in the Northern Cape region of South Africa, the glyphs were discovered by Jaimy Visser, a Dutch research investigator.

The geometric shapes can only be seen from high altitudes and form large circles, collections of lines and crosshatching shapes. Visser feels that the glyphs are very old and not the work of a recent people.

“I’ve found hundreds of circular ruins worldwide while working on my Marcahuasi Project, but usually in terrains that we wouldn’t even be thinking of settling in nowadays. These spirals are incredibly large, and since it’s been an important symbol for so many cultures throughout history, I don’t think we should rule out the possibility they’re old – very old,” said Visser. ​

I’ve had a chance to survey the area using three different satellite imaging archives, from 2002 to 2011, and discovered uniform lines that run for over 3 to 5 miles in length, large and small sphere’s and strange crisscrossing patterns, that may indicate some form of early farming.

Clusters of circles and random lines, enclosed by two long grouping
of lines to form the head of an arrow —
​
But, given the barren terrain and lack of water, I doubt the lines are the remains of some ancient farming plantation, and given its location and lack of nearby buildings, the glyphs appear to be the artistic creation of some unknown people.
​The visibility of the glyphs at such high elevations means the surface of the ground has been trenched in a fashion to allow a darker lower layer of earth to be revealed. 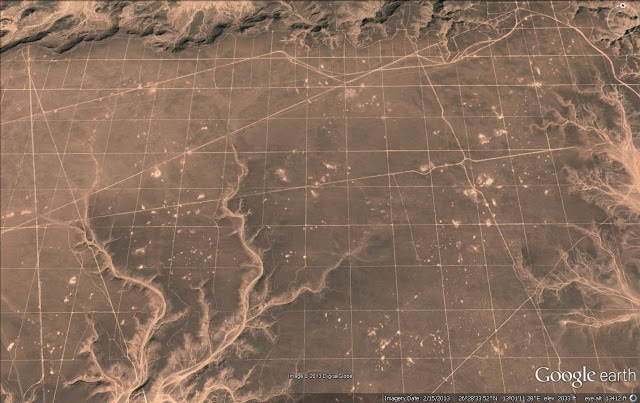 ​How old the area may be is still to be determined by the organic materials which may be present. For now we’ll have to wait to learn more about this fascinating new discovery.
Source: http://humansarefree.com/2017/01/the-fascinating-nazca-lines-of-africa.html