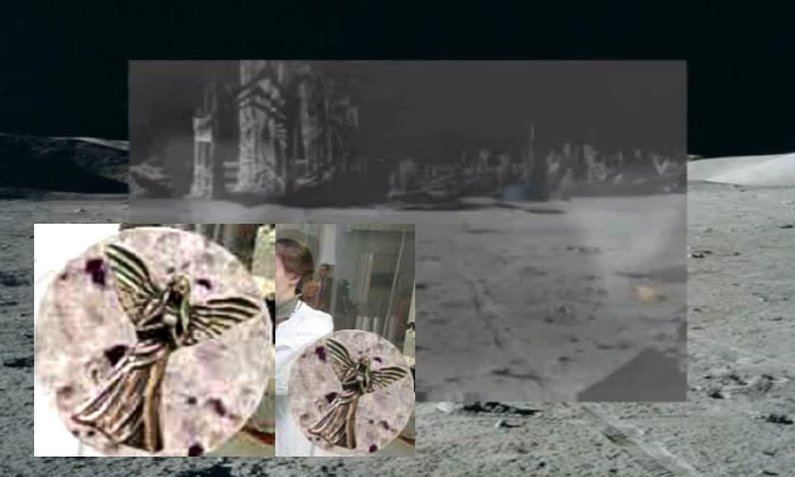 A noted scientist has just produced proof that the lunar surface was inhabited by intelligent life: a 10-inch

. Geologist Dr. Morris Charles revealed last week that NASA lab workers chipped the angel from one of the rocks brought to Earth by Apollo 11 astronauts 40 years ago, in 1969. Dr. Charles was a NASA scientist himself for 23 years but left the agency in 1987. He still maintains close ties to many of his former colleagues.