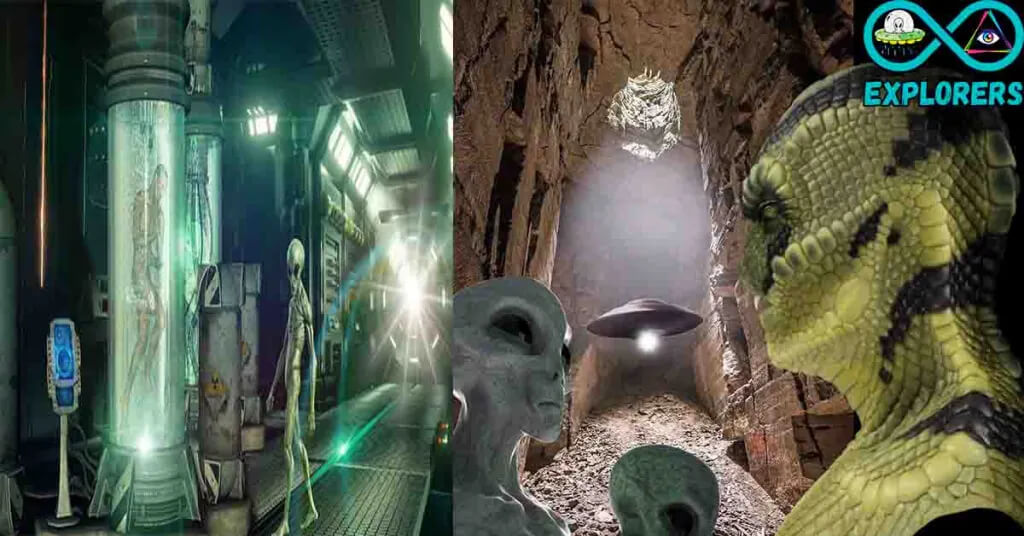 In the US, there is a popular paranormal radio channel called “Coast to Coast AM”. Many people who have survived the experience of alien abductions are invited there to tell their stories throughout the country. Recently one of these guests was a British man named Phillip Kinsella, who was kidnapped in 1989 after he arrived home from work in an unspecified town in Bedfordshire, England.

According to Phillip, he went to bed, regained consciousness in the middle of the night from being lifted into the air, and dragged into a UFO, after which he lost consciousness. He woke up naked and lying on something like a bed, after which they began to “feel” him. The creatures were similar to reptiles.

Phillip has a twin brother, Ronald, and according to Phillip, when he was kidnapped, Ronald fell into a state similar to a trance.

“The next thing I remember is that I ended up in some kind of medical room. It was a little cloudy, it was very hot. And I was naked. When I turned to the right, there was what I can only describe as – how as funny as it sounds – three reptiles that were in a thick fog. I was completely horrified, especially when I discovered that some kind of instrument was installed in the lower part of my body. “

Phillip was stunned, disoriented, and terrified. He started shouting and begging for the “tool” to be pulled out of him.

“I just wanted this thing to come out of me because it seemed unusually organic to the lower parts of my anatomy. But these creatures, whoever they were, had no compassion, no love, not the slightest sympathy.”

Then a “small creature of the type of the Grays” appeared next to him, after which the strange device with it disappeared, the straps binding Phillip were unhooked, and the three reptilians disappeared somewhere.

The “gray” alien ordered Phillip to get up and get dressed while communicating with him using telepathy, not his mouth. Then the same “Gray” accompanied Phillip to Earth to his bed.

“The next day I had some physical marks on my body. My brother found three triangular marks behind my right ear, three marks on my right arm, and I also had profuse nosebleeds from my right nostril, which did not stop until two years later. . “

As Phillip later found out, his twin brother Ronald was also abducted by aliens, and even earlier, in 1982. He did not tell the details of his brother’s story.

What do you think about this incident described by Phillip Kinsella? Leave us your comments below.

1 thought on “The Extraterrestrial Abduction Of Phillip Kinsella”