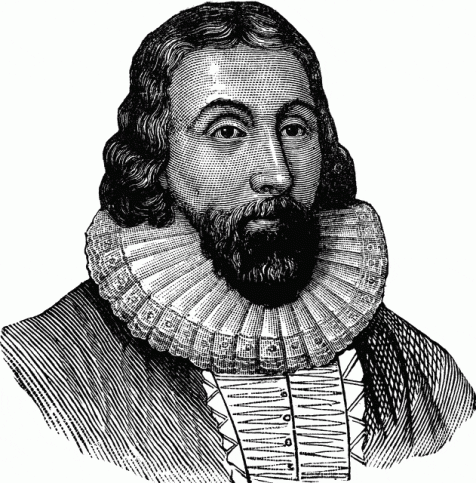 In the ancient texts of different cultures, there is a mentioning of flying saucers (vimana) that are called a myth. As for now, when the governments have started taking UFO sightings seriously, it can be assumed that such incidents might have really occurred in history. Nobody can say for sure when the first UFO sighting happened, but the earliest record is dated back to the 17th century, and it is about both the Earth and Moon.

The first UFO sighting in the United States was documented by English puritan lawyer John Winthrop on March 1, 1639. At the time when the immigrants from the English colony were settling on the east coast of America, the founding member of Massachusetts Bay Colony named John Winthrop noticed something unusual in the sky of Boston. He even noted it down in his diary.

Winthrop wrote that a man named James Everell (whom he defined as “sober and discreet”) with two other men had been rowing his boat in the Muddy River at night when they encountered some light in the sky.

He reported: “When it stood still, it flamed up, and was about three yards square. When it ran, it was contracted into the figure of a swine.” According to the boatmen, they had been seeing the mysterious light, repeatedly taking rounds between them and the village of Charlestown (approx. 2 miles from their boat) for two to three hours. It was also seen by other credible persons that night.

Winthrop wrote that after the mysterious light disappeared, the three men had no clue on how they moved one mile upstream. They had no memory of going opposite the river flow, although the wind could be the reason that carried them upstream. Jacques Vallee and Chris Aubeck wrote in their book “Unexplained Aerial Objects from Antiquity to Modern Times” that if such an incident happened in modern times then some researchers would call it alien abduction.

Although some people speculated that the great light seen by the boatmen could be just a mirage or natural phenomenon, it still does not explain the swift nature of the light.

Winthrop mentioned other UFO sightings in his diary. On January 18, 1644, he wrote: “About midnight, three men, coming in a boat to Boston, saw two lights arise out of the water near the north point of the town cove, in form like a man, and went at a small distance to the town, and so to the south point, and there vanished away.”

In the same year, he wrote about another spectacular unexplained aerial event that occurred in Boston. According to him, at around 8 p.m., one bright round object came from the New England colony in Boston and merged into another light at Nottles Island (historical Boston Harbor Island). They did some maneuvers before vanishing. He added further: “Sometimes they shot out flames and sometimes sparkles. This was about eight of the clock in the evening, and was seen by many.”

The 1600s can be considered the root of modern science, as the invention of the telescope unlocked several secrets of space. It was the time when humans were preparing for space travel and landing on the Moon. The Englishman’s records are some of the earliest accounts of UFO sightings. Interestingly, NASA has a list of reported Lunar events from 1540 and 1967 where one event does not add up with others.

According to the NASA document (ID 19680018720) entitled “Chronological Catalog of Reported Lunar Events,” Colonial Preacher Cotton Mather saw a UFO on the Lunar surface in November 1668. Mather said that while looking at the Moon through his telescope, he surprisingly saw a flying object on the dark side of the Moon.

If not for NASA, this incredible sighting would have been lost from the pages of history.