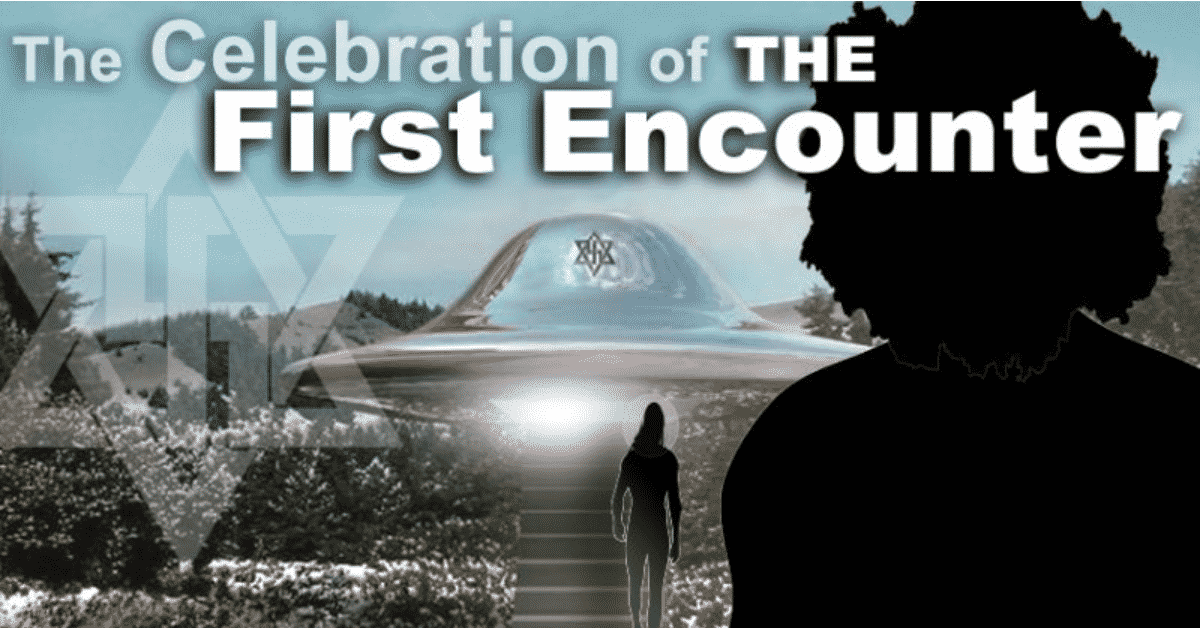 “Dance and sing on the earth, before it dances on you.” – Maitreya Rael

We warmly invite you to commemorate with joy the event of December 13, 1973, which one day, in the near future, will touch the memory of mankind.

For, it was on this day of December 1973 that the Elohim contacted their last messenger of love, Rael, the Maitreya announced by Buddha, the light that reveals our origins and the return of our beloved Creators on earth. All the prophets who have marked out human history are priceless gifts that testify to the Elohim’s benevolence and infinite love for humanity.

On the occasion of the celebration of December 13th, men and women will publicly recognize the Elohim as the scientific Creators of humanity, during solemn religious ceremonies that will take place on all continents.

For those who have discovered themselves and want to be part of the Raelian family, December 13 is also one of only four (4) special opportunities during the year to transmit cellular plans (see details below).

By transmitting our cellular plan, we recognize the Elohim as our creators, and Maitreya Rael as our last Messenger. This ceremony actually clarifies the original meaning and intent of baptism in many ways, but without any mysticism whatsoever.

The transmission of cellular plan is always at 3pm.    Yes, come alone or bring your friends – this event is open to everybody!

Monday Dec 13 from 2-4pm PM , you are welcome to stay for a dinner we will prepare together😊

Awaiting your reply! Please email me at gsxjerry@yahoo.comor call my phone number at 540-226-9594.

The transmission of the cellular plan is a little bit like sending an email … or, even better, an email with an attached MP3 musical file. The comparison makes even more sense if we use wireless technology. We are made of billions of cells, and each one of them is like a little electrical generator, constantly generating electricity. Our cells also radiate waves with specific frequencies, and all frequencies correspond to a sound, audible or not. Some scientists know how to render audible the non-audible vibrations of the earth, the sun, the galaxies etc, each individuals cells vibrate at a unique frequency which is recorded during the baptism and transmitted to the Elohim.

The person, who recognizes the Elohim as our Creators, and Rael as Their Messenger, approaches Rael, or a designated Guide. Rael or the Guide puts his hands in the water in order to make an electrical connection without interference. A hand is placed on the forehead, and the other behind the neck of the person. The hands serve to capture what is transmitted and recorded during the baptism, the vibration of the cellular plan (the magneto-electric score). The vibration is immediately transferred to the Elohim,at 3pm on each of the four days of the year on which we gather to do these transmissions. The Elohim receive the Transmission and recognize you as Raelian.

1 thought on “The Celebration of the First Encounter Dec 13”