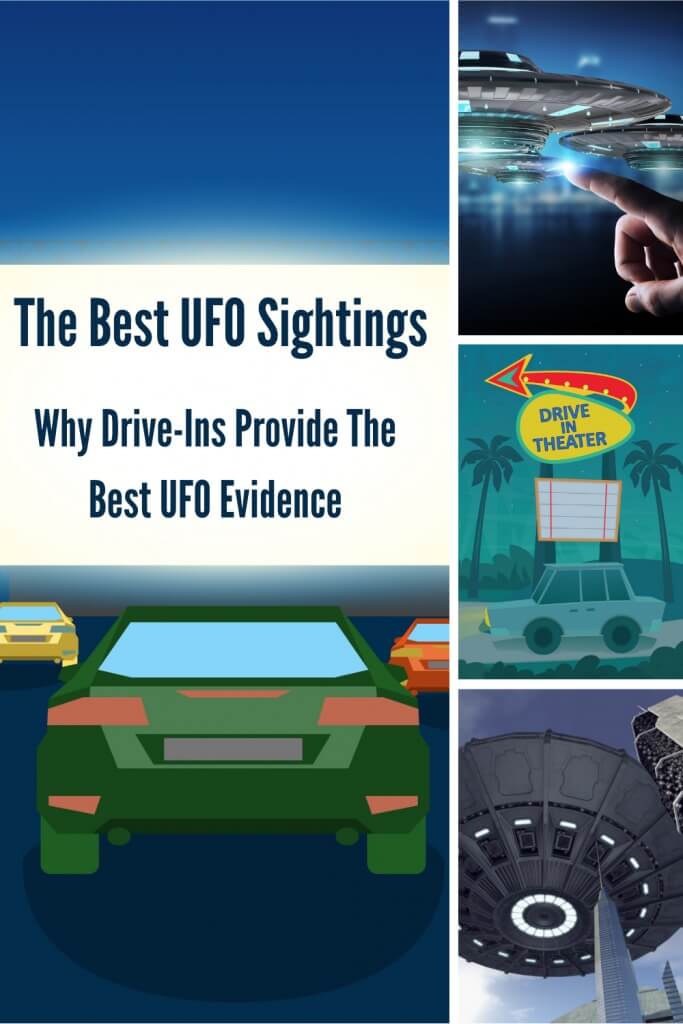 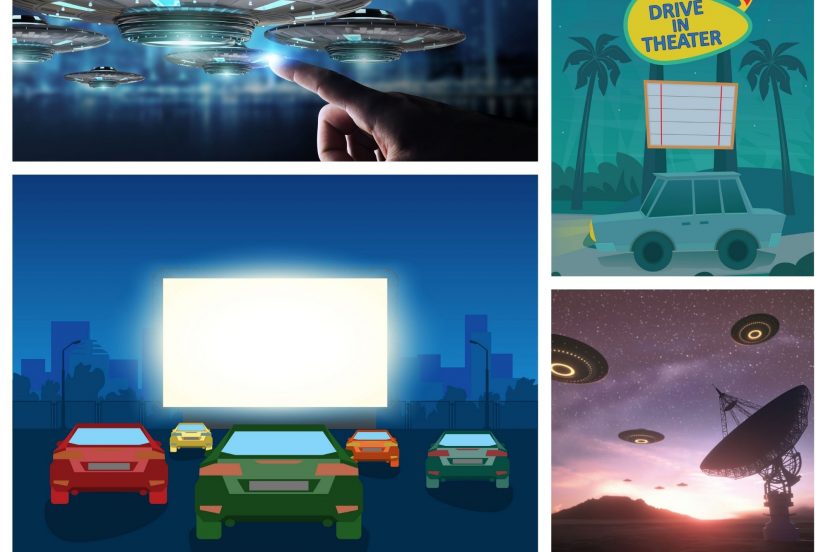 The best UFO sightings are when multiple witnesses view the same event. Classic case in point would be the Phoenix Lights incident on March 13th, 1997.

Yet, the authorities still tried to explain that one away culminating in the Arizona governor Fife Symington holding a press conference and making light of the situation.

Ten years later, he admitted to witnessing one of the unidentified craft in the skies that night.

Pilots, astronauts and policeman are considered great witnesses but in most instances, they’ll keep quiet for fear of reprisals.

One area hardly ever discussed are drive-in theaters. You know, those open air movie spots where you could drive in with your car, pull up to a speaker and watch a couple of blockbuster movies.

Well, it seems people have been watching more than movies at drive-ins. There’s hundreds of cases suggesting they’ve also provided their audiences with some of the best ufo sightings on record.

So why don’t we hear about UFO sightings at drive-in theaters.

Ace UFO researcher Preston Dennett has been endeavoring to get the same answers during the past couple of years.

And he’s compiled a treasure trove of UFO incidents that leave you scratching your head as to why these weren’t front page news or lead stories on the six o’clock news services.

“There’s several cases where witnesses have called the news and the news wasn’t interested and neither was the airport or the police”, Dennett told Aliens Revealed Live.

“And they kind of gave up until they found a UFO reporting center”.

“So I think there’s multiple factors because there’s some evidence of cover-up as well in a few cases”.

“The ridicule factor is another reason. These reports often reach local newspapers but in case after case, witnesses check the papers afterwards and there’s nothing”.

“The problem is the newspapers are not reporting it. And if they’re not, then probably the people eventually stop and so it kind of goes down the line like that”.

In many cases, hundreds of witnesses will see the same object which in UFO sighting parlance is quite remarkable.

Usually, it’s a lone person making the sighting or two or three people.

But hundreds at the one time seeing the same object hovering over the drive-in they’re at?

UFOs Get Up Close And Personal

Dennett has compiled a ton of evidence on UFOs over drive in theaters and produced a book.

He says one of the remarkable things about many of these sightings is that they are not just small lights in the sky.

They actually get up close.

This is quite amazing. You hear of reports where one or two people will see a UFO up close but a crowd of fifty or more is rare.

There is almost a brashness to these incidents according to Dennett.

“These are very low level sightings. These are not a light flying by at night”.

“And these objects stay a long time”.

“A good portion are long lasting sightings. So with these three factors, there’s nothing like it”.

“You cannot find many other cases in UFO literature where there’s more than a hundred adults witnessing a UFO at very low level for a long period of time over and over and over again”.

“I looked up concerts or baseball games and there are a few which qualify I will admit but not in the same magnitude and consistency as drive-in sightings”.

“And there are also a handful of cases in Europe. Those are public events, but not like this. I mean, this is crazy”.

Why Are Drive-In Theaters Such Hotspots For UFO Sightings?

As to why drive-in theaters attract the best UFO sightings is still a mystery. Unless ET makes a public announcement we’ll never know.

But Preston Dennett still has his theories and they make good sense.

“I developed some theories early on and considered all the ones that I could think of”.

“One theory is that perhaps they’re just curious. These are drive-in theaters and when seen from above, are very striking”.

“They have a huge kind of footprint that’s visible from space. And there’s these giant screens and beams of light and that’s what ufos are all about”.

“Maybe they’re studying us and watching our reactions?”

“Those are a couple of theories and ultimately, I don’t think they are there to abduct people because that’s not what we’re seeing”.

“I finally decided just based on the type of behavior that we’re seeing here, that it’s very brazen”.

“It’s very much in your face. It’s what I would call a display or a publicity stunt”.

“I believe that they are showing themselves off intentionally. I mean, that conclusion is inescapable”.

“I’m guessing at this point that it’s to basically announce their presence?”

So, what’s your best UFO sighting?

More to the point, were you one of these witnesses who saw a UFO at a drive-in theater?

In the following excerpt from my interview with Preston Dennett, he looks at reasons why ufos are partial to drive-ins, one incident of a witness reporting missing time, the types of craft being seen and Project Blue Book’s influence.

In a future report, Dennett will highlight his favorite UFOs at drive-in cases.