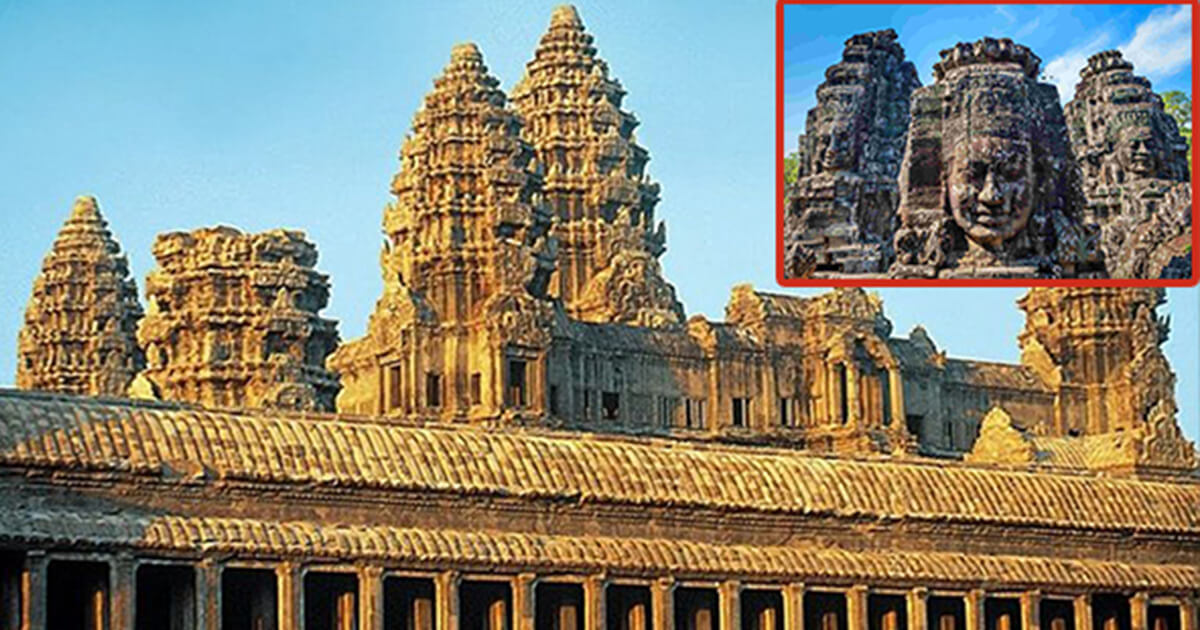 As some of you might know already, the Angkor Wat Temple is the biggest temple to have ever been built on planet Earth. It resides in Cambodia, near Siem Reap and it was first documented by a Portuguese friar named Antonio Da Madalena in 1586.

According to him, this was by far the greatest and most complex construction on Earth.

It was officially rediscovered by Henry Mohuot, a French naturalist and explorer mid-19th Century and according to him this was originally built in the early 1200s and it spanned for well over 162.2 hectares.

It must have taken at least 40 years to build and it was erected by the Khmer king Suryavarman as a place of worship for the god Vishnu.

What really sets it apart however is the fact that it’s so complex and huge that even with today’s technology we couldn’t replicate it.

Because it is such impossibility, theorists all around the globe have announced proudly that this is a result of the Gods’ work themselves.

According to the carvings on the temple, the 5 million tons of sandstone were carried from 40km away and the cutting process is so sophisticated that it couldn’t have been done by human hands.

They would need more than we even have nowadays, they’d need a functioning metallurgic industry, an engineering industry to build the stone cutting machines, the tractors, the cranes, loaders, etc. No, the Angkor Wat temple wasn’t built by human hands, that’s for sure.