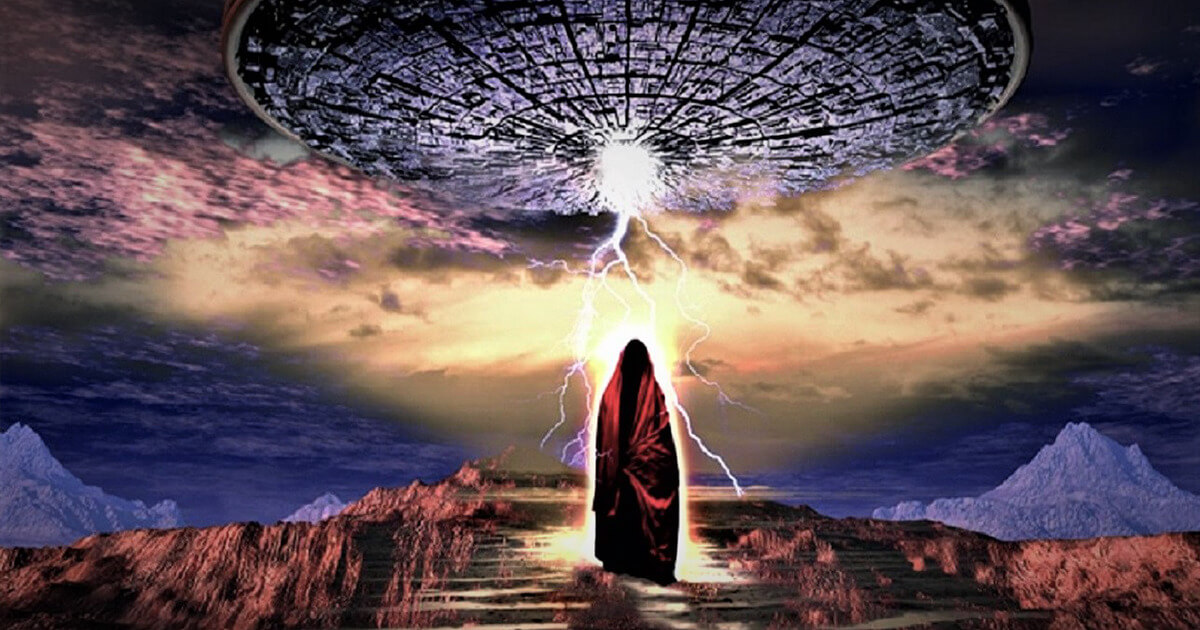 In case you didn’t know already, the Book of Enoch is known as one of the strangest books of all time. It is written from a first-person perspective and it tells the story of Enoch as he dies and is sent to Heaven where he finds out the secret behind the universe.

Despite the fact that Christianity worshiped it for the first centuries, it was later on deemed “cursed” by the higher-ups and banished from every Christian’s house.

The reason for this is because it brought forth some strange beliefs that to this day are still considered bad omens, such as the fact that Enoch allegedly never dies and that he goes into heaven on a chariot that’s on fire.

While in Heaven he talks to the “brilliant beings” which are most often referred to as extraterrestrial beings.

We know that they are ETs because they come from another world, they sail through the sky in a “floating palace” and Enoch can even see the stars as the ship glides through space effortlessly.

But anyways, the beings tell him about the Genesis of the Giants, about how the sky watchers came to Earth in ancient times sent by God himself and fornicated with the human women.

These Giants attacked the sky watchers and so the connection between the humans and the aliens was lost from then on.

Do you think this book holds any relevancy to this day or is it just the incoherent babbles of a madman?