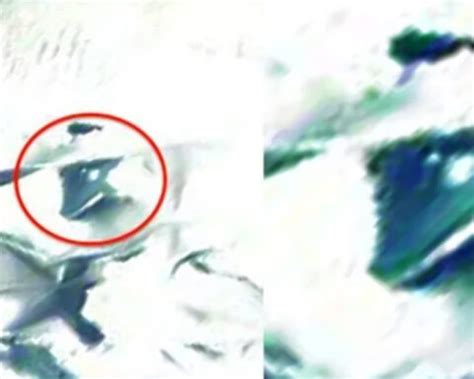 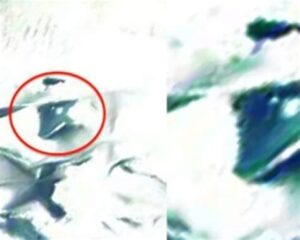 Scott Waring should be the name of the year as the man himself has made more discoveries than anyone else in the field. He’s a professional virtual archaeologist and he’s made quite a name for himself thanks to his brilliant skills. Recently he’s even come across what appears to be a triangular UFO on an Antarctic Island. He did so through the app Google Earth and according to most experts he is right too in thinking that it is an artificial UFO of some type. He believes that the reason as to why we cannot see most of the UFOs in Antarctica is because they’ve been completely covered in snow and ice. This particular one that he’s spotted seems to be unfreezing, mainly because of global warming. This is why he claims that more and more UFOs will appear in Antarctica as things get “hotter” there. He’s added more information on his blog named ET Database on which he stated that this is definitive proof of aliens living on our planet before we even walked straight. Many were quick to dismiss his theory as it’s very speculative, to say the least after just finding this strange object out of nowhere, but he is sure that he is on the right track and we won’t stop him yet as he’s made enough discoveries to make himself worth trusting. Article by Ancient Blog.
Please remember we all have different opinions, Think Before You Speak or Write Something that is cruel to Others. After all, We are only Humans. Wishing you clear skies and wide eyes. To share your experiences or just leave a comment there is a area below. Read or listen.