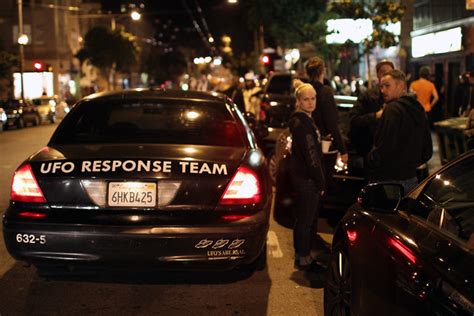 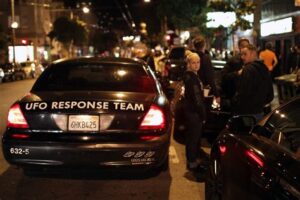 The author of a well known fire officer’s manual is defending the publication in light of recent snickers over the chapter titled, “Enemy Attack and UFO Potential.”

The author of a well known fire officer’s manual is defending the publication in light of recent snickers over the chapter titled, “Enemy Attack and UFO Potential.”Co-author Bill Kramer, chief of Deerfield Twp. Fire Rescue in Ohio, said the subject is no laughing matter, despite the recent media reports poking fun at it.

“They treat it tongue in cheek or do a spoof on it,” he said.

Kramer and co-author Charles Bahme wrote the “Fire Officers’ Guide to Disaster Control” in 1992, and included a chapter on how to respond to the scene of a real or perceived UFO sighting. The manual is widely available online through web sites such as Amazon.com, and several copies are available at the library of the National Fire Academy, according to its online card catalogue.

The chapter is also cited and quoted on numerous web sites that interpret it as government recognition of a UFO threat.

The topic garnered recent attention after Kramer was interviewed by the Japanese game show “Fountain of Trivia,” which bills itself as a contest of “useless knowledge,” and by the local Pulse Journal newspaper.

Kramer said many people are missing the chapter’s point about UFOs.

“Whether they exist or not is not the issue. It’s the perceived existence,” he said, which creates the potential for panic, injury and even death.

He also said he uses the term “UFO” literally, to refer to any unidentified flying object – not just to mean an alien spaceship, as the term is usually associated.

“Unidentified simply means nobody knows what it is, but it still scares the hell out of people,” he said.

Kramer said there have been a number of incidents over the years that have induced panic, going back to the famous Orson Welles radio presentation of the “War of the Worlds” in 1938, when some listeners feared there was a real Martian, or misidentified German, attack underway and reportedly fled the region or took up arms. He said more recent incidents include a perceived religious sighting in New York that caused traffic problems.

Kramer declined to comment further. According to the Pulse Journal, “The chapter directs firefighters to approach real or perceived UFOs the same way as if they were approaching a hazardous materials call — passively. Kramer said if an unknown situation like this arises, a firefighter doesn’t want to do anything that could make the situation worse.”

Montgomery County, Maryland Fire spokesman Pete Piringer said this is an issue the fire service has addressed. “It’s been discussed at certain levels throughout the fire service,” he said. “Unfortunately, we have to prepare for things that may never occur.”

“One of my favorite sayings is that when people don’t know who to call they call they fire department,” Piringer said. “Even if a Martian ship or UFO landed in the backyard they’d call the fire department, and we’d come and figure something out.”

Kramer told the Pulse Journal the manual will be revised in about two years.

Both he and his co-author have substantial credentials.

According to the Deerfield Twp. Fire Rescue web site, Kramer has over 30 years in the fire service including positions as assistant chief with the City of Cincinnati Fire Department and as chief of the Indianapolis International Airport Authority.