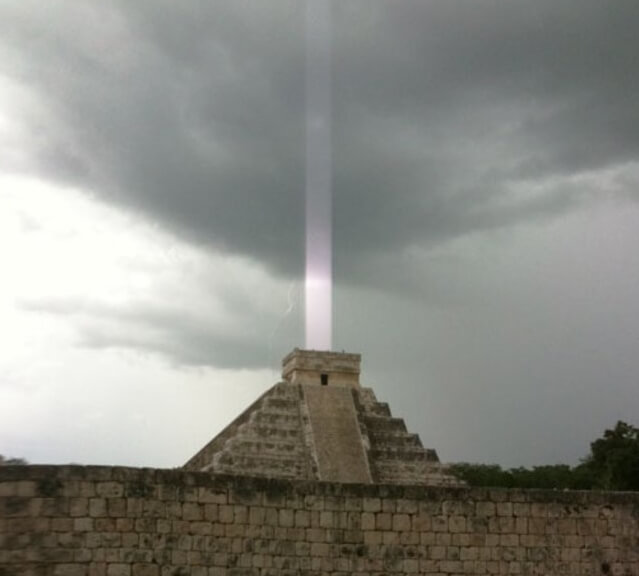 Researchers have been debating the meaning behind pyramids since the very first pyramid was discovered. At first, they thought that pyramids were tombs all along, but according to new data, they might have actually been built in order to attract the aptly named “Local Interstellar Clouds” that roam our system.

Their existence was heavily debated at first but in 2009 NASA decided to finally take a stand and confirm the existence of these gases, only to also declare that our own system will be passing through one in the near future. Floating patiently around the empty void is a 30 light-years wide cloud that’s made out of hydrogen and helium atoms that heats up to 6,000 degrees Celsius at all times.

The impossibility factor regarding it is actually quite intense though. It’s not the cloud itself that’s the problem; it’s the dust that surrounds it at all times. This “Fluff” as it was nicknamed by scientists all over the globe, is magnetized to the cloud, completely submerging it in itself. As the cloud is getting closer and closer the pyramids seem to be reacting more and more to it. Solar storms, earthquakes, and even cosmic activity have been observed around these points on our planet as if they’re attracting the Local Interstellar Clouds right as we speak.