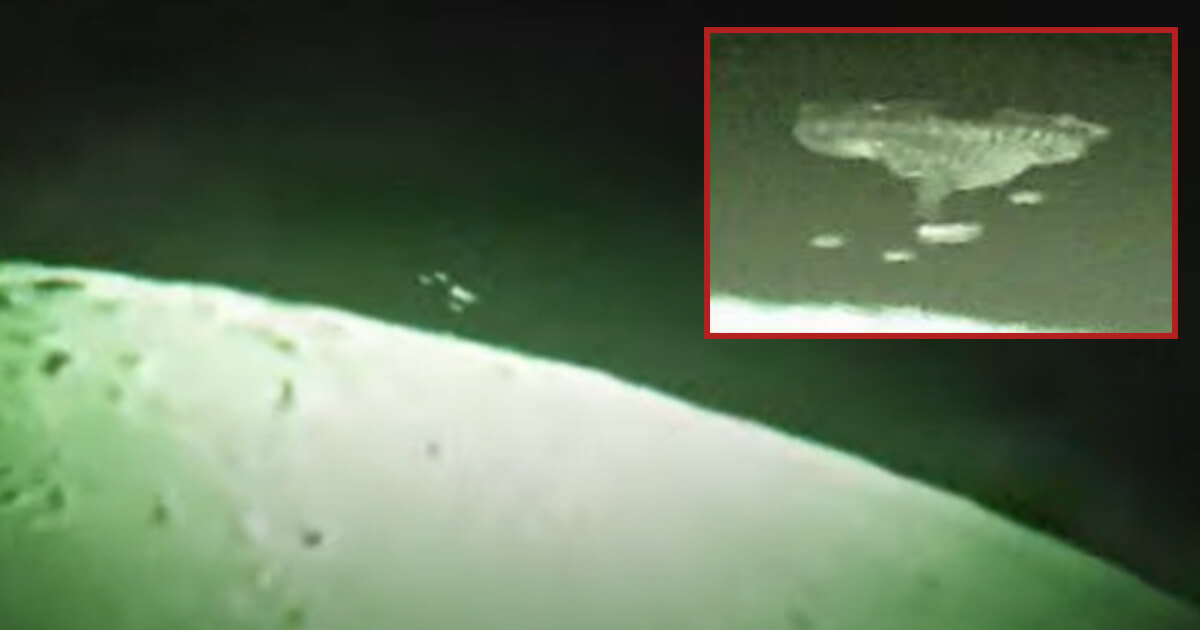 An alien mothership has been captured over the moon, according to internet conspiracy theories, followed by multiple miniature UFOs. In unusual footage taken by an amateur sky watcher, four objects can be seen flying over the lunar horizon.

Before disappearing behind the moon, a larger “craft” appears in the center, surrounded by three smaller UFOs. The video was uploaded to YouTube by Skywatch International, an amateur sky watcher. It has now been re-posted on UFOmania, a well-known conspiracy channel. “It appears to be a fleet of UFOs, a massive mothership joined by several smaller UFOs,” they wrote in the video review. Since then, the video has been viewed over 6,000 times, with many people taking to the comments section to voice their opinions.

“They’re landing at one of the bases on the side of the moon that isn’t visible from Earth,” one explained. One speculated, “Most likely alien ships.” Some suspected that the government’s mysterious Space Force was in action. Others, on the other hand, said the video was a hoax.