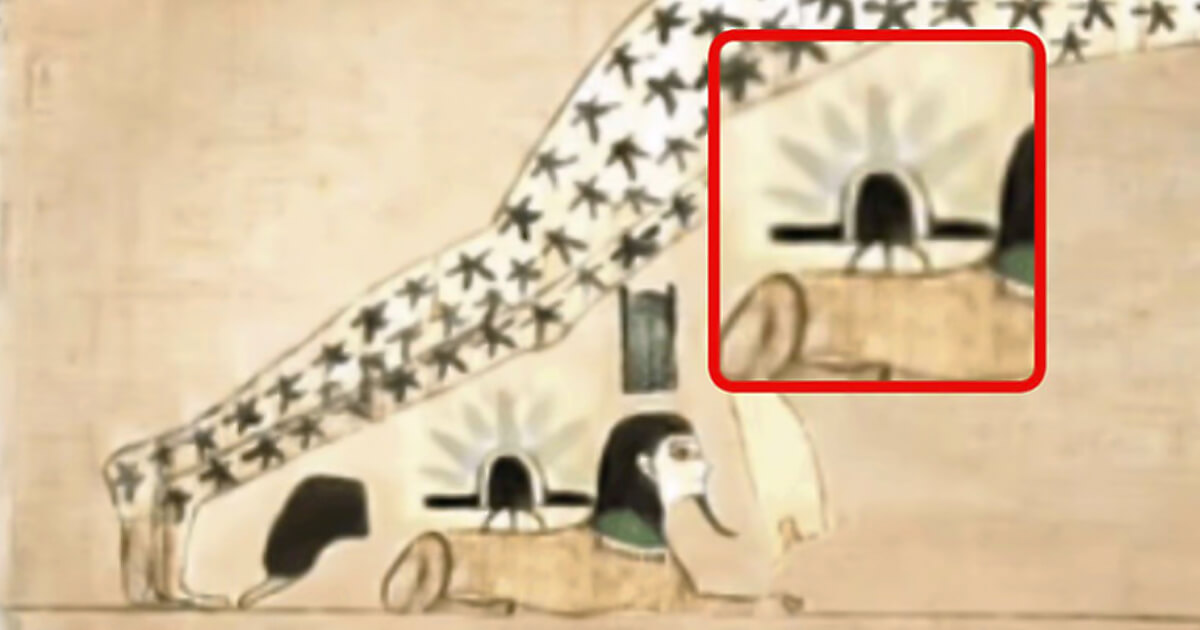 Most theorists out there have already come to terms with the existence of the prevalent Anunnaki already. This race of aliens is believed to have created humankind in the past and as we know by now, we’ve basically been venerating them since, creating whole religions around them.

The Gods of Ancient Egyptian mythology for example are considered to have been Anunnaki all along because they are often portrayed coming down from the sky and leading humankind the same way the Anunnaki are depicted by modern-day theorists. The God Ra has recently been under fire because of a papyrus that clearly depicts God coming down from a UFO to greet his people on top of the Sphinx.

Warne Herschel is the one we need to thank for this discovery, and according to him, the Djedkhonsuiefankh funerary papyrus is by far the most important bit of proof we’ve ever encountered regarding the Anunnaki and their connection with the Ancient Egyptians.

The papyrus can now be found at the Cairo Museum and if you’re willing to make the trip feel free to examine this UFO depiction yourself. This is extremely important, to say the least, the Anunnaki were always a controversial topic but to actually uncover evidence that is over 10,000 years old by now regarding this topic is just insane, to say the least.