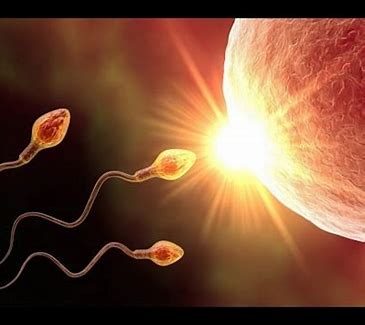 LOS ANGELES, CA (Catholic Online) – Catholics have long believed life begins at the moment of conception, which is why in vitro fertilization and the use of contraceptives are considered immoral.

Now, with the discovery of the spark of life, science just may have proven the Church has been right all along.

The study, which was conducted by researchers hailing from Chicago’s Northwestern University, was published in the journal Scientific Reports.

Researchers discovered the moment a human soul enters an egg, which gives pro-life groups an even greater edge in the battle between embryonic life and death. The precise moment is celebrated with a zap of energy released around the newly fertilized egg.

Teresa Woodruff, one of the study’s senior authors and professor in obstetrics and gynecology at the university, delivered a press release in which she stated, “to see the zinc radiate out in a burst from each human egg was breathtaking.”

Of course it is breathtaking – she saw the moment a soul entered the newly fertilized egg!

Though scientists are unable to explain why the egg releases zinc, which then binds to small molecules with a flash, the faithful recognize this must be the moment God allows a miracle to occur.

Scientists view the discovery as an opportunity to improve in vitro fertilization, which currently involves the fertilization of several eggs but the use of only one, leaving the rest to perish.

“This means if you can look at the zinc spark at the time of fertilization, you will know immediately which eggs are the good ones to transfer in in vitro fertilization,” Woodruff explained. “It’s a way of sorting egg quality in a way we’ve never been able to assess before.

“All of biology starts at the time of fertilization, yet we know next to nothing about the events that occur in the human [womb].”

Hopefully, the discovery will not only encourage mothers to keep their unborn children but will also lead to new methods which will fertilize only one egg, thus preventing the destruction of other innocent lives. In the meantime, researchers continue to explore the implications of the spark.

In a miraculous, literally life-changing discovery, scientists have discovered the moment a soul enters a fertilized egg. This is a short Video but a amazing discovery. Hope you Enjoy learning newly discovered information which can help make a decision for any woman in the future.