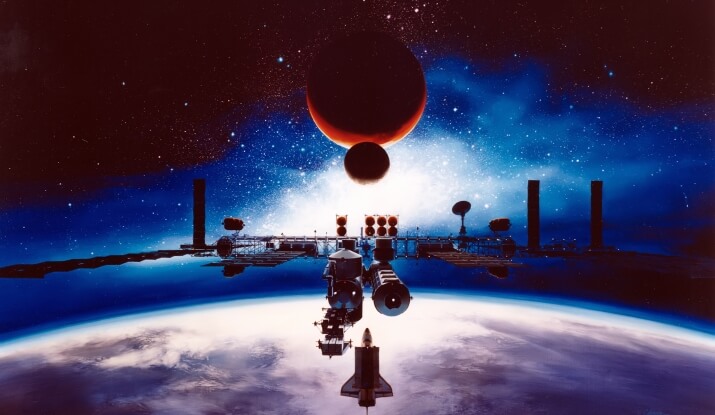 Several channels reporting that the ISS live feed captured a space laser battle between two UFOs. Despite the stunning footage it was a Department of Defense low earth orbit laser communications test which was caught on the ISS feed on June 17, 2020. 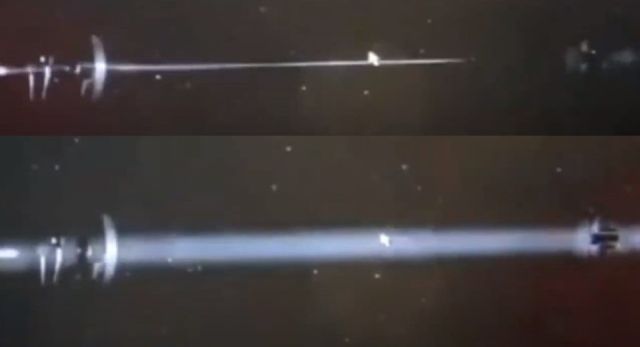 The Space Development Agency says optical inter-satellite links are “one of the most critical technologies to be demonstrated.”
Optical communications terminals that use lasers to beam data across space will be tested in upcoming experiments by the Space Development Agency and the Defense Advanced Research Projects Agency.
These terminals are important pieces of DOD’s future low Earth orbit constellations which will require satellite-to-satellite optical cross links so data collected in space can be immediately sent to military command centers on the ground.
“Optical inter-satellite links are one of the most critical technologies required to be demonstrated for Tranche 0,” the Space Development Agency said in a request for proposals issued last month for its communications constellation known at the transport layer. Tranche 0 is the initial deployment planned for 2022.
The satellites in the transport layer have to pass data in space and down to the ground to military users with very low latency. That can’t happen “without the demonstration and maturation of optical inter-satellite cross links — with radio frequency (RF) cross links as a backup,” the SDA request says.
SDA wants to build one or more constellations of hundreds of satellites for communications and for missile tracking.
See the entire story here: https://spacenews.com/dod-to-test-laser-communications-terminals-in-low-earth-orbit/