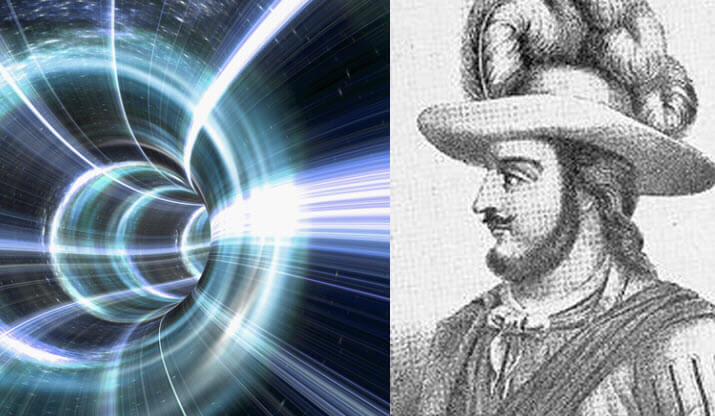 Imagine being in one place, closing your eyes to sleep and when waking up, finding yourself thousand of miles from where you were before. This is what happened to Gil Perez a Spanish soldier stationed in Manila, Philippines in 1593. On the day of the event (October 24th, 1593) Gil Perez was on guard at the governor´s palace in Manila. During those days the Manila had been attacked by Chinese pirates and the governor had been killed the day before. Perez had been on duty for many hours and was feeling exhausted, and leaned on a wall and closed his eyes to take a rest.

After what seemed a few moments for Perez he opened his eyes and found himself in a new location, everything was different. He did not recognize the location but in a state of confusion he tried to act normal and continue with his duties. He was approached by someone who was drawn to him as Perez looked at out of place (most probably due to the uniform). The local explained to him that it was the morning of October 25th and he was not in the Philippines but in Mexico City at the Plaza Mayor (about 9000 nautical miles away from Manila). Perez could not believe he was in Mexico City as he had no recollection of travelling and was sure that he had closed his eyes for just a few moments. In his defense to prove that he was in Manila he kept stating that the governor had witnessed the been killing of the governor a few hours before.

The authorities arrested him and placed him in jail under the charges of desertion (abandonment of a military duty or post without permission) and with the suspicion that he was a devil worshiper. Perez was questioned by the Spanish Inquisition but all he could say that he had traveled the distance between Philippines and Mexico in a matter of seconds and that he had no explanation on how it happened.

Two months later news arrived from Philippines that the local governor had been indeed killed on the date that Perez had shared with authorities. It is also said that witnesses confirmed that Perez was present during the events in Manila. Also one of the passengers of the ship that had traveled from Manila to Mexico and had brought the news of the governor´s assassination recognized Perez and swore he had seen him at the palace on the 23rd and 24th of October. Eventually, Perez returned back to Manila and continued with his life and duties as a soldier.

This case can be found in a book written a few year later by Dr. Antonio Morga (Colonial official, lawyer and writer) and published in 1609 under the title “Sucesos de las islas Filipana” (Events of the Philippine islands).