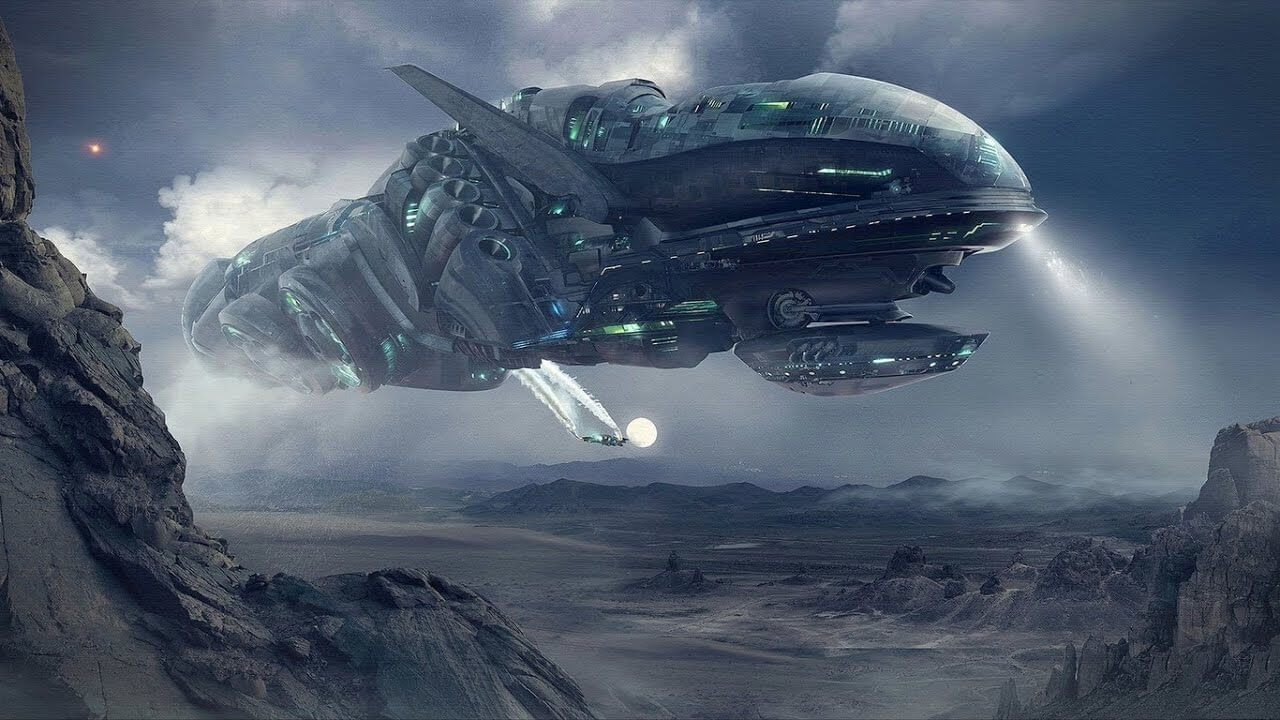 Solar Warden   is a secret space program run by the U.S. Space Force. It is responsible for monitoring all incoming and outgoing traffic in the solar system. It patrols and defends our solar system. It will also travel to other star systems for offensive missions. Around the late-90’s, Solar Warden changed its name to Radiant Guardian.Radiant Guardian is divided into two fleets: a military offensive/defensive fleet and a scientific/R&D fleet.

Before an Extraterrestrial craft can enter our solar system, it receives protocols transmitted from one of several beacons outside of our solar system. They are instructed to stop within a certain quadrant before sending an Identification Friend or Foe. They then receive a flight path from an air traffic controller.

The solar system is broken down into grids which are further broken down into patrol zones. These are zones where no craft should be present. Trespassers are warded off or engaged, depending on the circumstances. The carriers deploy multiple airwings at once to each patrol a zone. Afterward, they return to the carrier to patrol a new grid.

The Solar Warden fleet is made up of over eight battle groups. The fleet is made of carriers, fighters, triangular shuttles, research vessels, troop transport ships, hospital ships, and supply ships. The carriers can be as long as two kilometers. The small carriers are modular and can function as research vessels, troop transport ships, or hospital ships.

The carriers were designed to carry a large compliment of crew for extended periods of time and travel to other star systems, although Solar Warden was mostly kept to just inside our solar system and the local star cluster on rare occasions.

The stealth-ship-like vessels operate in near space.

They have some stations located throughout the solar system where vessels dock for repairs, conferences, personnel transfers, etc. There have some other bases on moons and on Venus, on its surface and in its upper atmosphere. There are also some bases in nearby star systems.

The officers are drawn from Naval Space Command. While the brass are career military, the rank and file are MILABs. They recruit mostly American as well as some Canadian, British, and Australian personnel. They also have mostly German and some Chinese eggheads.

For propulsion, the cigar-shaped vehicles use a temporal drive based on “principles of quantum entanglement between certain isotopes.” They are propelled by left/right torsion drives. The bubble created by the R-twist is slightly larger than that of the L-twist. This propels the craft forward in the direction of the R-twist.

In the beginning, they used submarines retrofitted with torsion field engines.

The U.S. Air Force began working with aircraft companies in the 1950’s to design spacecraft carriers. They were eventually constructed in the late 1970’s inside massive underground shipyards beneath the Wasatch Mountains of Utah. They were also constructed in Antarctica. Once the carriers were 60% constructed, the engineering crew lived on the craft and assisted with the build out. In 1980, President Reagan was briefed on the existence of four or five ET races and on Project Solar Warden. Afterward, Reagan pushed forward the Solar Warden agenda even further than anticipated. The first battle group became operational in 1984. The fleet received major upgrades during the Reagan administration.

We have to face the Reality this is all real and just a matter of time before it’s even bigger News than it is now. These things are being shared so you won’t be in Shock and have a heart attack, LOL. Please Don’t ! It’s just Reality.

3 thoughts on “Solar Warden Run By The U.S. Space Force”