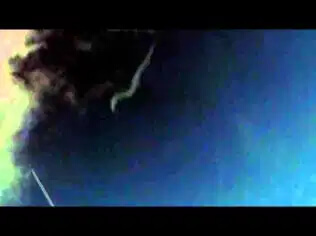 Space is not what we see at night or what NASA has shown us for years. In the midst of stars, planets, and other celestial bodies, there are much more vivid, bizarre, and strange things hidden from our eyes. There are several astronauts who strongly believe in the existence of extraterrestrial civilizations including Gordon Cooper, Buzz Aldrin, and Story Musgrave.

Many conspiracy theorists believe that NASA knew that Buzz Aldrin and Neil Armstrong had an encounter with aliens, that is why they erased 40 rolls of film from the Apollo 11 mission. It was claimed by Bob Dean, a United States Army Command Sergeant Major.

According to a report shared by Gaia, there is a transcript between Aldrin and Armstrong where the two had witnessed extraterrestrial activities on Moon during the Apollo 11 mission.

Apollo 11: “Those are giant things. No, no, no, this is not an optical illusion. No one is going to believe this.”

NASA: “What… what…. what? What the hell is happening What’s wrong with you?”

Apart from this, what former NASA astronaut Franklin Story Musgrave said about his experience in space would shock anyone. He claimed to had seen an 8 foot-long snake, white in color, floating through space. It is hard to explain how a snake could reach space, but Musgrave has never denied it.

“On two of my missions, and I still don’t have an answer, um, I have seen, a snake out there, six seven eight feet long. It is rubbery because it has internal waves in it and it follows you for a rather long period of time. The more you fly in space the more you see an incredible amount of things out there and THAT sorta brings to you, really a certainty, that other living creatures are out there. Some incredibly primitive, more primitive, some just ah just proteins coming together, amino acids and some just single-cell organisms and other civilizations that have been around for a million years that are doing unimaginable kinds of things.”

There is even a video (see below) where a snake-like creature is floating in the Earth’s stratosphere. Musgrave said: “Some are incredibly primitive – some just proteins coming together, amino acids, and some just single-celled organisms. And other civilizations have been around for millions of years that are doing unimaginable kinds of things.”

Musgrave (85) is also a retired colonel of the United States Marine Corps, physician, mathematician, holds six academic degrees, and is simply a legendary figure in US history. He spent a total of 1,281 hours, 59 minutes, 22 seconds during his six space suttle missions in space including 27 hours spacewalk. Besides, he developed a spacesuit for space shuttle astronauts.

This is not the end of strange anomalies watched by the astronauts in space. Retired astronaut Leroy Chiao, a commander of Expedition 10, along with his crew members witnessed a set of bright lights in the formation of an upside-down tick mark in space.

The description of an unknown snake-like creature or craft given by Musgrave was also spotted in March 2019, when one of the passengers on a commercial airline flight from Phoenix to Portland captured two long dark objects, having long tails or tentacles. Some viewers compared it with the squid lime sentinels from the Matrix series, while others believe that it was possibly something from another dimension that slipped through momentarily.

Similarly, New York Post shared a video of a UFO in 2018, shot by a passenger while cruising over the Aegean Sea that also shows a creature with the long tail. The opinions divided into two groups, where people from one group believe it was just a hoax while others also witnessed the same encounter while flying in the plane.