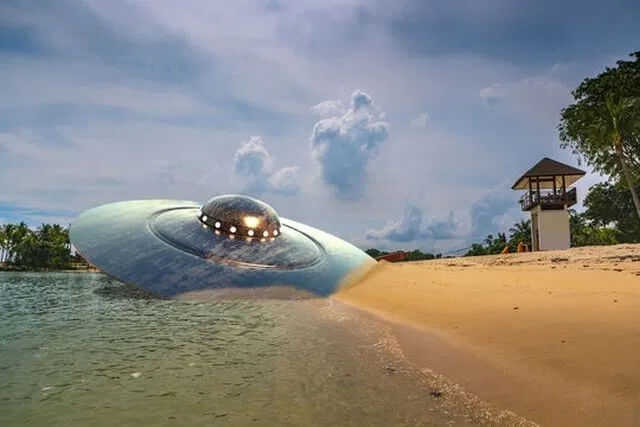 There are many stories of people who claimed to have seen UFOs or were abducted by aliens. Skeptics, as a rule, write off most of these stories, claiming that the victims are simply people with mental disorders. Sometimes UFO eyewitnesses are people who occupy such a position in society that their testimony cannot simply be dismissed as unreliable. One of them was the Venezuelan doctor Enrique Caretenuto Botta, who had an impeccable reputation as a doctor and a person claimed that he found a UFO with dead aliens.

Prior to becoming a physician, Botta worked as a civilian pilot in his homeland of Venezuela and was a high-profile aviation technician. Various companies regularly sought to lure him into their service.

In 1950, the 40-year-old Botta worked for an architecture and engineering firm in Caracas, which once sent him on a business trip to Argentina to work on an ambitious construction project in the Buenos Aires countryside.

Botta went there by car. The trip seemed like a routine, the area was sparsely populated and only boring desert landscapes flashed along the sides of the road. However, soon Botta’s eyes spotted something completely unusual on the side of the road ahead.

It was some large disc-shaped metal object lying directly on the ground, and it seemed so alien to this area that the surprised Botta immediately braked and then got out of the car and approached this disc.

His first thought was that it was a private jet that made an emergency landing, but as he got closer, he saw that this structure did not look like a helicopter or an airplane at all.

The object was made of a very strange material that looked metallic in appearance but felt more like rubber or even a sponge to the touch. Botta examined this disc for several minutes, and then walked around it from the other side and saw a dark hole.

At that moment, he was more curious than scared, and he decided to climb inside.

Once inside the mysterious ship, he saw a room at the top of which a red lamp was blinking. The whole room was filled with some kind of control panels, flashing lights, buttons, incomprehensible devices. In the center of the room was a four-seater curved sofa.

Botta cautiously approached him and saw that three humanoid figures of small stature, like small children, were sitting motionless on the seats of the sofa. Because of the flashing red light, Botta could hardly see what these creatures looked like, but he saw that they were dressed in tight gray jumpsuits.

Botta called out to them but received no answer, so he succumbed to an irresistible urge to reach out and touch the shoulder of one of them. When he did this, he claims that he could feel that the body was tough, and the surface of the skin in the open area around the neck had a “charred texture.”

It seemed that these people, or whoever they were, were dead. This discovery was enough to scare Botta badly and trigger a panic attack that forced him to jump outside, get into his car and drive away.

When Botta arrived at the hotel where he was staying, he excitedly told two of his colleagues what had happened, and they all three decided to return there the next morning to check Botta’s story. However, when they arrived there the next morning, the strange ship disappeared, and in its place was only a large pile of what looked like ash.

When one of Botta’s comrades touched the ash, his hand suddenly turned red, startling him. And then all three saw three unidentified objects in the sky above: two discs and one large cigar-shaped object.

These strange objects hovered above them for several minutes before suddenly merging into one, after which this single object shone with a red light and dashed off at breathtaking speed, leaving eyewitnesses stunned on the road.

Botta claimed that for several days after this bizarre incident, his friend’s hand was still deep red, almost purple, where he touched the ash heap, and that he himself suffered from intense fever, as well as from unexplained blisters on hands and something like sunburn on the skin.

The doctors Botta consulted could not find any reasonable cause for these physical symptoms.

Botta kept the strange incident to himself for years before telling him about it to a man named Horatio Gonzalez, who in turn passed it on to the American UFO researcher Leon Stringfield, who included it in his book Situation Red.

What do you think about this mysterious incident? Did he really found a UFO with dead aliens? Leave us your comments !!!