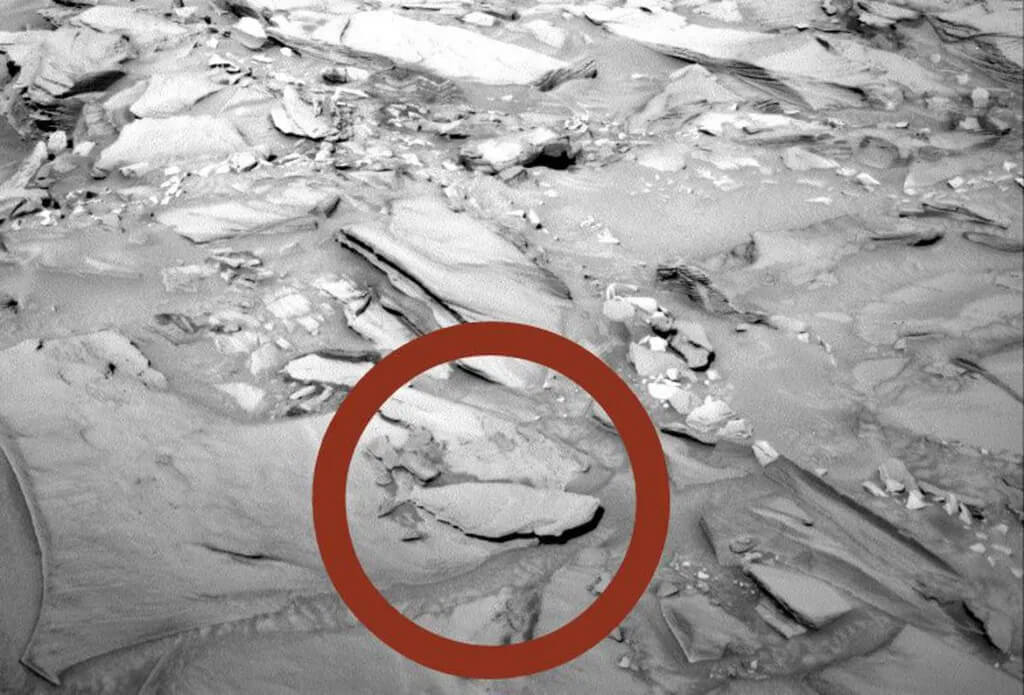 People love mysterious space stories and on the top of cosmic curiosity, there are shocking alien figures on the red planet. The rock formations on Mars turn into faces, shadows – into the landing sites of UFOs, and pieces of the rover – into the face of the ancient Egyptian king’s face.

NASA has collected the most famous images from the surface of the “red planet,” which caused the most heated controversy and got many comments. It will not be the next “Martian Chronicles” for readings and likes. We not only explore some of shocking alien figures on Mars but also try to give them scientific explanations.

In the photo of 1976, the station “Viking-1” found a huge stone sculpture of an anthropomorphic face. Many saw the “pyramids” located near the “face”. These shocking alien figures led to the emergence of a huge number of newspaper articles, fantastic and pseudoscientific explanations. In the photo, some people even found similarities with young Elvis Presley.

NASA was not going to leave the “face on Mars” without explanation. In 2001, the station Mars Global Surveyor took this photo, a fresh image of the “face”. A newer, sharper image with a higher resolution shows that this is an ordinary mountain.

2. The remains of a humanoid

Mars Curiosity sent this photo to Earth in 2014. It shows something that resembles a human’s thigh bone. The scientists explained that the unusual shape is most likely the result of erosion of rock formations by wind or water. One must understand: if NASA found human remains on Mars, scientists would make their detection viral.

Do you see the spoon in the center of the image? A long handle stretched over the landscape, casting a shadow below. Is it proof that some giant cook uses this tool to cook the donuts and wafers mentioned above? Unfortunately, no. On Mars, there is no such strong gravitation as on the Earth, therefore such fragile rocky formations can exist long without being destroyed under its own gravity.

This image from the NASA orbiter was made in February 2016. It shows strange formations on the surface of the “red planet”. Dark areas are a series of dunes that are very similar to the dots and dashes of Morse code. Scientists even deciphered them but got something totally strange.

The photo became widely discussed when it appeared on the Reddit site in late June last year. The author claims that the picture was taken by Curiosity rover in March 2017. The post has got thousands of comments, many people agree with the author that it can be an alien ship. Skeptics also suggest that this is more like garbage left by the Curiosity device itself.

On Mars, there is a fish rock, but there is no fish. Curiosity caught the object in the lens of its camera, and ufologists and supporters of the theory of the existence of the Martians were delighted. But this is just a game of forms of stone and lighting. NASA says about possible fossilized bones and animals on Mars: “Mars probably never had enough oxygen in the atmosphere for the conditions of existence of complex organisms.”

A strange whirlwind appears on this Martian landscape, shot by another NASA Mars rover – Opportunity in 2016. This is actually a real dusty whirlwind, just like on Earth. Only Martian dusty eddies can be up to 50 times wider and up to 10 times higher compared to terrestrial ones.

Mars rover Spirit took this picture in 2007, demonstrating a view of the rock formations. One of them stood out. It looked like a snowman. And a female.

A popular UFO blog “UFO Sightings Daily” published an assumption that this female figure is a monument made by aliens. Skeptics consider this an optical illusion and another excellent example of pareidolia.

NASA did not give a definite answer about this strange circular hole, shot by the orbiter Mars Reconnaissance Orbiter in 2017. But, most likely, this is a crater formed due to a meteorite impact. The hole is located in the region of the south pole of the planet. At the end of summer, because of the short daylight, the hole stands out sharply from the surrounding landscape due to the light and shadow.

Searchers of the unusual things on Mars edited the image made by Curiosity in early 2013 to emphasize an object resembling a piece of metal. A probable explanation is much less impressive than a metal racing ship or an iron monster. The object is probably part of a meteorite or the result of a play of light.