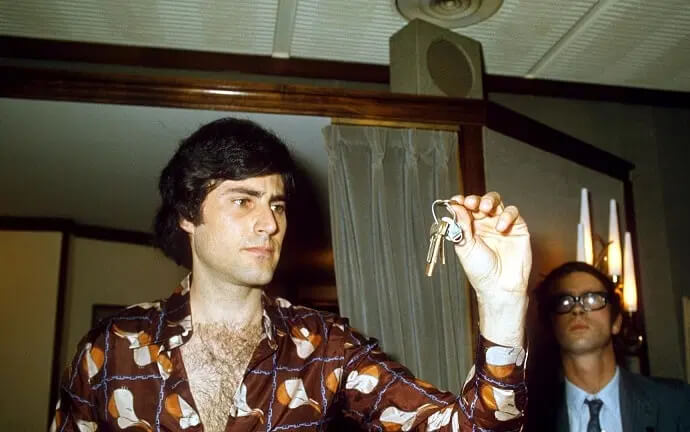 The CIA knows a lot of things that even the president of the United States is eager to know. Among several secret programs headed by the CIA, “Project Stargate” is the most unique one. In 2017, the agency declassified 13 million pages of secret files, including top-secret information about UFOs and psychic experiments. UFO enthusiasts and conspiracy theorists waited for those documents to reveal that the experiments held secrets beyond imagination.

The mission to start Project Stargate was to develop the psychic abilities to spy on Soviet Russia and track down its military activities. The first test of the project was conducted in the 1970s at the US army base of Maryland. Basically, this highly classified project was about the mind-reading of the enemies, so the CIA started recruiting people who claimed to “have powers of extrasensory perception (ESP) to help uncover military and domestic intelligence secrets.”

The inspiration to start a project that involved ESP and psychokinesis came to the US secret agencies from the Soviet Union, who invested a lot of money into developing abilities to move things using the mind only. The program is defined as “a mental process that allows an individual to perceive, communicates with, and/or Perturbs characteristics of a designated target in space or time from that individual.” The CIA never called this project successful or useful, but those who were in charge of the program found some benefits.

In this program, individuals (remote viewers) could see things in another place and had the ability to move objects from the distance. The CIA was searching for someone with such powers and found Uri Geller, the Israeli-British self-proclaimed psychic. He was the reason behind all the investigation that the US government did on ESP and psychokinesis. In 1975, the CIA performed a series of classified psychokinesis tests with Geller at a lab in Livermore, California.

In the CIA declassified file, it was detailed how Geller could replicate things drawn by a researcher in another sealed room. As the US government was getting benefits from this program, they continued funding it.

One of the remote viewers named Angela Dellafiora Ford revealed her physics powers on the CBS News program “48 Hours.” In 1989, she was asked by the army to psychically track down the location of one man. She located the man in Lowell, Wyoming, and then he was arrested 100 miles west of a Wyoming town called Lovell.

National security reporter Annie Jacobsen said: “This is where it got very interesting because scientists would consider, ‘Wait a minute, maybe we can read the minds of other government officials; maybe we can see inside a nuclear facility in Russia.”

A 2005 Gallup poll report says that 41% of the Americans who participated in the polls believed in ESP. Another interesting document in the CIA’s Project Stargate is “Mars Exploration” (Dated: May 22, 1984). In this document, there is a transcript, where a subject was given an envelope prior to the interview and asked not to open it until the interview ended.

[Subject]: … I’m seeing, ah … It’s like a perception of a shadow of people, very tall … thin, it’s only a shadow. It’s as if they were there and they’re not, not there anymore.
[Monitor]: Go back to a period of time where they are there.
Sub: … Um … (mumble) It’s like I get a lot of static on a line and everything, it’s breaking up all the time, very fragmentary pieces.
Mon: Just report the data, don’t try to put things together, just report the raw data.
Sub: I just keep seeing very large people. They appear thin and tall, but they’re very large. Ah … wearing some kind of strange clothes.

It was an attempt to visit the extraterrestrial place through an astral projection while examining its distant past. One of the most prominent members of this project is Joseph McMoneagle, a retired US Army veteran who was involved in 450 remote viewing operations that happened between 1978 and 1984. With his physics ability and spidey sense, he was able to locate the Soviet “Typhoon”-class submarine in 1979, and later in the following year, the satellite images confirmed its existence.

According to the date specified in the “Mars Exploration” memo, it was approved to be published only in 2000 although it was recorded in 1984, and McMoneagle was the only remote viewer to be working that time. He wrote in his book “Mind Trek” about the similar incident mentioned in that memo.

Jacob Brogan, an assistant editor at the Washington Post tracked down and called McMoneagle. According to Brogan, McMoneagle told him that the request to visit Mars was not made by the CIA but by some unknown army person to him.

“Neither of us knew what we were working on. Our assumption at the time was that I was working on targets on Earth. I was not familiar with any pyramids on Earth that had such large rooms,” McMoneagle told him.

McMoneagle was confused why he had been asked by the army to explore Mars. He had no clue. He remembered one more incident when he was asked to examine the UFO. “The problem that I have with targeting UFOs and Mars and things like that is that there’s no real way to validate the information,” he said.

In an interview with Richard Thieme, a founder of ThiemeWorks, McMoneagle shared his experiences on the Project Stargate, UFOs, and ETs. He shared his encounter with the UFO in 1966, in which he got a radiation burn.

Richard Thieme asked him: “Is it all one thing, though? These are complex psychological processes – and you were burned physically in 1966. Is it all one thing? Do scriptural texts of folk documents about people encountering entities – can we connect that experience with an experience of the lights going on at night and you seeing a physical craft?”

McMoneagle replied: “I did a remote viewing in early 1980s, 82 or 83, where a UFO target was mixed in with other targets, so I had no idea it was a UFO target.”