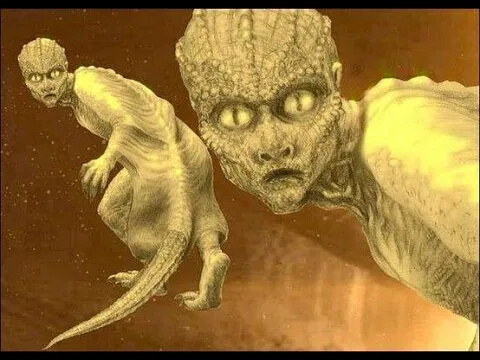 Arcturians are a very spiritual race who live in the universe or the reality of pure love. It seems that there is a certain gateway on their planet through which high frequency energy is transmitted in our dimensional universe. Members of the Lyra Prism Confederation of Humanists. It is clear that other types of highly evolved spiritually humanoid aliens are aware of the current situation of the Earth and act accordingly in the area of our planet. It’s about the aliens on Arcturus and Vega. They were reported mainly in the ’50s and’ 60s but there is much evidence of encounters with this kind of aliens even today. Countless contacts say they are in touch with them. Their name comes from the look they have. In general, they have blond hair, blue eyes, white skin and excellent physical condition. They are dressed like people. Their height is about two meters and they have special psychic powers. Communicates especially through telepathy. Presents a non-protocol, free, relaxed behavior. Most encounters with these beings take place in rural areas or in small towns. Most of the mediums who are in contact with them say that they are very evolved spiritually but also technologically. It seems that few cases of contact with them involved cases of kidnapping or various experiments. Inhabitants of the planet Arzex. Appearance of giant snakes. Reptile head with two large, whitish eyes. Their body is very thick about 1.5 m, and 4-5 m high. They feed on a silver down grass that is found at ground level. The lifespan is 300-500 terrestrial years. Inhabitants of Bellatrix one of the brightest stars in the constellation Orion. Distance from Earth: 112.2 light years. The majority species is a reptile hybrid. It migrated from the Sagittarius Constellation 25 million years ago. Their skin is covered with scales and they are very bony and on their heads they have a bony ridge. they have large red or yellow eyes. The mouth has thin lips that extend from one side of the head to the other. The ears are non-existent, only a sign of their existence, a circle of 7-8 cm. The scaly skin is similar to that of the crocodile, green, yellow, brown or red. They are bipedal. Thin hands have six long fingers with claws. The legs have five toes, which end with very sharp claws. They have a very small crocodile-like tail. Males are shorter than females. males vary in height between 2.5 – 3 m and females between 2.5 – 3 m. The language is raw and guttural and consists of murmurs and whistles. Their scout ships look like dewdrops or beetles. They vary between 30 -122 m in length. The mother ships have lengths between 1.6 and 640 km. They are members of the Galactic Confederation. Aliens in the Barnard solar system This group includes most types of aliens. Bioids are extraterrestrial entities that function on the basis of a metabolism that is similar to or reminiscent of living things on earth. Among the beings that are not part of this group we mention the extraterrestrial entities from the high frequency astral planes that operate on the basis of other principles compared to the physical dimensions of existence. The latter, unlike biological entities, operate exclusively on the basis of etheric energy accumulated through various subtle energy centers. Another group that does not belong to the category of bioids are robots. Reptiles that are supposed to come from the Bootes system. It is assumed that these and the reptilian entities in the Draconis system are involved in the infiltration, implantation and control of human society on Earth in order to gain control in the future. Non-physical beings in the constellation Cassiopeia, located in a size larger than Earth. They are Nordic aliens (blondes) who come from Alpha Centauri. Like her Pleiadians, she seeks to help us evolve spiritually but is not actively involved as other races do, even though they have contacts with certain people on Earth. Apparently similar to us, but they have a faint shade of gray in their skin. They are a kind of robot created by the ashes. They have a child-like mentality. They are silent, slender and have the appearance of amphibious creatures that come from planets in the constellation Cygnus. They are a Nordic type breed that comes from what is called the DAL Universe. They are a branch of the Lyrians and are very technologically and spiritually advanced; they are 300-1000 years before the Pleiadians. It helps the Pleiadians in the same way that the Pleiadians help us. Elohim are the aliens who created the earth through genetic engineering, according to Rael, the famous contact who contacted them. After creating humans and leaving their land, they allowed society to progress naturally, according to its own rules, but still maintained contact through prophets such as the Buddha, Moses, Jesus and Muhammad, all specially chosen and educated by to them.