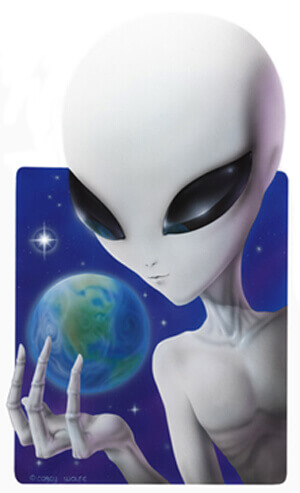 Scientists have released proof that aliens are watching you right now, and it’s called the “Zoo Theory”. If you’ve never heard of the “Zoo Theory” before then this amazing video will explain how humanity is being watched by extraterrestrial life forms in the far reaches of outer space. Sounds like a bad sci-fi movie, but you’ll thank us for preparing you for when the Aliens do show up.

The fact that this video was made in January and they were talking about aliens quarantining us is a bit freaky.

This is interesting because I am of this mindset. I do not believe that everything that has ever been on this planet is simply a process of evolution. Evolution does not explain enough. We think in terms of time as we know it. We also know about relativity. Maybe the aliens were not here that long ago but they came from such a distance away that millions of years pass before each visit. What is a year to us maybe a second or less to them? No, it seems highly improbable that we are alone. Arrogance allows most of us to think this way but I highly doubt it. This whole planet resembles one huge experiment. Everything is consumed in time. Everything is in search of energy. Most species on the planet are here for a reason or role. It is interesting that we are the only species that have a choice. Once you move beyond the religious dogma and political propaganda you can begin to clearly see things are not as we are led to believe. At some point, we will realize that the universe is teeming with life. That our own galaxy has incredible variations of more advanced and less advanced life. Time will tell.
WE ARE THE DISCLOSURE !!!  ~~~ WE HAVE NEVER BEEN ALONE!!!