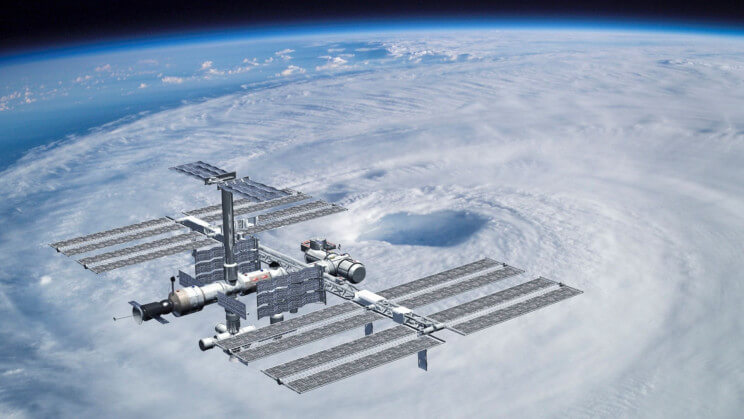 The ISS program is coming to a close, signaling the end of an ambitious era of scientific collaboration.

An artist’s impression of the ISS t.light/iStock

Russia’s space agency (Roscosmos) announced on Tuesday, April 20, that it hopes to launch its own orbital space station as early as 2025, an AFP piece explains, amid reports that Moscow is planning to withdraw from the International Space Station (ISS) program.

Launched in 1998 by the US and Russian space agencies, the program is a bastion for global scientific cooperation and it has constituted a successful area of cooperation between Moscow and Washington.

The move comes as both NASA and Russia’s space agency plan for life after the ISS — international agreements on the operation of the ISS expire in 2024, with the space station expected to fall back down to Earth sometime between 2030 and 2050.

As The Moscow Times reports, during the 60th-anniversary celebrations of Yuri Gagarin becoming the first human in space last week, April 12, Russian President Vladimir Putin called for a new space development strategy to be executed over the next decade.

The same report cited Russia’s Deputy Prime Minister Yury Borisov saying Moscow was considering whether to leave the ISS program from 2025 due to the station’s age.

Since then, Roscosmos chief Dmitry Rogozin has stated that work on the first module of a new station has begun. “The first core module of the new Russian orbital station is in the works,” Rogozin said in a statement on messaging app Telegram.

According to Rogozin, Russia’s Energia space corporation aims to have the module “ready for launch” in 2025.

Though the ISS program is set to end soon, and contingency plans are inevitable, global media reports do note the rising tensions between Russia and the US, amidst espionage claims and trade tensions.

Unfortunately, with the end of the collaborative ISS era, we may see a new era of militarized space as characterized by the US’s “Spacepower” military doctrine, which sees the country turn its back on a decades-long global effort to maintain space as an UN-militarized domain.

Since launching in 1998, the ISS has seen collaboration between global scientists from Russia, the US, Canada, Japan, and the European Space Agency (ESA), making it one of the most ambitious scientific collaborations in history.

The space station has underseen countless breakthrough research investigations, including recent experiments with the Bose-Einstein Quantum state, or the “fifth state of matter.”

Though Russia is yet to formalize any plans for leaving the ISS, Roscosmos told AFP in a statement that “when we make a decision we will start negotiations with our partners on forms and conditions of cooperation beyond 2024.”

Russia recently turned down an invitation to participate in the US’s Gateway lunar orbit station, instead opting to plan for its own lunar space station with China. The country lost its monopoly on manned flights to the ISS last year after the first successful crewed mission of US private space enterprise SpaceX. It seems that Russia is making post-ISS plans with no US invitation in sight.