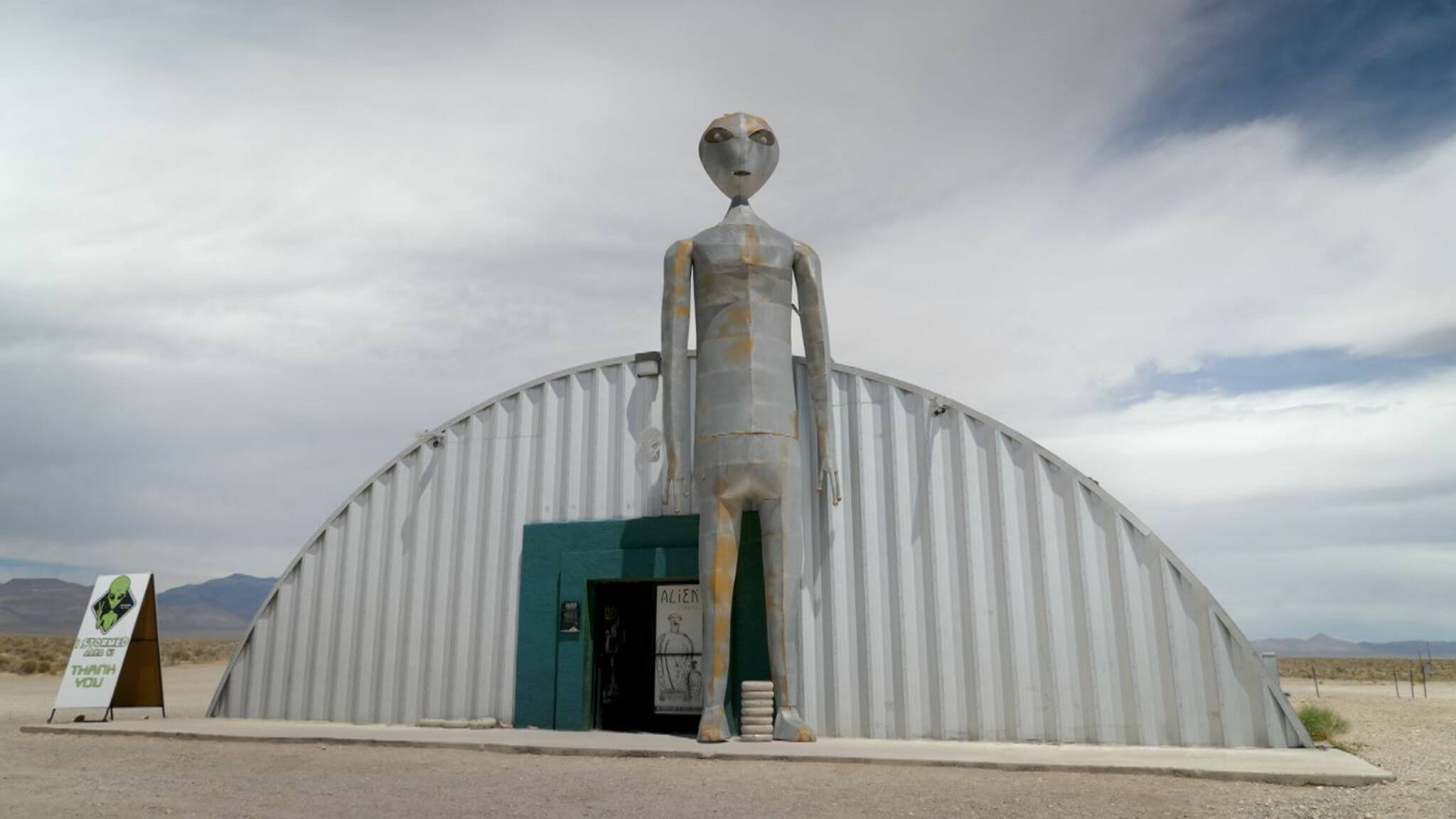 On the second floor of the Aquarius Casino Resort, two of Nevada’s quirkier attractions are on offer.

Turn left and you can pledge until death do you part in the wedding chapel, turn right and you are deep in wonders of the annual UFO Mega Conference.

For 30 years, researchers and enthusiasts have gathered to digest and dissect the latest mysterious goings-on in the skies above.

For most of that time, they did so in the knowledge that they were regarded as conspiracy theorists or, as one attendee put it, “people in tin-foil hats”.

But this year’s conference took place in Laughlin in Nevada with the US gripped by its government’s public acknowledgement that there is something out there and that they have no idea what it is.

Well, not that they’re telling us anyway.

Not that they think we are getting the whole truth.

Curiously, people who believe fervently in alien lifeforms do not believe at all in Washington DC.

‘Something’s out there’: UFO researchers welcome release of Pentagon report

The Pentagon is due to release a report this week detailing what the US government knows about what it calls “unidentified aerial phenomena”.

“I think the push for disclosure has been happening for decades and I think it’s gaining momentum,” said Katie Griboski.

The UFO researcher has given a talk called “High Strangeness on a Colorado Ranch”.

She added: “I don’t think the government can hide these secrets anymore and so they’re trying to cover their butts a little bit.”

Still, all this mainstream acceptance is a dizzying experience.

“About two years ago, if I told someone I was a UFO researcher, they’d give me that funny little look. And now it’s on the news almost daily, they’re like ‘Oh, really?’ and they’re inquisitive,” Ms Griboski said.

“If nothing else, that’s a good thing.”

Next to the main conference hall at the casino, attendees stand gossip about this new credibility. Stallholders sell books and DVDs about what the government calls “unidentified aerial phenomena” and others offer a variety of ways of being healed. One involves footballs.

There is a joy on the face of Ronny Dawson. He had already described to a rapt audience a “journey from horror to alien contact” in his Texas bedroom. During alien “home invasion” in 2010, he had been paralyzed in his bed.

“They pulled my consciousness out of my sleeping body, apologized for disturbing my rest, and said they needed to have a conversation,” he said.

Mr Dawson said his visitors wanted to know how to open a channel of communication with humans. “I said: ‘Fly a big ship around the earth until everybody on earth has seen it.'”

He says the US government is reacting to the inevitable. “I think the reason they’re doing it is because the ETs are tired of waiting and they’ve given us a deadline: ‘Either you tell them, or we will.'”

Throughout the week-long conference, attendees were treated to movie premieres, previously-unseen footage and speeches from writers, experts and self-proclaimed “contactees… delving deep into what has been until now a sprawling sub-culture”.

There was even an evening of live entertainment with a “master of paramentalism” who promised he could guess the color of your underwear.

Few of those we spoke to had great faith in the likelihood of full transparency from the Pentagon.

The reason? “I think there would be mass panic,” said Tracey Myles. “I think people can’t handle the truth. I think they’re very closed-minded.”

Pollyanna Infante, who describes herself as a “hybrid” who has regular telepathic communication with alien lifeforms, believes we have nothing to fear from them. In fact, she says, their message is a call to action.

“Essentially they want us to stop destroying our earth and they’re not going to let us destroy it.”

And, armed with the experience of his own encounter a decade ago, Ronny Dawson is realistic about what comes next.

“I think it’s a time bomb. It won’t matter down the road a few years. Some people are not going to believe it until it’s walking down the street and they’re still going to scratch their heads.

“But that’s the way we’re going and the government has no choice.”