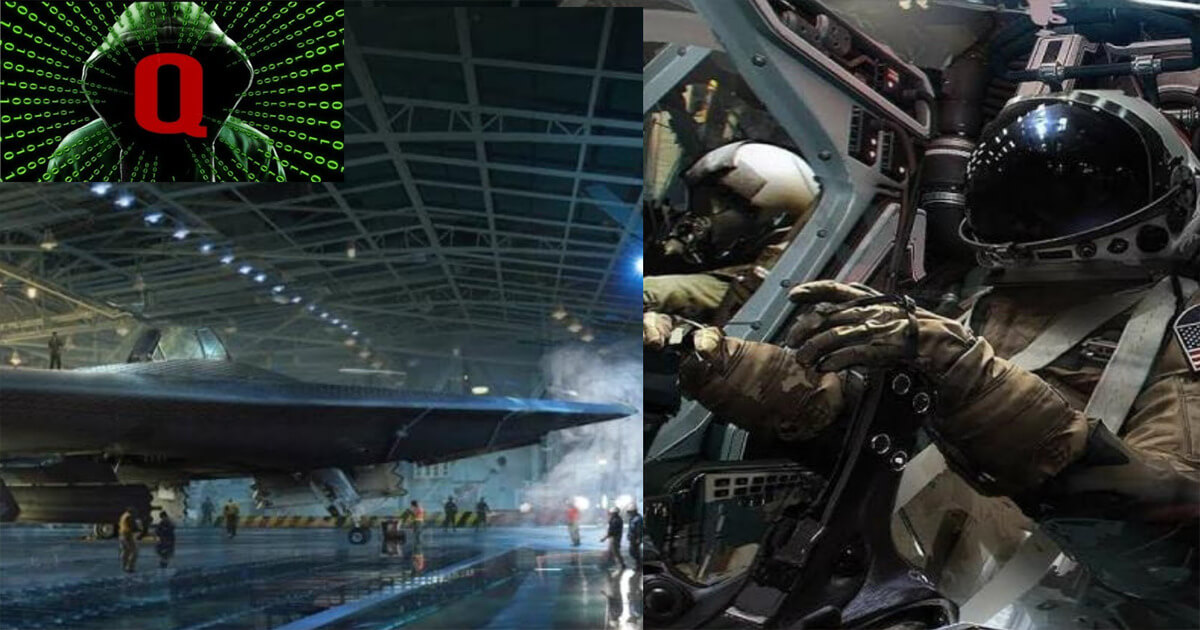 In the first post, Q addresses concerns regarding whether there is extraterrestrial existence and whether the Roswell UFO crash ever occurred, and answers as follows: Q’s comment makes it plain that we’re not alone, and that the reality about Roswell’s flying saucer accident has the “highest score.” The response is important because it confirms what a senior official of the Department of Communications of the Canadian Government recorded back in 1950 when he asked regarding the Roswell crash of senior U.S. government scientists.

Wilbert Smith’s official study was officially published under the Freedom of Information Act:

It is the most heavily secret topic of the U.S. government, much more than the H-bomb.

Possibly expecting skepticism, Q further argues that readers accept the vastness of space and know that our galaxy, and the cosmos more broadly, is definitely teeming with existence, any of which has technologically advanced enough to pass across our galaxy and visit the Earth as happened in the Roswell event.

Q referred to a variety of queries regarding classified space programs in the second bomber article of September 19, and replied: In saying that “moon landings are genuine” Q is refuting the conspiracy theory that the moon landings had been hoaxed. This eliminates a challenge for the general population to discover the facts of what actually transpired on the moon after the Apollo Moon landings.

In the next statement, Q affirms the presence of space programs that are beyond the public domain.” This indicates that Q needs readers to recognize that knowledge on these non-public domain space systems is extremely confidential and limited to those who need entry.

In addition, Q points readers to the reality that a lot of knowledge regarding these classified space systems is accessible in the private corporate sector and not actually in the possession of the US government and the military.

Two insiders, Emery Smith, and Corey Goode spoke about how companies operate classified space-related projects out of military facilities such as the Kirtland Air Force Base.

Although Q did not make clear reference to President Donald Trump’s Space Force plan, it can be concluded from Q’s reply that this is linked to the presence of hidden space programs.

This is the first time that Q has made clear reference to hidden space programs. Previously, Q posts pointed to a covert space program that was interested in intercepting a ballistic missile strike on Hawaii.

It should be anticipated that Q will disclose even more when the general population becomes exposed to the idea that the facts regarding covert space programs and extraterrestrial activity have been withheld, and the Space Force project will become a method of wresting power away from businesses and restoring to presidential executive control.