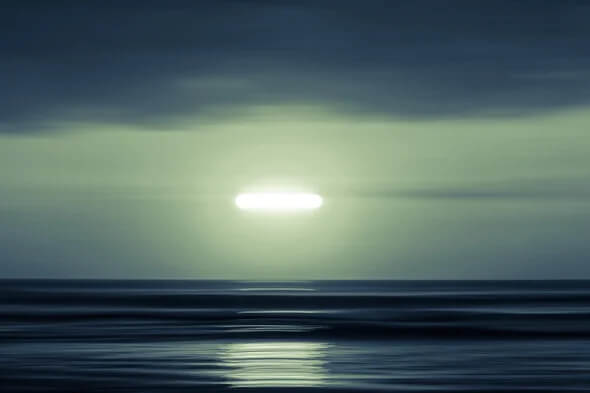 We have been carelessly leaking radio waves into space for 126 years without thinking about the consequences. If there is a neighboring civilization with sensitive radio telescopes within a hundred light years, they might already know about us. How quickly should we expect them to make contact?

There are two types of responses that we could anticipate. The faster would involve electromagnetic signals such as radio waves, which move at the speed of light. But this would mean waiting until the 22nd century for a civilization located even as close as 100 light years away. A much slower response would involve chemically propelled rockets, like Voyager 1 and 2 or New Horizons, which our civilization has sent on trajectories that are taking them out into interstellar space. If the responders chose to use those, that “short” journey of 100 light-years would take millions of years. This means that we still would have a waiting time as long as the time that elapsed since humans first appeared on Earth before we could witness chemically propelled crafts arriving in response to detecting our TV and radio broadcasts. The travel time could be shortened considerably with extraterrestrial sails pushed by light up to relativistic speeds, in the spirit of the Starshot concept, but it would still take an enormous amount of time.

But that assumes that an extraterrestrial civilization is at the same stage of technological development as we are, but the Copernican principle, which asserts that we aren’t special in any way, says otherwise. We have had the technology capable of reaching out to other stars for only about a century, just a tiny fraction of our Earth’s history; the odds are more than 10 million to one that another planet is at precisely the same point in its own development. In order to encounter one, we would have to include a volume of space containing more than ten million stars. Given the local density of stars, this implies that the signal must traverse a distance of at least a thousand light years. And that in turn requires a two-way light-travel time of more than two millennia. In other words, we will not get a response, even at light speed, before the year 4000.

There is another way to look at it, however. This was the conclusion of a paper that we recently submitted for publication with my student, Amir Siraj. We asked: What if an advanced technological civilization arose many millions of years ago and has been traveling across interstellar space since long before becoming aware of our existence? Our own astronomers are eager to study potentially habitable exoplanets, such as a planet around the nearest star, Proxima Centauri. We easily might decide to visit Proxima Centauri b with our spacecraft before there is any sign that a technological civilization might have emerged on it. In an analogous way, could interstellar vehicles be surprisingly close to us right now simply because their creators discovered long ago that Earth is a habitable planet and decided to come for a look?

The only way to find out is to search the sky for unusual objects. This is the rationale behind the Galileo Project, co-founded with my colleague Frank Laukien, which I am leading. The project was publicly announced on July 26, 2021, as a research endeavor to assemble and transparently analyze scientific data collected by new telescopes. This multimillion-dollar project is funded by private donors who approached me after reading my book Extraterrestrial or listening to the numerous interviews that followed its publication. Subsequently, I assembled an exceptional research team that plans to construct a network of new telescopes and monitor the sky for any unusual objects near Earth. When searching the sky in a new way, one is likely to discover something new.

This was true of the astronomer Galileo Galilei (1564–1642), whose improved design of an optical telescope allowed him to discover the four largest moons of Jupiter in 1609–1610. These Galilean moons were the first satellites found to orbit a planet other than Earth. Galileo also discovered Saturn’s rings in 1610. Both discoveries provided key evidence in favor of the model of heliocentrism, developed by Nicolaus Copernicus and published in 1543, which displaced the previous, dogmatic and incorrect, geocentric model of the universe. According to a popular legend, after recanting under persecution his theory that the Earth moved around the sun, Galileo allegedly muttered the rebellious phrase “And yet it moves.” Galileo also complained that some of the philosophers who opposed his discoveries had refused even to look through his telescope and see the mountains on the moon or the four largest moons of Jupiter. Let us not repeat their mistake. Admitting that our knowledge is incomplete would allow us to complete our knowledge.

Our project is named after Galileo in view of the possibility that it could make pathbreaking discoveries regarding extraterrestrial technological civilizations. A high-resolution image of an extraterrestrial artifact could impact our world view as much as Galileo’s pioneering observations.