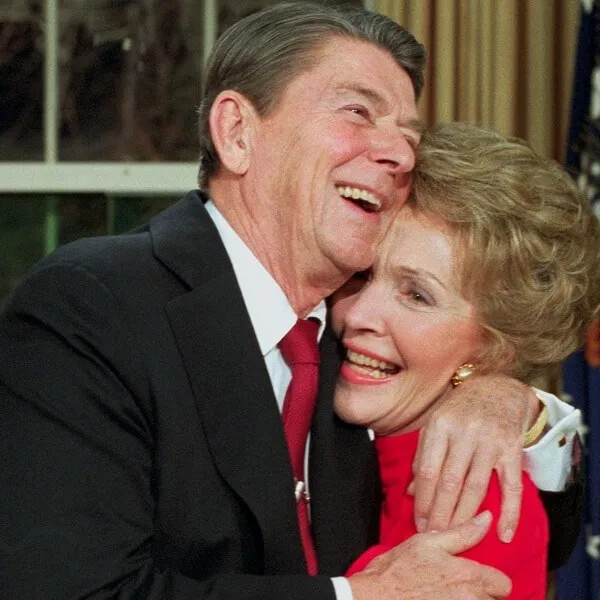 What would happen if aliens attack the Earth? Most probably, all the world powers would unite to fight against them. That’s what Ronald Reagan said to Mikhail Gorbachev privately during the 1985 Geneva Summit. President Reagan is fairly known for his UFO sightings and incredible remarks on extraterrestrials. There are several occasions where he tried to tell the world that aliens exist.

President Reagan served as the president of the United States from 1981 to 1989. He had two UFO sightings. One of them is well-documented, while the other account lacks exact date and location. In 1988, American TV host and comedian Steve Allen disclosed that Reagan and his wife Nancy arrived 30 minutes late at a party in Hollywood as they spotted a UFO, coming down the coast.

Reagan’s other incident is more convincing. In the summer of 1974, when Reagan was a governor of California, he had the most dramatic UFO encounter. He was flying in Cessna’s private jet when he noticed a big light following the airplane at 35,000 feet. He immediately alerted the pilot named Bill Paynter. Later, the pilot revealed that the UFO followed them for half a mile but it took off when they tried to move closer to it for a better view.

Reagan said: “It was zigzagging around. I went up to the pilot and said, ‘Have you seen anything like that before?’ He was shocked and said, ‘Nope.’ And I said to him: ‘Let’s follow it!’ We followed it for several minutes… to Bakersfield, and all of a sudden to our utter amazement it went straight up into the heavens.” This statement was confirmed by Norman Charles Miller, who was a chief of the Journal’s Washington bureau that time.

(1988)”, author Jane Mayer described how the UFO sighting impacted Reagan. Soon after the incident, he told his wife about the encounter and they initiated personal research in the matter. They went through Egyptian ancient texts and hieroglyphics, where they found spectacular information about flying saucers and other extraterrestrial activities. From the Egyptian reference known as “Tulli Papyrus“, they learned about the UFO incident that occurred during the reign of Pharaoh Thutmose III, 1450 BC.Things got much serious for Reagan when he became the president. The world was passing through a very tense period as the Cold War was in the full swing. The two great nuclear powers, the US and the Soviet Union were fighting proxy wars. Both nations continued developing more nuclear arsenals to one-upmanship which caused the Geneva Summit to be held in 1985. The meeting was conducted to discuss and improve diplomatic relations between the two powerhouses. Among all the talks, speeches, and meetings, the main attraction of the Summit was when Reagan met Soviet General Secretary Mikhail Gorbachev. The two began accusing each other of their respective actions but at one point, they stopped talking, took a break, and had a private walk together. Every reporter on the site was watching them with keen eyes. Unfortunately, no one could find out what they were talking about until 2009.

During an interview with Charlie Rose, Gorbachev said: “From the fireside house, President Reagan suddenly said to me, ‘What would you do if the United States were suddenly attacked by someone from outer space? Would you help us?’ I said, ‘No doubt about it.’ He said, ‘We too.’ So that’s interesting. I’m sorry for having interrupted you, but it was an interesting moment.”

President Reagan made several remarks about the “alien threat” in his speeches from 1985 to 1988. In one of his speeches to the UN, he said: “What if all of us in the world were threatened by an outer power, from outer space, from another planet? We would all of a sudden find out that we didn’t have any differences at all.” None of the presidential aides, speechwriters, and handlers liked what he said. Besides, it never appeared on original drafts. Despite it, Reagan continued adding it subtly.

Interestingly, during a special screening of “ET: The Extra-Terrestrial” at the White House in 1982, Reagan whispered to Steven Spielberg that everything shown in the movie was real. It was confirmed by Spielberg while giving an interview to Quint (aka Eric Vespe). Spielberg said: “No, he wasn’t ushered out of the room. He was the President of the United States! Nobody could usher Ronald Reagan out of the room! It was in the White House screening room and Reagan got up to thank me for bringing the film to show the President, the First Lady, and all of their guests, which included Sandra Day O’Connor in her first week as a Justice of the Supreme Court, and it included some astronauts… I think Neil Armstrong was there, I’m not 100% certain, but it was an amazing, amazing evening.

Reagan was criticized for his bizarre comments on aliens, he was called an actor reading a script but the truth is that they were his own words. In the following years, many officials in the White House hinted at the presence of outer world life. In 2016, leaked Podesta UFO emails explain that the White House is aware of aliens.