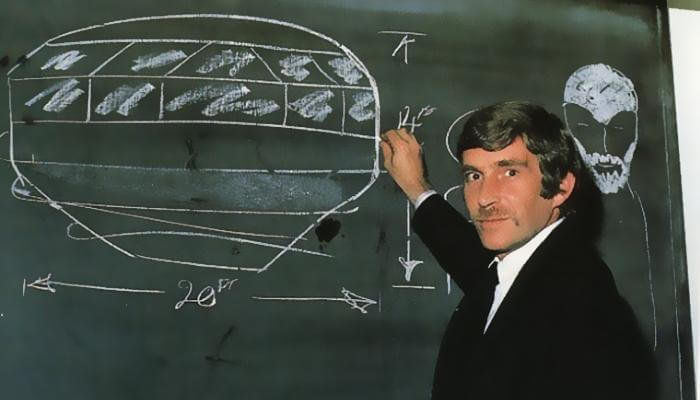 Retired police officer Alan Godfrey claims that 40 years ago he saw a UFO over Todmorden (UK), but his superiors then did not investigate this fact. However, this mystery still worries him.

73-year-old Alan remembers the events of November 28, 1980 as if they happened quite recently. While on patrol that day, he noticed a strange diamond-shaped object hovering over the road. A little closer, he realized that he was seeing something out of this world. He grabbed a pen and sketched a UFO in his police notebook after his radio stopped working. By the way, this sketch disappeared without a trace, according to the Mirror.

However, he noticed that the bottom of this object is rotating. Suddenly there was a bright flash and he was several meters further along the road. The object disappeared. Alan Godfrey also noted that the road was dry even though it was raining.

Alan returned to the station, but could not explain 25 minutes of the time spent at this place. Alien abduction researchers call this “missed time.” Under hypnosis several months later, he recalled seeing small creatures on the ship and a tall man with a beard who asked him various questions about his life. This meeting is considered by researchers as the first alien abduction in the UK.

By the way, it was Alan who a few months earlier discovered the body of a missing Pole, who, in addition to strange burns on his neck, head and shoulders, also found traces of an ointment that scientists could not identify. The coroner in charge of the case said it was the biggest mystery of his career.

After the incident, Alan led a normal life, but his story caused a lot of rumors and suspicions. He himself simply says that he told about what he saw, about what it was, one can only guess.