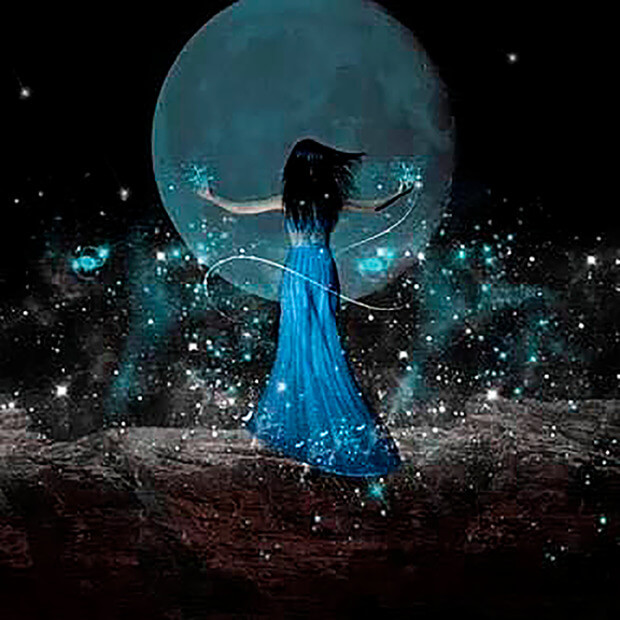 Dear brothers and sisters of planet Earth! I AM KALIGHAL, Commander of Pleiadian Ship

Much joy! Much joy! I only bring joy here today. Joy for being able, once again, to have a voice for you. We can say that the party is all ready; the guests are many, there are millions, they are all of you. Unfortunately, we won’t be able to release balloons, because it wouldn’t be good for Gaia, but we would love to release a lot of balloons to show our joy. We can say we’re cleaning our ships, cleaning up, getting ready for the big day. Not that we’re messy, nor do we keep our ships a little disorganized. But that you understand how nice it is being, to be sure of the big day.

We are millions around your planet. It would be wonderful if we could all, at once, in a single moment, land on the surface of your planet. At first, it would be strange, first because of the energy of the dimension. It wouldn’t be very easy for some of us. But I can tell you, it would be a very interesting experience for everyone. But that’s not what will happen. We will not impose our presence all at once, it would cause unnecessary panic at this point.

Let’s say that firsthand, we will show our ships; and it won’t be the mother ships, it will be our smaller ships. The motherships will appear in your skies when the planet’s vibration effectively begins to rise to the Fourth Dimension at the highest range; then we can keep our ships without any harm in your skies. The appearance of our ships in this dimension, in the Third Dimension, is not an easy thing for us. It takes a lot of energy, a lot of programming from our minds so that we can stay in this dimension. But some of us have been preparing for some time now, and we can, yes, descend on your planet and show off in physical form, so that you know effectively whom you are talking to.

We’ve been watching to make yourself known, you put little plaques on your chest, so the other person knows whom you’re talking to. So I’ve already had a little sign made to put it, with my name, Kalighal, so that you know effectively that it’s me, otherwise you’ll confuse me with the others, you won’t know who I am. I have already prepared the evening dress, a very beautiful outfit, an outfit that I can present myself correctly to your rulers and show all our love; because that’s what we want to demonstrate. The fact that we step on the surface of your planet is not an intimidation, it is not superiority, it is not an invasion. It is the purest proof of love and trust that we are giving you.

Of course, we will be very careful when we do this. Because everything is also being prepared, to spoil this great moment, to show the great mass of the planet that we are not benign. But we already know this and we have full control of the possible reactions that might happen on your planet. We will not go down without warning. We’re not going down without you being prepared, we’re not that naive. Things will be done gradually; first the apparition. After all the hubbub caused on your planet has passed, then yes, we will start the approach. And some of you who already have direct contact with us will be invited to be with us directly, to get to know our ships. And then at this moment, we will be sure of your trust in us, because much will be said, much will be fought, that we are here to kill you, to invade, to annihilate the planet, to end the human race. Yeah, if we wanted to do that, we would have done it over 20 years ago, when it all actually started.

And here we are, ready for a peaceful and loving approach. To bring you our knowledge, our technology, our support for humanity. Don’t think we got here, just to make up the numbers. We’ve already battled a lot, we’ve destroyed a lot, but our victory was already certain and it’s already happened. So now we’re moving on to phase two, which is the phase of total cleansing of your planet’s surface. From what? From those who were always against it all, from those who enslaved you, from those who manipulated you. Then each one will be removed from its place, wherever it is. Many are huddled underground, thinking we don’t know they’re there. They will be the first to be taken out; and none will remain, because we know exactly where they are. And all this cleaning will be documented, it will be filmed, and then it will be transmitted to all humanity. We still don’t know if we will do it live or later, but this is a decision that is not up to me, it is up to the commanders. We obeyed orders, what we were told to do, we will do.

We are so happy, our hearts are shining brighter than ever with anticipation for the big day. We know it won’t all be wonderful, we will have problems, but we are ready to deal with any kind of reprisal. And as already said here by our great Commander Ashtar Sheran, our priority “1” is you. So at no point will we expose you to anything. We would never do that. So just as we’ll be landing on your planet, we’ll be watching from the skies, every movement around. We think about your safety, because ours, we know what we do.

Humanity is about to take a very important step: to recognize that it is not alone in the universe, to recognize that there are brothers throughout the universe. And that a vast majority of them are here in your heavens protecting you, helping you. The ascension path is open, clean, flowery. And we want to drive you faster and faster there, with our help, as far as possible, as far as is allowed. Again, I want to say that the joy in our hearts is immense. And we can also feel the same joy in some hearts.

Unfortunately for many, the physical meeting will not be possible, due to the distance from where we will be to where you live. But rest assured, that we will contact each one of you, who hold us in your hearts, with the highest respect.

Love will come in time. We understand that this feeling is created, it is developed, it is nurtured over time. So first let’s talk about friendship. We want to build a solid and deep friendship with you, and as time goes by as we get to know each other better, then we can say that love begins to sprout, and a great bond, a great connection will be created between us. Our house, our planet, will have its doors open to receive you always. It doesn’t matter who you are, because we love humanity as a whole, not as one, as another, as a representative, we love everyone. Because we’ve learned to emanate that feeling unconditionally, but we know that for you, it takes a little walk; between friendship, knowledge, coexistence, and then love appears; and it’s all right.

Right now, we only expect respect. If you already respect us, no matter how we are, this is already a big step for humanity. We won’t just feature those who are humanoid; all will perform, without exception. So, we just ask one more time: Respect. For we may not have the same body, the same physical, the same shape as you, but we have a conscience and a soul, just like you.

And it is precise because we have a conscience and a soul that we are here, helping the human race on this beautiful planet. And we want, and we know that we will have, in the future, that this planet becomes a beautiful tourist resort in the universe, with its wonders, its beauty, and its people; known to the Universe as the most warrior, the strongest people, the bravest people, of this universe. And that you chose to ascend along with your planet, to show that nothing is impossible, just believe.