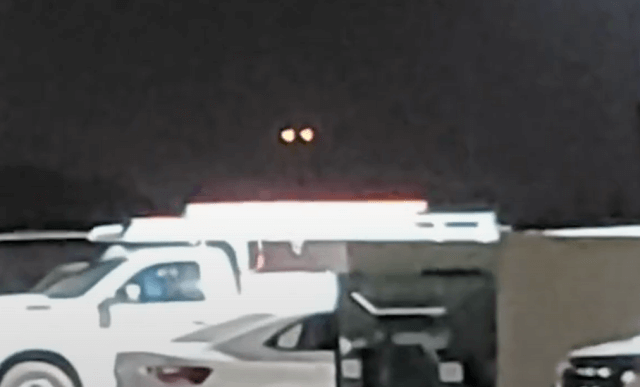 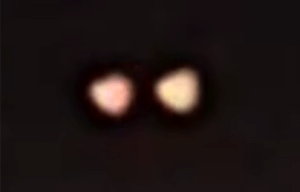 The eyewitness Jae Luna said he could hear the jets at Luke Air Force Base, scrambling and flying around. The UFOs look like a six pointed star when you see it in person. He said he was literally just a across the street from Luke Air Force Base. That places the sighting in Glendale where the base is located. USAF jets only scramble to investigate unknown craft in the area and would never be told to investigate military flares, hot air balloons or even Venus. This is 100% proof that even the USAF saw these glowing lights in the sky as unknown craft! These lighting’s were seen a few nights ago over Glendale, Arizona. Just 20km from Phoenix, the famous location of the legendary Phoenix lights that were seen by thousands. I took a screenshot of the glowing lights and they are not perfectly round, instead they are triangular in shape. Also I thought maybe they were on the mountains, but when I added light to the screenshots, there was a hill to the far left, but none anywhere behind or even below the UFOs. So these objects are in the sky. They are not a reflection from the lamp post in the parking lot either because if they were, the UFOs would be bouncing around more and transparent. This is a real UFO, the same UFOs that night back in March 13, 1997. Amazing sighting and needs further investigation. Because finding the exact location this UFO was over would tell you the exact location the alien base is below the ground. 5-6km below. Yes, I said it. Similar sightings have happened over the Phoenix area over the years…so something must be underground in that area. My thanks go out to eyewitness Jae Luna and his family for this awesome raw footage over Maricopa, Arizona. He has a steady hand and good eye. Scott C. Waring – Taiwan Eyewitness states: Phoenix lights 2.0 UFOs in Arizona!I experienced some UFOs tonight. They seemed to be traveling between dimensions in my opinion. What are your thoughts on this?