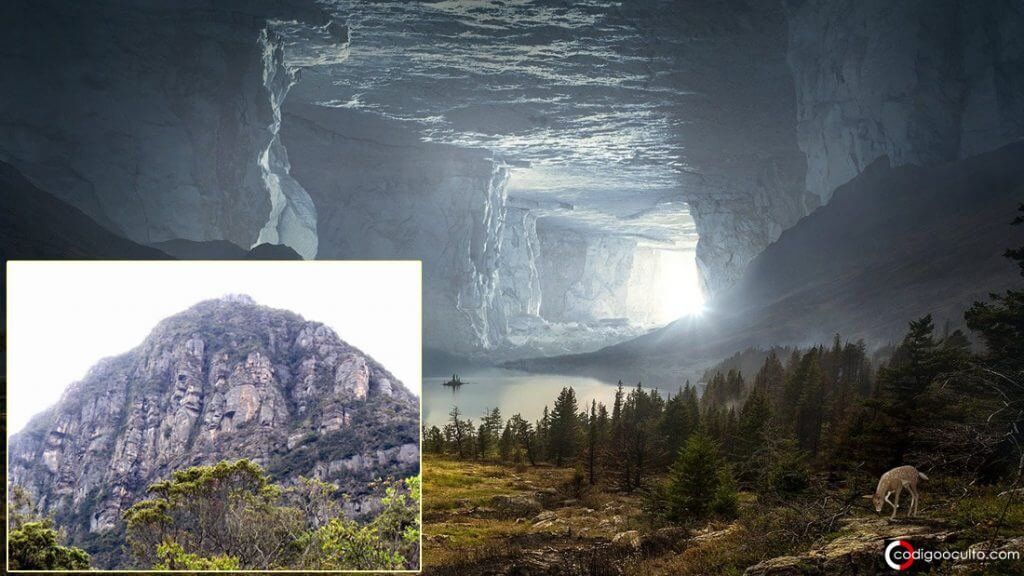 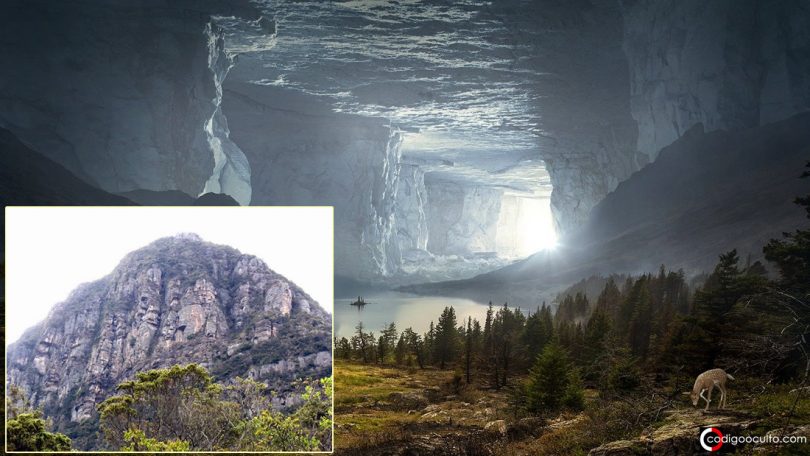 There are places in our world so enigmatic that not even science has been able to explain; That is the case of the Peña de Juaica; an immense mountain known for years as “The Gate of the Gods”, and also called the Gate to Infinity …

La Peña de Juaica is how it is known to an imposing mountain that is located 45 minutes from the Bogota savannah, between the Tabio municipality and Tenjo.

Its height exceeds 3,000 meters above sea level and it has become one of the most mysterious places in Colombia due to all the mysticism that surrounds it.

Many historians and researchers have called it ” The door to infinity “, since it could be a kind of interstellar port that would allow the passage of hundreds of UFOs , which witnesses say they have seen flying over its top.

The mysticism and legend of the Peña de Juaica 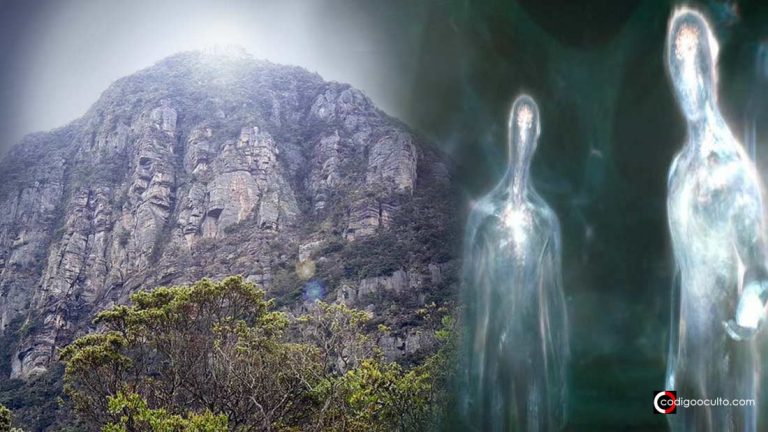 The mysticism of the Peña de Juaica. Courtesy: I am a Messenger / Wikipedia Commons. Editing: Erick Sumoza Tabio residents say sightings of strange lights and unidentified flying objects over the mountain are common .

There are many theories about this strange event that science has not been able to explain. For this reason, many independent ufologists, theorists and researchers approach the mountains to witness such an event.

However, what all those who have been able to investigate this place do agree on is that the mountains emanate an energy different from the rest that leads us to think that this place is really “special.”

Among the main ones was the goddess Huitaca and the god Bochica , whom they asked for abundance for their crops and fertility for their women since, they believed, that it was a portal where they came to our world.

In addition to that, the indigenous people also stood guard at the top of the mountain to watch when strangers approached the valley. During the colonization, the mountain was of great importance for the natives to spot the Spaniards, but in turn this generated a wave of mass suicides , as they preferred to die before being enslaved.

Several theorists claim that all this “paranormal” activity is due to the energy load that the Peña de Juaica has. 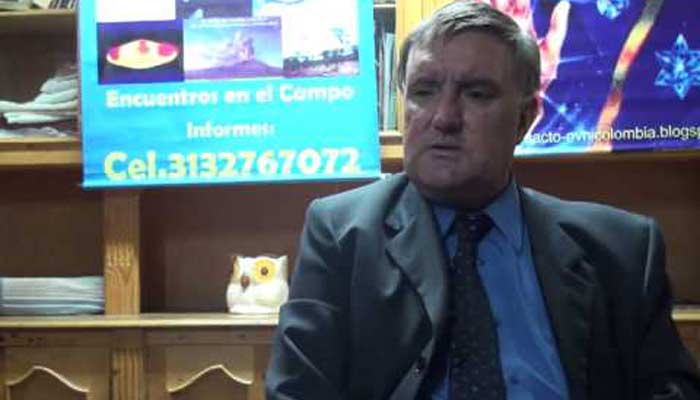 He is currently the director of OVNI Contact   in Colombia, an organization that is responsible for studying and disseminating information related to the subject.

Chaves Ariza, is one of the people who has been in charge of divulging the strange events that happen in the Peña de Juaica; from strange lights to disc-shaped unidentified flying objects hovering over the area’s skies.

That is why he wrote the book “Juaica, the door of the gods”, where he recounts experiences, both personal and of locals and other visitors. 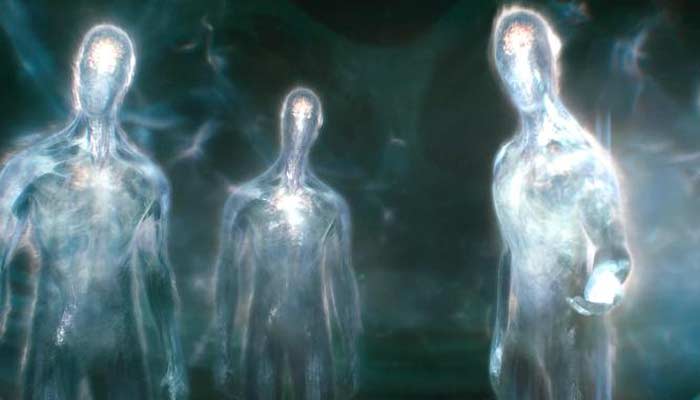 Many experts claim to have sighted aliens on the mountain Among his personal experiences, the night in which he had visual contact with beings from other worlds on September 24, 1994 stands out. And of this experience, he assures, there are approximately 15 witnesses who camped with him.

Chaves recounts how strange orange lights appeared in the sky and one of them settled on a tree, giving way to humanoid figures . He assures that these beings were in the place for about 20 minutes .

He also relates how during the day, a UFO was placed on that same tree . The strangest thing is that the sick people who touched that tree after the event began to heal . It is for this reason that it is known as “The Tree of Life.”

Juan Sebastián Castañeda Soto is another person who ensures that the Juaica mountain could be a kind of portal that allows beings from other worlds to make interdimensional journeys . 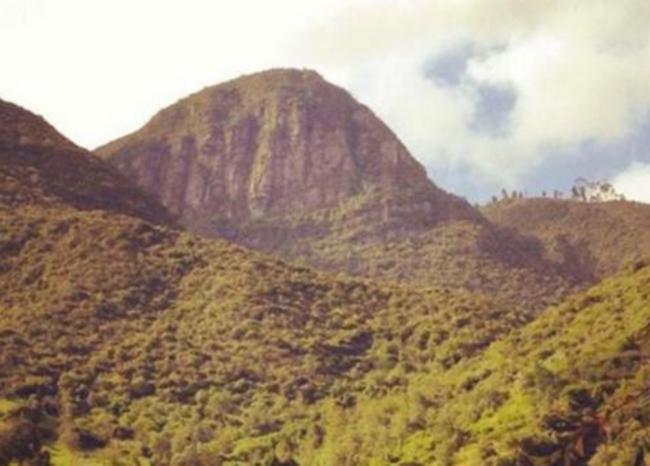 The psychologist and researcher has lived in Tabio for 15 years. He is convinced that we are not alone in the universe, and his experience at the “Gate to Infinity” confirms this.

From his stories, he assures that from a friend’s house he saw that, on the Rock, there was an extremely bright and large blue light that moved at great speed, hiding in the mountain. The same case happened to journalist César Eduardo Bernal Quintero, a worker for Radiodifusora Nacional de Colombia.

Bernal comments that all those who were born in Tabio live the same experience as the people who live near the Pyramids of Egypt . The Universe touches them in a different way.

He assures that in Tabio it is enough to open the windows of their houses to observe an imposing mountain full of mystical energy that invites us to know more about our origins.

He expresses that the strange events that occur in the Peña de Juaica could be approached from different perspectives; from the scientific, historical, anthropological and, obviously, the paranormal. 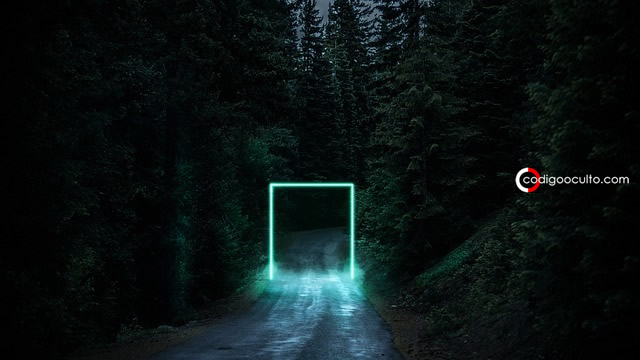 The presence of lights and unidentified flying objects in the Peña de Juaica comes from ancient times, hence it is known as the “door to infinity” or the “door of the gods.” For this reason, it is not difficult to think that it is really an interdimensional portal …