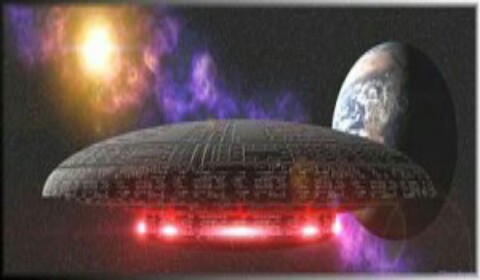 Updates from the Spiritual Council and Galactic Federation of Light

Gaia (our beloved planet) previously was a pristine place with only occasional disruption. These disruptions were times when new ecosystems were introduced and new species obtained a period of domination.

These periods generally lasted for many hundreds of millions of years. You arrived when such a change had recently happened.

This surface had more continents and smaller oceans. A general balance was in effect. Your ancestors realized this and at first used their ethereal-like state of consciousness to adapt themselves to this realm. Later, they explored Inner Earth and immediately understood that their guardianship extended to both realms.

Over hundreds of thousands of years the Lemurians graciously were able to oversee Gaia and her numerous ecosystems. While doing this, the Lemurians welcomed new colonists and began to forge a network of lands, and carried out their stewardship with love, grace and divine wisdom.

Tales were told to each new generation, which in turn added to this ever-growing history. A long relationship with Gaia had preserved her unique chain of diverse life forms.

This serenity was to be broken by the sudden actions of Atlantis. These actions sank Lemuria, cut off Agartha from Gaia’s surface and made Atlantis the dominant land on Gaia’s surface realm! Your long, dark age had begun!

Your world is actually two. One is Inner Earth and the home of your Agarthan cousins. They are the last remnant of the colonists that seeded Gaia some 900,000 years ago.

At first, they occupied the continent that most of you call Lemuria. Eventually, they moved a part of their colony to inner Earth. It is this latter group that became the last vestige of what Lemuria was about.

The Atlanteans attacked and claimed the surface realm for themselves. This eventually led to a simmering conflict, which boiled over some 13 millennia ago.

The Atlantean attack on ancient Ionia (southern Europe) backfired and caused the ancient gas chambers that held up the land to explode. Atlantis sank beneath the sea.

What was left after a grand migration by the Atlanteans to another star system was your limited-conscious ancestors and the Atlantean’s successors, the Anunnaki. These two groups forged the next 13 millennia of your history.

The so called “Golden Ages” of your history were your first set of experiences with the Anunnaki as your new masters. Even the ancient Chinese, Mesopotamia’s, Indians and Egyptians knew just how long ago this happened.

Our assigned task was to watch over you and intervene only when Heaven so agreed. This policy led to a number of messianic missions and the rise of numerous religions, which the Anunnaki and their minions altered to what they thought was fully acceptable for their evil purposes. The consequences of their actions developed into the hatred and divisions that continue to plague humanity even to this day.

This history is vital for you to understand what is occurring. Your world woke up and is currently working diligently to correct the major errors of the past. The most important of these errors is obeying an authority that wishes harm to its people and bring destruction to the world.

Further, humanity is learning how it can assist, instead of continue to harm Mother Earth. This enlightened action is causing reactions that are leading to a new epoch for humanity.

It is also preparing you for DISCLOSURE.

Many of you have lived through a similar time such as the demise and destruction of Atlantis. Those memories are still held deep within your subconscious and may evoke fear when you feel you are facing another catastrophe. However, this time as most of you are aware there is to be different ending as divinely decreed. (SaLuSa, March 9, 2012.)