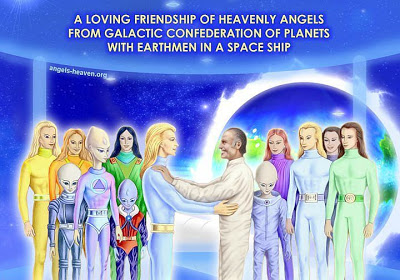 Those that do not learn from history are doomed to repeat it.

The history of the UFO field has many, many examples (some of which I’ve collated below) of predictions of imminent official disclosure of the existence of alien visitors. Headlines claiming that UFO “Disclosure” is coming soon have been made by popular UFO authors and lecture-circuit speakers for decades. Specific dates or time period (often measured in mere months) until the grand revelation of the Truth have been common but all such predictions have failed.

Even those that support the view that at least some UFO sightings probably have some exotic cause (whether aliens, time travellers, inter-dimensional beings or some other non-mundane explanations) have recognised the frequency of such failed predictions of Disclosure.

For example, Richard Dolan has written that “Since the beginning of the UFO cover-up, interested observers have expected an imminent disclosure … The feeling that Disclosure is imminent surfaces every few years, like Ahab’s White Whale” (in his book “A D : After disclosure”, Chapter 3).

Similarly, journalist George Knapp has been reported as saying that every year since he has been following the UFO topic he has “heard predictions and pronouncements that this was the year when the government was going to throw up the hangar doors, show where they’ve been hiding the flying saucers, and finally come clean. It never happens” (in an article entitled “Friend or UFO?” in the Charlottesville “Daily Progress” newspaper on 31 January 1999; republished in the “UFO News clipping Service” issue number 356, 1993 March).

Some skeptical researchers and those with an interest in sociological aspects of the history of this subject have previously collated some examples of such predictions (particularly Martin S Kottmeyer, Robert Sheaffer, Phil Klass, and Ulrich Magin – cited in relation to some of the examples below). Robert Sheaffer, one leading skeptic, has commented that “UFO proponents have mercifully short memories when it comes to recalling embarrassing predictions they have made of an approaching end of UFO secrecy” (in his book “UFO Sightings”, at page 164).I have collated numerous examples of such predictions below, with a focus on predictions which gained the most publicity. (I have not sought to include every Internet blog post that has suggested Disclosure may be imminent). The list is, I am absolutely certain, far from comprehensive. I have vague recollections of many similar statements but only wanted to include predictions for which I could find precise details.These examples are, I hope, sufficient to illustrate some of the tendencies in the UFO field that have resulted in some failed predictions. In relation to many of these failed predictions of imminent Disclosure, the reasons for the prediction were given.Most of reasons given as the basis of these predictions can be grouped together as follows:(1) A perceived recent increase in the frequency of UFO sightings and/or media coverage of sightings. UFO sightings have long been recognized as appearing come in “waves” or “flaps”. (The explanations for this are rather contentious, with theories having been put forward over the last few decades ranging from the sociological to the astronomical). The facts surrounding the predictions below indicate that it has been fairly common for a wave of sightings to be viewed as heading towards some sort of climax. That climax has been perceived in relation to many of the predictions below as grounds for considering that an official recognition of UFOs is inevitable within a matter of months. (Such waves have also caused many predictions that open landings of UFOs will take place in the relatively near future – but that’s another story).(2) A perceived recent increase in the frequency of media coverage of UFO sightings (or the respectability of the media coverage, e.g. particular newspapers covering the recent). This is closely related to the above point and similar has often involved a form of extrapolation. Patterns have been perceived (arguably a form of apophenia, which have formed the basis of a belief that governments will soon be compelled to admit the Truth.(3) A perceived increased in releases of documents or comments by government officials or others (including scientists and the Vatican) on issues relating to extraterrestrial life, and/or media coverage of such releases. In the context of the failed predictions below, those releases have often been viewed as the early stages of a “program to prepare the American people” and a perceived trend has been extrapolated by some researchers to a full disclosure of the existence of aliens within a short period.(4) Information allegedly provided by government “insiders”. In most cases, the relevant “insiders” are unnamed and/or said to be confidential. In relation to many such instances, given the failure of the relevant prediction, it is reasonable to question (in the light of any evidence to the contrary) the alleged source even existed. However, in a few instances the relevant UFO researcher has been relatively credible or named a source. The failure of the relevant predictions in the latter instances provide cause for caution when approached by any “insider” as to whether they were in fact in a position to gain the knowledge they allege to possess and/or whether they are trying to deceive the relevant UFO researcher (and, through them, the public or potentially other governments).(5) Purported psychic insights : Psychics have, um, a poor record in relation to their predictions of imminent UFO disclosure…Apart from providing some insight into the causes of such predictions (and lessons to be learnt from the errors made in relation to them), the examples below also indicate some effects from such predictions. Notably, the failure of such predictions has rarely (if ever) appeared to have adversely impacted the support for the person making the prediction.(This will probably not be a surprise to those familiar with the book “When Prophecy Fails” by Leon Festinger et al).

Taking one of the earliest examples below (Donald Keyhoe, 1950), the making of a prediction in Keyhoe’s first book which subsequently failed did not prevent that book (and subsequent books by Keyhoe) having considerable success, or prevent his group (NICAP) being viewed as one of the more influential and credible groups in the history of ufology.

Several others that have made predictions in the examples below appear to have gained considerable publicity as a result of their claims, with little if any adverse effects on their perceived credibility when their predictions failed (or, indeed, much comment or questioning about the grounds for any sensational claims they had made that proved to be ill-founded).

Unfortunately, this arguably indicates that being right (or even ensuring you have credible evidence before making incredible claims) is less important in ufology than merely being entertaining.

(These points should not, of course, be taken as suggesting that governments and skeptics are always correct in their statements. At some point, I really should post details of various statements by government officials regarding UFOs with proof they are untrue).

Love and Regards,
Thank You.
We have Never Been Alone !!! ~~~ We are The Disclosure !!!
Nancy Thames
Share on social media Share on FacebookShare on TwitterShare on LinkedinShare on PinterestShare on XingShare on Reddit