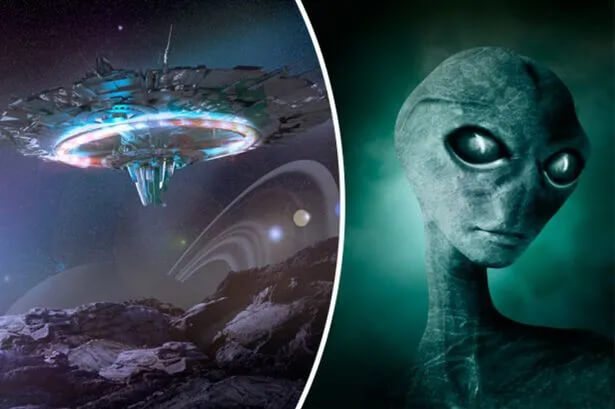 William Tompkins was one of the most secretive scientists in the United States. Tompkins first designed sea ships and then spaceships. In July 2017, at a press conference, he made an unprecedented statement. He worked for the Douglas Aircraft Company with aliens. It was 4-7 years before NASA appeared. Two years before the interview, he wrote a book about working together with an alien civilization, and it shocked the world. Journalists hunted for the engineer, demanding to talk about the role of alien intelligence in a secret space program.

In addition to these statements, Tompkins claimed that during World War II, the Nazis received technology from aliens, due to which they were able to build huge underground factories in Antarctica. Thousands of workers were taken there and in these factories, they made flying saucers.

Tompkins said that those technologies were transferred to Germany by the Draco civilization (alien civilization). They built spaceships in Germany trained the Germans during the war. Draco’s plan was to eliminate humans on Earth.

A month after the shocking conference, William Tompkins passed away.

At first glance, all his statements are fantastic. But there are several facts that suggest that Antarctica is still hiding some terrible secret.

In 1947, American naval officer Admiral Richard Byrd, together with a squadron of 13 warships, sailed to Antarctica. And the reason for the expedition was the secret documents found in the archives of the Nazi Navy General Staff.

According to them, starting from 1938, under the ice of Antarctica, the Germans settled a new land, Swabia. A huge transport ship was built to deliver goods there. Dozens of submarines were involved in the operation, and highly qualified specialists were sent to the base without the right to return back.

In 1945, after the defeat of Hitler, US intelligence officers discovered a number of documents. They confirmed that Germany was indeed exploring the under-ice space of Antarctica.

After the war, the Americans landed in Antarctica and began building an airfield. But instead of 6 months, their expedition lasted a couple of weeks. Admiral Byrd did not take seriously the warning about possible encounters with UFOs. And when mysterious objects appeared in the sky, they opened fire on them. As a result, the squadron lost several submarines and several escort ships. Half of the planes were shot down. And two aircraft carriers were forced to turn back.

Over time, most of the German developments and German scientists ended up in the United States. In this case, the assumption is quite realistic that the Americans still managed to come to an agreement with the aliens, and the secret bases of the fascists in Antarctica at the end of the 40s came under US control.

Tompkins said that three aliens had landed in Las Vegas. He spent two weeks with them and then moved to Douglas. One girl was a specialist in engines, another was in charge of contacts with him. And there was also a guy that helped them. Because of this meeting, the Apollo program began.

American newspapers in the late 40s of the last century were full of information about UFO sightings. Byrd’s expedition was curtailed on March 3, 1947, and articles began to appear in the press as early as mid-May 1947, so this is an interesting coincidence.

According to Tompkins, two forces from different parts of the galaxy helped them. These aliens are collectively called Nordics.

But why is nothing visible in Antarctica from satellites? And here, the researchers made the assumption that these objects are hidden from the eyes of earthlings in a parallel world.