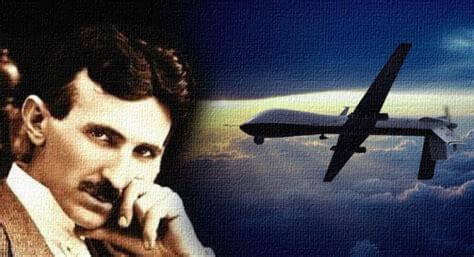 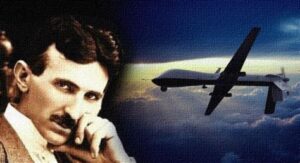 A little over a century ago, physicist and engineer Nikola Tesla had devised a “machine” with the ability to fly over cities to deter humans from causing conflict. The first drone? Nikola Tesla patented a Drone?

Nikola Tesla was a genius and a man ahead of his time. Not only did he manage to change the world with revolutionary inventions such as alternating current, but his imagination allowed him to anticipate his time by predicting the creation of television or cordless phones.

But he did not stay there, because as the technologist Matthew Schroyer has discovered investigating his patents, the Serbian inventor, engineer and physicist also described the current combat drones.

He spoke of them as machines or ships that could be remotely controlled, and that would sow peace in the world thanks to their destructive power.

In his patent “Method and apparatus for controlling the mechanism of ships or moving vehicles” granted on November 8, 1898, Tesla wrote that his invention would not require cables or electrical conductors.

It was, therefore, a ship or vehicle that could be controlled through waves, impulses or radiations that would be sent to it through land, water or air. A drone.

At that time radio waves were a novelty, were described in 1867, and began to be used for communication in the 1890s.

Tesla saw in them a great potential, and not only to send packages and supplies such as drones that Amazon is designing but also as a combat weapon like UAVs used by some governments.(Nikola Tesla patented a Drone)

In the patent, Tesla wrote that it could be used to “carry letters, packages, supplies, instruments, objects or any type of material, and to establish communication with inaccessible regions or explore the conditions in them.”

To that, I added that it could also be used to “kill or capture whales or other animals of the ocean, and for many other scientific, engineering or commercial purposes.”

“But the greatest value of my invention will be its effect on war and weaponry,” writes Tesla. “Because of its safe and unlimited destructive power, it will tend to provoke and maintain permanent peace among nations.”

The peace we do not know if they will bring it, but the current combat drones have much in common with what the Serbian inventor patented more than a century ago. What do you think?