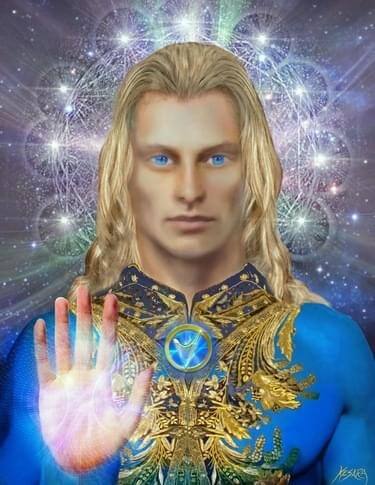 I am Ashtar, Commander of the Galactic Federation of Light, I am happy to give you an update today on our progress in the elimination of the common enemy the Darkness on and around Terra Christa.

I mentioned that we have daily encounters with the corrupted souls. This time Reptilians and their allies were bringing new and more advanced technology to Earth, which they wanted to use with satellites to spy and control everyone within a more invasive way than before.

Our Light Forces recently got in battles with the Negatives Ones near planets like Mars, Pluto, and Red Planet, as in these locations the Dark Forces were stationed and preparing to implement an intrusive piece of equipment on humanity, and while also making other plans to target Mother Earth.

The Light and Dark Forces each had about 500,000 ships total from the 3 different battles. The Galactic Federation had a strategic advantage over the Negative Fleets, we surprise attacked them, they were not expecting it. The Negative Ones didn’t think we knew about their operation. We received a key intelligent report from a Reptilian who works in the Federation of Light.

Our Federation, including many civilizations, who help us to fight the Darkness, are tired of their constant dirty tricks in trying to get in the way of completion of our mission and your Ascension Process.

My fleet and our allies stopped their new attempt to interrupt the process of liberation here on Gaia. The captured enemy souls have been sent to be repurposed or erased depending on their remorse or willingness to change. Their ships were completely destroyed, except for only a few, which were able to escape.

Please, understand these battles are necessary events, which remind you of science fiction movies in your reality, in order to remove the control of Reptilians and others from here. They don’t want that this part of the Galaxy would become free. The Dark Entities are aware of the strategic importance of this location for many reasons. One of them is that millions of starships pass by near this planet.

The corrupted souls never stop trying to create unexpected obstacles, and they definitely still want to continue to dominate on Earth, even though they know that their days are numbered here.

I, Ashtar expressing my gratitude to the Ones, who are continuing to spread Light and Love on the ground.

I also want to clarify something else to the ones, who are saying that I am not real and the Galactic Federation of Light doesn’t exist. Yes, I am Ashtar, and I have been Commander for a long time, and I went through millions of different types of situations. They are trying to confuse you and take away your confidence about being the Light and discourage you from spreading Light and Love around the world.

Also, I have a direct message to the Dark Ones, who read our messages, stop attacking the Light Workers, Light Warriors and etc., you are losing your battles, my fleet and I are coming for you.

I am Ashtar, and I am sending to My Brothers and Sisters my Love and Light. Thank you. Your Victory And Freedom Is Coming, Never Give Up!