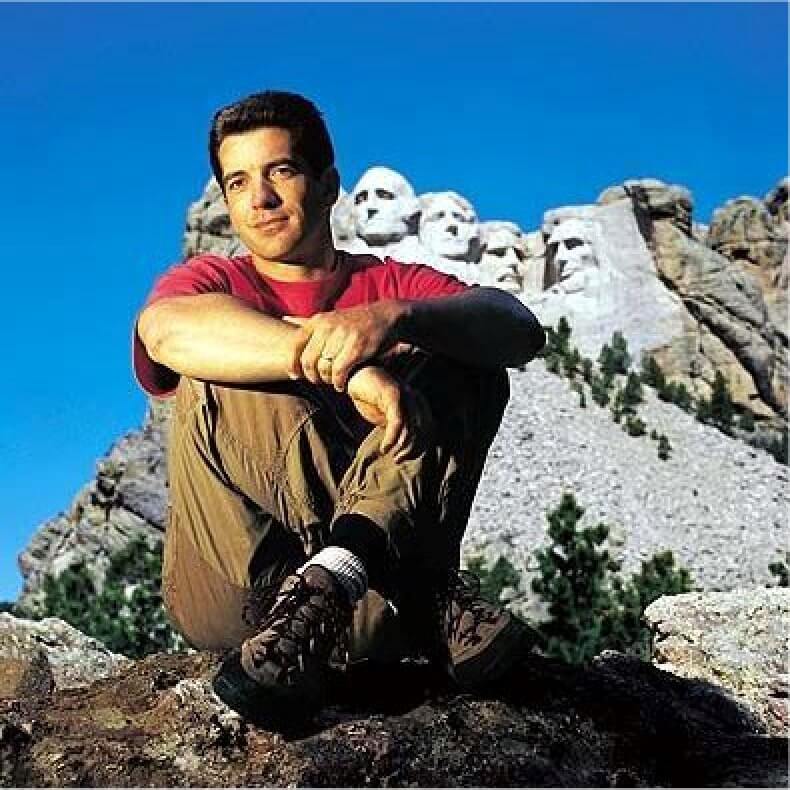 New hints recently surfaced this month regarding John F. Kennedy Jr’s death.  Was it staged in order for him to avenge his father’s death by the Deep State?

Is it just coincidence or a mystery why John F. Kennedy Jr’s name keeps popping up in the collective consciousness?

Recently, we saw the cover of his last GEORGE Magazine make the news with not only the photo, but the headlines:

Was it yet another “coincidence” that there is a full moon above Mount Rushmore in this magazine cover while THIS YEAR, one of JFK Jr’s best friends, President Trump, was at Mount Rushmore on July 4th (Independence Day) 2020, when there was a FULL MOON on that day?

Look at the headlines.  Is it a coincidence that Bill Gates and Hillary Clinton (both are Deep State operatives) are mentioned?  Specifically, “Indictment Day: Will Hillary Get Busted?” and mentioning Bill Gates and “World Domination” in the same title?

Delving further into Gates, he stated the following in this particular issue of George magazine:

“Worst case scenario? An over-populated planet choked to extinction by a lung-attacking virus.”

Many people have speculated that JFK Jr may have faked his death in order to avenge his father’s death.

In a year that he would have most certainly beaten Hillary Clinton in the New York race for Senator, JFK Jr’s plane mysteriously crashed into the ocean.

While many, on face value, could see this as possibly being one of the many Clinton Body Counts, this may have been an incredible strategic maneuver by JFK Jr in a grand scheme to sink the Deep State, who many feel were responsible for his father’s death.

Many believe that JFK Jr is part of the Q Team and is working with the President in draining the swamp.

I was part of the plane wreckage rescue team. We looked for JFK Jr’s plane for a period of about 19 hours and I cannot confirm his death. Matter of fact, I can neither confirm, nor deny.

Check out this tweet. It features a Skype interview with Robert Kennedy Jr, who is JFK Jr’s cousin. Note the comments scrolling on the screen. There is one comment: “TOUCH YOUR NOSE IF JFK JR IS ALIVE”.

I got the video. Watch what Robert Kennedy Jr does. He is (sic) very deliberately touches his nose with a little smile.

July 16th is the 21st anniversary of JFK Jr’s disappearance.

The number 21 is synonymous with Blackjack. Jackie Kennedy’s father was known as Blackjack because he was a gambler.

There was a black riderless horse in JFK Sr’s funeral procession. The horse was named Blackjack.

I am only the messenger and this was only just a bit of fun, but hey, wouldn’t it be amazing?

Remember, where we go one, we go all.

Again, I am Michael. This is the Patriot Hour. God bless. Godspeed to each and every one of you.

I found this video most intriguing for two reasons.

1. We now have someone on record stating that JFK Jr’s remains were never found.

Is it possible that this is all just a bizarre series of coincidences or is there something much grander going on behind the scenes?

Regardless, MANY dominoes will fall with the recent arrest of Ghislaine Maxwell. The Deep State and Entertainment Industry is truly panicking.

Wouldn’t it be the icing on the cake if JFK Jr was truly alive and orchestrating the demise of the Deep State?

45 thoughts on “NEW Hints That JFK JR Is ALIVE!”