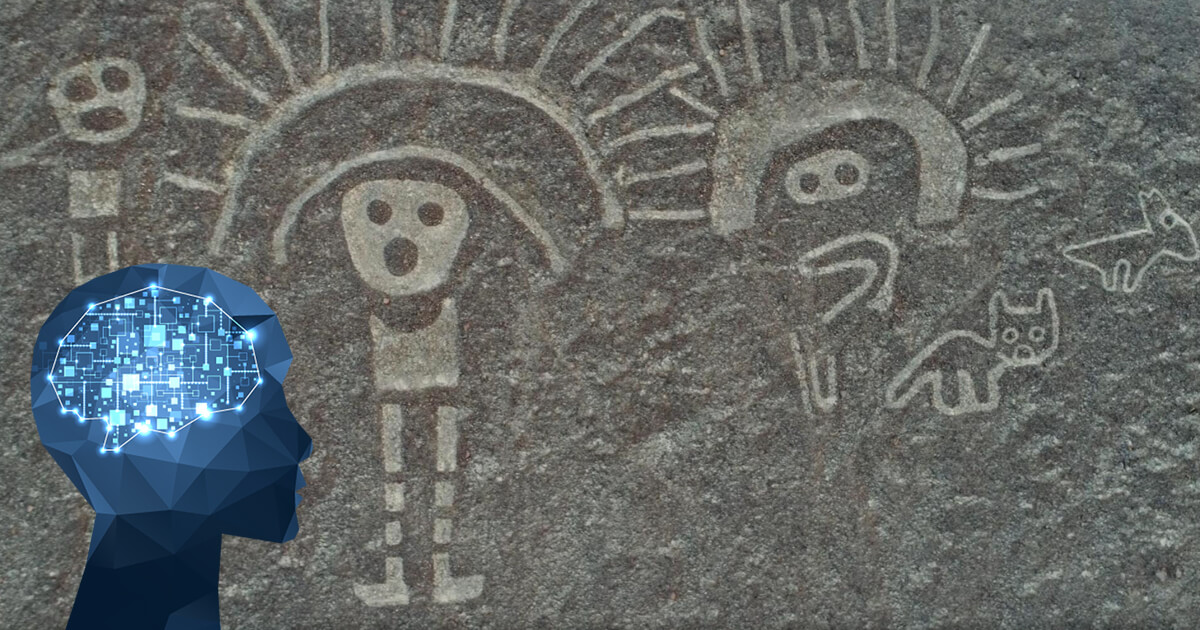 New Ancient Figures Discovered at Nazca With Help of Artificial Intelligence March 23, 2021 Articles More than 100 ancient sand drawings at Peru’s famous Nazca Lines site have been identified using artificial intelligence. Since its discovery in the 1920s, a series of enigmatic earth sketches known as geoglyphs in Peru’s central desert has captivated scientists and tourists. 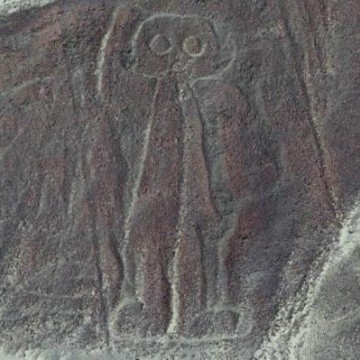 The Nazca Lines, which are best seen from the air, span an area of around 500 square kilometers and date back 1,000 years. For years, archaeologists have been fascinated by the site’s history, with some writers suggesting they are linked to UFOs or aliens. 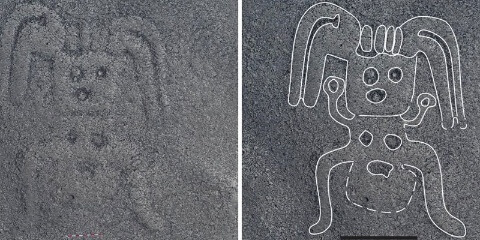 Researchers from Japan’s University of Yamagata claim to have discovered 142 new geoglyphs using artificial intelligence (AI) technology. They include animal representations such as snakes and monkeys, as well as a human-like figure carrying a stick. 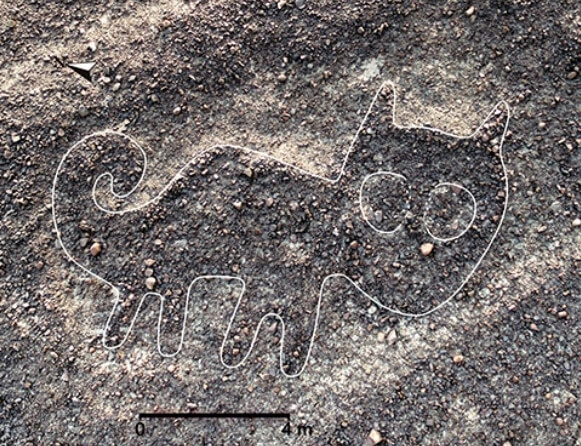 According to the university, the geoglyphs were most likely produced between 100BC and 300AD, and the majority are in poor condition.