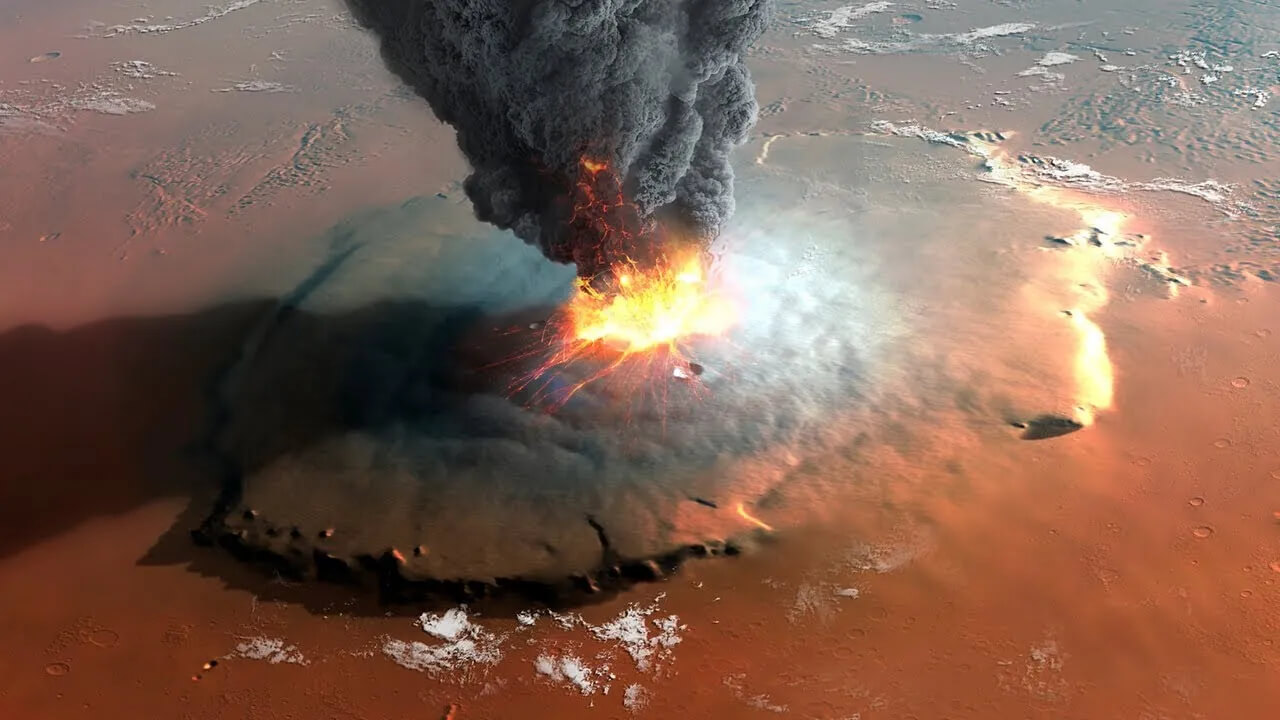 TheSimplySpace
Mars has fascinated mankind for centuries. Named after the Roman god of war, the Red Planet is the epitome of an alien celestial body. Its exploration is currently one of the most important projects in the field of modern space travel. A short time ago, NASA’s Perseverance rover landed on the surface of the legendary planet. The first high-resolution images sent to Earth by the renowned space agency made our jaws drop. However, given the dust-covered surface of Mars, the assumption could quickly arise that the Red Planet is a seemingly lifeless celestial body that lacks any geological and volcanic activity. However, as a recent sensational discovery from the ranks of astronomers shows, Mars could still be home to more life than experts had previously assumed. This discovery suggests that Mars still possesses active volcanoes. In the following video we’ll reveal what these might be like and how they differ from the Earth.
Please remember we all have different opinions, Think Before You Speak or Write Something that is cruel to Others. After all, We are only Humans. Wishing you clear skies and wide eyes. To share your experiences or just leave a comment there is a area below. Read or listen.