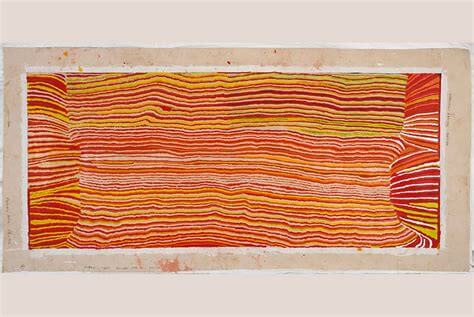 Everything is written in our DNA like a map yet few people remember how to read it. The whole universe is within us and we are literally made of stardust. The most ancient people inherently knew this long before we had science to verify it. How is it that today we question this basic truth and consider ourselves as somehow separate from the air, water, soil, and galaxy that surrounds us? Galactic contact at this stage in history might be as simple as humans coming back into alignment with their own true nature. What we seek might not be out there, but right inside. Luckily there are many traditional stories from antiquity to guide us on our journey of remembering.

For decades, science popularizers have said humans are made of stardust, and now, a new survey of 150,000 stars shows just how true the old cliché is: Humans and their galaxy have about 97 percent of the same kind of atoms, and the elements of life appear to be more prevalent toward the galaxy’s center, the research found. -Elizabeth Howell, Space.com

Ancient City of the Star People: In the majestic red rocks of Sedona are ancient ruins known as Palatkwapi. It is named this by the local ancient Hopi People and is known as “The City of the Star People”. It is said to have been built by celestial deities known as Kachinas. The Hopi are primarily an oral tradition people which means that they keep their histories alive through the spoken word, dances, songs and other cultural practices instead of written words or books. One might naturally wonder why a story about Star People would be so important to be passed down through the millennia?

Their oral histories and knowledge of migrations is vast and also guarded. They tell stories of previous worlds that humanity has lived through and the distinct lessons of these worlds. According to these stories we are at the end of the 4th World, which is marked as a time when our heads and hearts are disconnected. The coming 5th World is said to be a great time of healing and peace when our head and heart are once again in harmony. Modern scientists call this psychological-emotional state, “mind-heart coherence” and they have done extensive research on the physiology associated with it.

Palatkwapi is said to have been built as a sort of book that tells the story of humanity’s evolution through the ages. Only those who know the oral histories can “read” what is written in the stone architecture and the land surrounding it. Each level or “story” of the ceremonial building at Palatkwapi tells about each of the previous worlds. Before this 4th World humans learned many things. They still believe today that the greatest knowledge comes from understanding how The Great Spirit works within the human body, the land, and the animals. It is told that there is a doorway at the top of our head known as, “Kopavi” that connects us to the Gods and the Star People known as Kachinas. Many of the problems of our world are believed to be the result of humans being disconnected from our body, from our heart, from the land, and the “Kopavi” because the open-doorway at the top of our heads connecting us to the stars has become closed.

Each of our previous worlds was destroyed according to these stories. In the words of Grandfather Andrew of the Bluebird Clan, “The footprints of our journey here from the previous world are now buried beneath the ocean.” During these cataclysms it is told that humans were helped to survive by supernatural beings. The “Anu Sinom” or “Ant People” brought humans down into caves and caverns to protect them during earth changes. Meanwhile other humans are said to have joined the Star Beings who could travel “outside of time.”

We Are the Technology: When I was younger I had the pleasure to spend extended time with Grandfather Martin Gashweseoma of the Hopi Fire Clan. He wanted some of his stories to be shared so he invited me and some friends to join him at The Second Prophecy Rock (see video below). On this day he spoke for hours about how technology like cell phones and the internet are part of our evolutionary journey. That we dreamed them into reality from our DNA and that if people with good hearts use this technology we can heal the world. He also said that if only people with bad hearts use this technology we will destroy everything and have to start again back in the First World.

It seemed so strange to hear these words from a man who was over a hundred years old that lived in a stone house with no running water or electricity up on a mesa in the painted desert. Perhaps our future is actually ancient and has been known since the beginning of time? I promised him I would keep the stories he told me and that I would use technology to share these teachings over time.

It is truly amazing to really recognize that even our smartphones are merely earth elements like minerals and metal melted down and brought to life by the electrons that circle our planet making electricity. We look to the technology for answers while forgetting that the technology is literally born from us humans. It is a tool that may help us or destroy us, but in time we will recognize that WE are the technology…

Common Themes Throughout the Americas: The Hopi have migrated to their current location from all over the Americas so it should be no surprise that these stories are kept and told in tribes across the land known as Turtle Island. There are pictographs of flying ships in some of the pyramids in Mexico. The Nazca Lines in Peru can only be seen from very high in the sky. Even today scientists are stumped as to how the Inca moved and shaped giant boulders to create their various temples. What knowledge have humans forgotten over the millennia?

You Are Not Alone: Do you enjoy thinking about these things and wonder if there is more to know about our history than what we were taught in school? If yes then you are not alone. Is there a roadmap right in our DNA that can guide us to reach our highest potential as beings? Is our mind like a radio that can pick up celestial transmissions when dialed to the right channel?

When we come together to share stories, celebrate life, and embrace the great mystery that we are all part of, then true magic can happen. If we are suffering from some sort of collective amnesia or if we are feeling disconnected from ourselves and our true nature then let this be a moment where the tides shift. It is time to end our 4th World of Separation and enter a 5th World of Peace by re-opening our Kopavi (mental doorway) to celestial insight. Maybe galactic contact is as simple as humans coming back into alignment with our own true nature, with each other, with our planet, and with the cosmos that surround us. Let’s make contact!