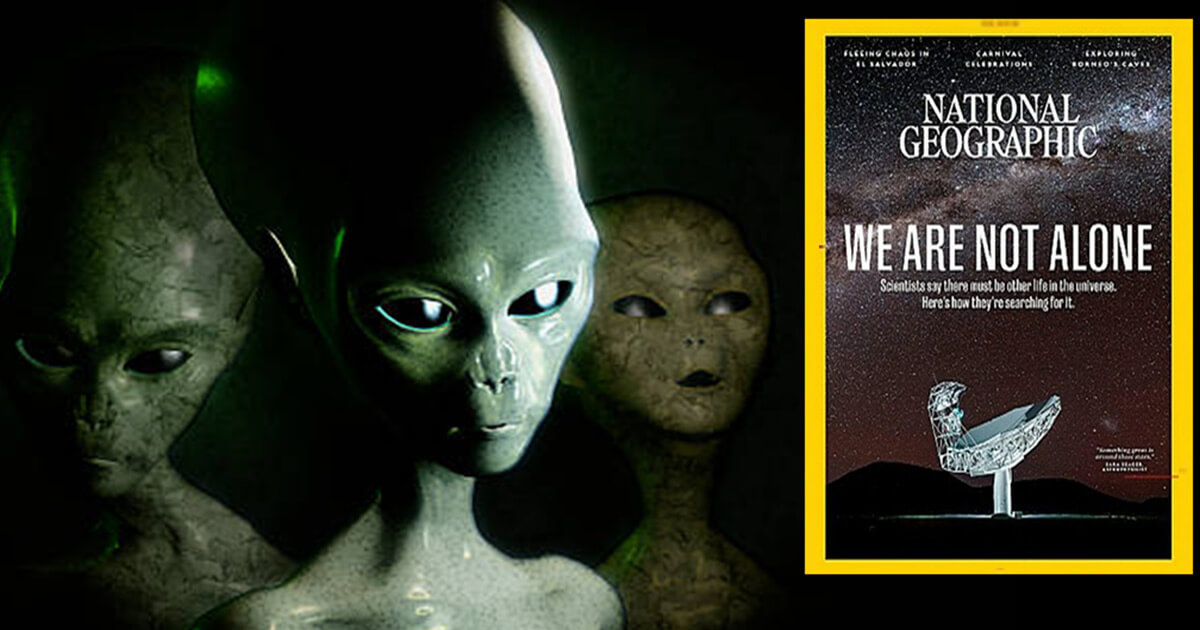 There are billions of stars and over a million habitable planets in the Milky Way galaxy alone.

The National Geographic magazine is making history with the front cover of the March issue, breaking all of the US government’s protocols of silence on the subject. We are not, nor have we ever been, alone. Different races of extraterrestrial beings have been watching and accompanying humanity since the dawn of time, and have even waged wars to own, dominate, or free us. People are not insane; many of them have been abducted, and many have witnessed various encounters or sightings of them.

The majority of these extraterrestrials arrive via portals. Many manifestations of portals and many alien ships that enter and exit our solar system have been photographed by NASA’s SOHO probe. On Earth, there are portals as well, and ships occasionally crash because they enter at the wrong speed or angle through these portals.

Of course, the world’s governments will claim that they have no knowledge of this. Isn’t that incredible?

3 thoughts on “National Geographic magazine, “We are not alone””